Damien Abad, who was expelled from the government's payroll, denounces "despicable claims"

Former Minister Damien Abad (Solidarity and Disabled People), was the subject of an investigation by Paris's prosecutor's for attempted rape.

Former Minister Damien Abad (Solidarity and Disabled People), was the subject of an investigation by Paris's prosecutor's for attempted rape. He was able to "defend himself without impeding any government action"

During the transfer of power, he stated that he would defend himself relentlessly until justice proves my innocence. "I regret leaving this ministry. My team and I were already working together, with enthusiasm, confidence, and responsibility. They did not give me the time to do everything.

He added, "I will fight against the evil movement that relegates presumption innocence to the rank unimportant old stuff."

1 From expensive to less expensive: Aldi is reducing... 2 Here's the complete list for the new Borne government 3 Disaster on the Marmolada massif: "The Dolomites... 4 After the death of at least six glaciers, search resumes... 5 Son Ludwig to see completely: Cathy Hummels ends four-year... 6 "Better Fish Than Botox": How Healthy Is... 7 Drome South Provence. Summer trips and investigation... 8 Mecklenburg-West Pomerania: Ummanz is Mecklenburg-West... 9 Baden-Württemberg: Fellbach: Despite the anger about... 10 Hesse: 100,000 euros damage after burglary in tunnel... 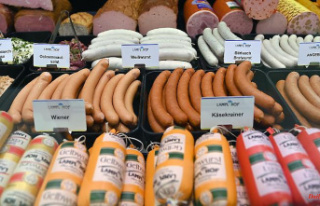 From expensive to less expensive: Aldi is reducing...