His close relationship with the Kremlin and his posts with Russian energy companies have repeatedly drawn criticism. 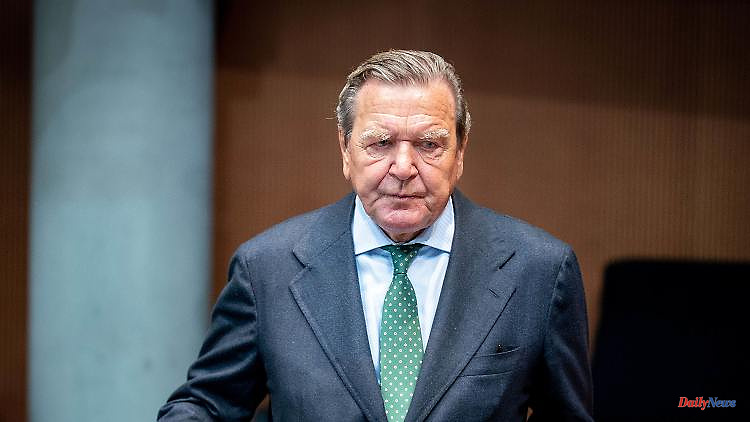 His close relationship with the Kremlin and his posts with Russian energy companies have repeatedly drawn criticism. Against this background, the privileges of former Chancellor Schröder are also being discussed. According to a report, concrete steps are now pending.

The budget politicians of the traffic light coalition want to delete the former Federal Chancellor and SPD member Gerhard Schröder's existing staff and offices in the Bundestag. As the "Bild" newspaper reports, citing coalition circles, the budget politicians from the SPD, Greens and FDP want to adopt a corresponding resolution in the so-called adjustment meeting of the budget committee on Thursday. According to the "Bild" newspaper, SPD parliamentary group leader Rolf Mützenich said, "we will launch an independent proposal for the office of former Chancellor Gerhard Schröder."

The reason for the deletion is that Schröder is no longer using the up to six offices and up to seven staff positions to which he was previously entitled. Schröder, on the other hand, is to keep his pension and his protection by officials from the Federal Criminal Police Office. The Union faction had demanded that the official equipment of the former chancellor be completely eliminated, apart from personal security.

On Tuesday, the traffic light had declared that they wanted to reorganize the equipment paid for by the state for former chancellors. The official appointments granted so far are based solely on "state practice" and would have to be checked, said FDP parliamentary group leader Christian Dürr. So far, there is no legal basis for what equipment former chancellors are entitled to. Green parliamentary group leader Britta Haßelmann said the coalition group was working on a proposal that would be presented shortly. There is a need for action - "independent of Gerhard Schröder as a person," she explained. Dietmar Bartsch, leader of the left parliamentary group, is also calling for a new regulation of the privileges for former chancellors, but rejects a regulation that is only tailored to Schröder.

The debate about cutting Schröder's equipment was mainly sparked by his commitment to Russia. Schröder has not only maintained friendly contacts with the Russian head of state Vladimir Putin for years, but is also chairman of the shareholders' committee of Nord Stream AG and chairman of the supervisory board of the Russian state energy company Rosneft. Schröder is also running for a post on the board of directors of the state-owned Russian energy company Gazprom.

1 Time to write history: the EL triumph could make Frankfurt... 2 Documents submitted in Brussels: Sweden and Finland... 3 Away from Russian energy: Luxembourg wants an EU-wide... 4 Doctors should be vigilant: RKI warns of monkeypox... 5 Often more than coincidence: Why some people didn't... 6 A maximum of 598 MPs: Traffic lights plan to downsize... 7 Most expensive private collection in the world: divorce... 8 30 degrees, hail, heavy rain: heat wave is coming... 9 Response to "Kinschal": US tests new hypersonic... 10 Opening debate in the Bundestag: euthanasia should... 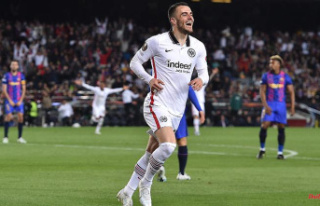 Time to write history: the EL triumph could make Frankfurt...