In Lithuania people shouted from tank to tank because of the unencrypted German radio traffic. 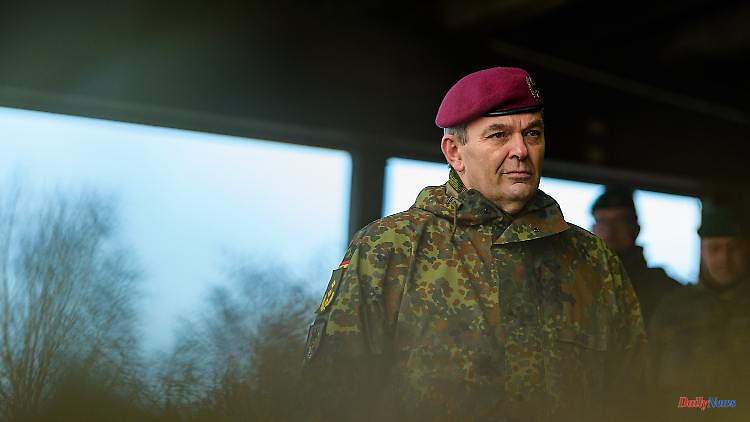 In Lithuania people shouted from tank to tank because of the unencrypted German radio traffic. That is reality, Army Inspector Mais points out. For the announced modernization of the Bundeswehr, secure communication is the top priority for him, followed by tanks and weapons.

The inspector of the army, Lieutenant General Alfons Mais, sees tap-proof communication as the most urgent task in the modernization of the Bundeswehr. "There is simply a lack of the ability to transmit data and voice in a protected manner," said Mais. Improving this "leadership" is the most important thing on the material side of modernization.

"The three priorities of the inspector of the army are command, command and command," said Mais, who is the top soldier in the army. "One example. Today, no entrepreneur, no politician is able to fulfill his or her mission with only a landline connection and a fax machine. Everyone is dependent on their smartphone and the applications available on it. In a figurative sense, this also applies to us, but we have to Normally, bring your own network with you, set it up and have it with you," said Mais. "We must have digital radios that allow us to operate command posts and transmit data and voice in such a network without anyone being able to overhear or paralyze everything."

The Chair of the Defense Committee of the Bundestag, Marie-Agnes Strack-Zimmermann from the FDP, supported the demand. "Information must not be intercepted by the enemy," she told the newspapers of the Funke media group. Modern communication is "elementary in warfare in order to communicate with international partners in action".

Mais pointed out that the deficits on the German side are already disrupting cooperation with allies. For example, the German-led NATO battle group in Lithuania drives a German Marder infantry fighting vehicle alongside the Dutch and Norwegian company commanders. "From tower to tower" was being called out, which the German commander had just openly ordered over the radio. "The Dutch and Norwegians can no longer hear us or are no longer willing to take on the security risk of unencrypted communication," said Mais.

In West African Mali, too, he was told that military partners had refused to communicate with German soldiers over the open network during joint patrols for security reasons. "They stop, you sit down, talk to each other, get back up and drive on. Unfortunately, that's the reality," says Mais.

After years of austerity and in response to Russia's war of aggression against Ukraine, the German government has brought forward plans to report an entire division to NATO as ready for action. The 10th Armored Division, which leads brigades and battalions under its command from Veitshöchheim in Bavaria, is to have the task of a fully equipped large unit for national and alliance defense. The 1st Panzer Division from Oldenburg in Lower Saxony would focus on foreign operations for a few years until all divisions were fully equipped with funds from the announced special fund of more than 100 billion euros.

The army consists of a third large unit - the Rapid Forces Division (DSK). Their soldiers - paratroopers up to the Special Forces Command (KSK) - are responsible for national crisis prevention, including evacuations abroad and rescuing hostages. In order to get an entire division ready for action in 2025, heavy equipment must first be concentrated there, as the Bundeswehr does with the brigades for the so-called NATO "spearhead" VJTF, said Mais. "We have already laid this path. But it must now be implemented faster and through more significant interventions than was previously planned with more time until 2027."

The number of Leopard battle tanks and armored personnel carriers is sufficient to set up this one division. The assumption here is that retrofitting the first generation of the Puma infantry fighting vehicle and entering the second generation of the weapon system will be successful. "Ultimately, my goal is for the army to have one light division and two mechanized divisions. The latter should each have a mix of quickly available medium and heavy forces that need to be tracked and wheeled," said Mais.

"The needs of the army are on the table," said the general. The "Digitization of land-based operations" project is of outstanding importance for protected communication and command and control capability. "If that is prominently displayed in the special fund, then the most important thing is done for me." 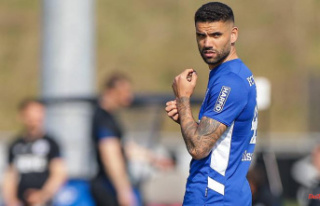