Hundreds of supporters of Shiite leader and influential Iraqi cleric Muqtada al-Sadr occupied the country's parliament for the second straight day on Sunday. Hundreds of supporters of Shiite leader and influential Iraqi cleric Muqtada al-Sadr occupied the country's parliament for the second straight day on Sunday. The previous day they tore down security walls around the building in the capital Baghdad's heavily secured Green Zone, which houses official buildings and foreign embassies, stormed the parliament and started a sit-in there.

With their protest, they want to prevent an alliance of Iran-backed parties led by long-time rival al-Sadr, former Prime Minister Nuri al-Maliki, from forming a government. Al-Sadr's supporters entered parliament for the first time this year on Wednesday. The events exacerbated the political crisis in the country.

On Sunday, the sit-in gave the impression of joyous celebration rather than a political protest. Al-Sadr's supporters danced, prayed and chanted praises to their leader in parliament. In the meantime, they rested on the mats they had brought with them. The scene differed significantly from what happened the day before, when protesters used ropes and chains to bring down cement walls around the Green Zone. Unlike the parliamentary storm on Wednesday, the crowd did not disperse this time either.

1 The disinformation of the Kyiv “Center for Combating... 2 DFB-Pokal: Gladbach sovereign - Augsburg and Schalke... 3 AirPod level for Android - with these headphones,... 4 Chronic exhaustion: Burn-On: The fine line between... 5 56,000 cases in France, wave of unprecedented magnitude... 6 Crime: Why did a 14-year-old have to die? Body found... 7 F1: Max Verstappen (Red Bull) wins the Hungarian GP 8 DFB-Pokal: Gladbach sovereign - Augsburg and Schalke... 9 DFB-Pokal: The favorites don't miss a beat, only... 10 "Tatort" repeat from Hamburg: On the Reeperbahn... 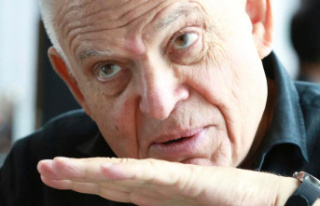 The disinformation of the Kyiv “Center for Combating...