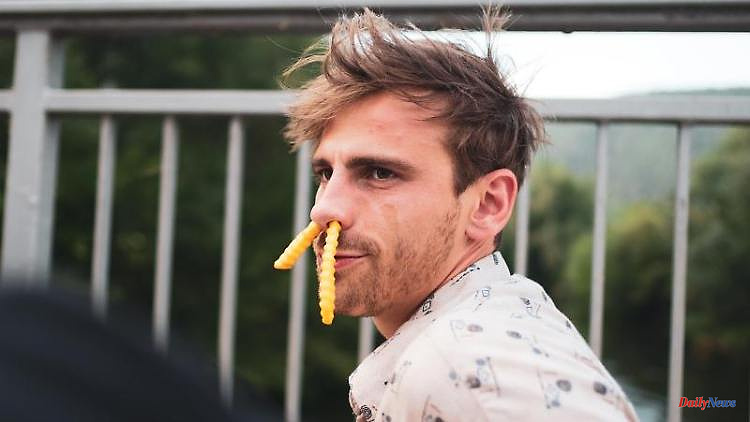 Two weeks ago, "ZDF Magazin Royale" uncovered inconsistencies surrounding influencer Fynn Kliemann, his mask deals and several donations. Since then, the allegations have been piling up and weighing more and more heavily. Now further e-mails are fueling the suspicion of fraud.

When Jan Böhmermann and his team surprisingly uploaded the latest episode of "ZDF Magazin Royale" to YouTube at the beginning of May before it was broadcast on TV, a house of cards collapsed not only for the person in the focus of the clip, Fynn Kliemann. The influencer's fans were also very disappointed, as he had apparently duped them and many others for two years.

On the one hand, the 34-year-old, who became known for his DIY YouTube clips and was able to place two albums at the top of the charts, is said to have sold mouth and nose protection masks together with the company Global Tactics at the beginning of the pandemic, which are said to be fair in Europe, but actually cheaply produced in Asia. He wanted to counter the "profit vultures" with the masks, which changed hands at the supposed cost price.

On the other hand, the Böhmermann editorial team had documents, according to which Kliemann and his business partner Tom Illbruck also passed on a batch of faulty masks - single-layer and with loose rubber bands - to refugee camps. At the time, Kliemann was celebrated for this, of course without mentioning the uselessness of the 100,000 masks, which were obviously not good enough for the trade - but for refugees. In addition, money is said to have flowed for part of the alleged donations.

Fynn Kliemann then claimed in several statements and interviews that he knew nothing about all of this, although the first messages that had been leaked to "ZDF Magazin Royale" suggested otherwise. Now more e-mails appear, which are available to the magazine "Stern" and which once again contradict Kliemann's version of events.

At the beginning of April 2020, the company Global Tactics announced mask donations via social media. The aid organization "We're Announcing It" was just putting together the Corona emergency aid for the camp on the Greek island of Chios, which accommodates 6,000 refugees. In an email dated April 9, 2020, it says: "We have just read your message on Instagram with great enthusiasm. Crazy what you can do. (...) We urgently need 6000 masks for the camp, as soon as possible. We Of course, we also accept smaller amounts, and of course gladly as donations. Is something possible?"

A day later, "We'll tackle it" received the following answer: "We can (...) offer that you pay for the masks normally, we would take over ten percent of the bill as well as the shipping costs as a donation. Get in touch if you're interested." The e-mail address is maske@fynn-kliemann.de. Miriam Tödter, member of the board of "We're doing it", now tells the "Stern" that she thought: "Fynn Kliemann, he's more famous than us. But he ticks the same way. One who fights for a good cause. Nobody , who wants to profit from the crisis, not a cold capitalist."

"We were still a small club back then and really didn't have a lot of money," continued Tödter. In retrospect, she feels "cheated". At a general meeting that was convened after the allegations became known, tears even flowed.

And other organizations apparently only received part of the masks and had to pay for the rest. And it wasn't even just a matter of cost, as they believed. Invoices received by "Stern" show that refugee helpers sometimes paid more than twice the production price. And in the signature of these invoices, the name Fynn Kliemann appears again and again.

Kliemann never tires of emphasizing that he has not cheated. In an interview with "Stern" he recently claimed to have only mediated contact between the aid organizations and the production company. "And then I mistakenly allowed myself to be celebrated in public for the campaign. I hardly had anything to do with it." In doing so, he becomes more and more entangled in contradictions, including in several videos that he uploaded to his Instagram channel shortly after the first allegations.

In the meantime, cooperations with Kliemann and Global Tactics have been terminated and he has been deprived of a sustainability award. All of this is probably right, as other documents available to "Stern" show. Kliemann's name keeps popping up in emails discussing the sale of masks to refugee camps. One of them is about 25,000 masks for "Sea Watch". This went to Kliemann's personal assistant, among others. He's "taking this up in the campaign with the other Greeks," she wrote. So it's hard to believe that Fynn Kliemann didn't know anything about it himself.

The emails were sent with signatures that have different addresses. Sometimes it's the old address of Kliemann's advertising agency "herrlich media" in Zeven, Lower Saxony, sometimes the new company headquarters a few meters away. However, Global Tactics does not appear. Kliemann has been a partner here - since 2021, i.e. after the mask deals.

The company posted another fundraiser on its Instagram channel in early March. This time they want to support Ukraine, Kliemann also wrote on his own account. As "Stern" found out, a significant portion of the donations have not yet been distributed. 95,000 euros are said to have been raised through the sale of clothing and art.

Kliemann's business partner Illbruck initially responded to the demand from "Stern" in an e-mail without knowing it, but shortly afterwards a little more than 24,000 euros went to one of the aid organizations that the company had previously listed. The money was managed by a participating gallery, Illbruck said afterwards. He promises that further donations will be paid out later this month. What is certain is that many will probably take a closer look now than they did in 2020. 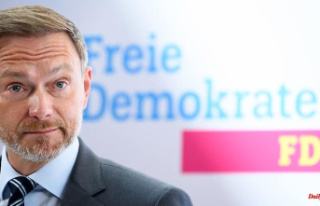 Person of the week: Christian Lindner will now show...