Diet: three questions about the link between nitrites and cancer risk

In a report published this Tuesday morning, the National Food Safety Agency (ANSES) warns of the risk of cancer linked to nitrites, particularly present in cold cuts. 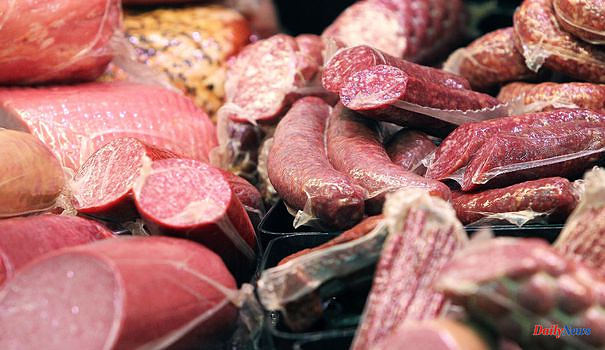 In a report published this Tuesday morning, the National Food Safety Agency (ANSES) warns of the risk of cancer linked to nitrites, particularly present in cold cuts. She also warns about the risks of nitrates, which are present in vegetables such as lettuce. The study confirms the risks already mentioned by various studies. In 2015, the IARC, attached to the World Health Organization (WHO), classified processed meat and in particular cold cuts as carcinogenic. According to this organization, their consumption is the cause of at least 4,300 cases of colorectal cancer each year in France, around 10% of the total number.

ANSES thus recommends "reducing the exposure of the population to nitrates and nitrites by proactive measures by limiting exposure through food". The government immediately reacted, in the process, by announcing "an action plan" in the fall to reduce nitro additives in food.

Nitrites are food additives aimed at preventing the development of pathogenic bacteria in deli meats, such as salmonella or listeria. This is also what gives the pink color to the ham. Nitrates are salts of nitric acid present in water and soils whose content is increased by human activity. Which means that we are constantly exposed to both nitrites and nitrates.

"About two thirds of dietary exposure to nitrates comes from the consumption of plant products", explains ANSES when almost half of exposure to nitrites is through cold cuts. When ingested, the two chemical compounds cause the formation of nitroso compounds. Some of them are found to be harmful to health.

This is the case, for example, of nitrosyl iron, the consumption of which is associated with an increased risk of colorectal cancer, according to the national research institute for agriculture, food and the environment (Inrae). “The higher the exposure to these compounds, the higher the risk of colorectal cancer is also in the population”, summarizes ANSES. The causal link has not yet been demonstrated, she said.

With regard to nitrites, they are mainly present in so-called ultra-processed products, which are found in the food industry. Confectionery, cookies, frozen pizzas, syrups, sweet fruit juices... These foods are everywhere on the supermarket shelves. Here, it is charcuterie such as ham or bacon bits that are singled out by ANSES. So, for several years, manufacturers such as Herta or Fleury Michon have launched ranges of "nitrite-free" ham. Is it better to opt for these products?

ANSES answers no: "These products called no added nitrite or zero nitrite contain hidden nitrates and nitrites", underlines the agency. The agency also warns against alternatives based on "plant extracts" or "vegetable broths", also strong in nitrates.

Beyond these ultra-processed products, the chemical compound is mainly found in vegetables or in drinking water. It is particularly distinguished in leafy vegetables such as spinach or lettuce. The Agency recommends to act on these natural products to continue the spreading of fertilizers and livestock effluents, adjusting them to the needs of the crops.

Individually, ANSES recommends limiting your consumption of charcuterie to 150 grams per week. However, for adults (18-79 years), the average consumption is currently around 40 grams per day, according to the Inca 3 study on the eating habits of the French. ANSES also invites industrial groups to reduce additives in charcuterie, by "taking measures to control the risk of contamination by these bacteria by other means". This reduction policy must therefore be adapted to each product.

"For example, for cooked ham, the reduction of nitrites could be accompanied by the shortening of the expiry date. For dry ham, this would suppose a strict control of the salt level and the temperature during the salting stages. , rest and ripening of the product", details the report. In February, the National Assembly had voted the principle of a "lower trajectory" of the maximum doses of nitro additives in charcuterie. Not enough, however, to imagine the ham disappearing from our plates immediately.

1 Inflation: For the first time in eleven years, the... 2 In the land of collectors 3 Electric car builder: So much for "gigantic money... 4 Yuck, zip, gurgle, quack... The surprising history... 5 New: Honda Civic Type R: Japanese firebrand 6 The exhibition to see: Eugène Leroy, a body-to-body... 7 Three Bundesliga players affected: Urologist Frank... 8 British doctors make a breakthrough: "It's... 9 Djokovic's "mistakes", a new planet... 10 The dilemma of the President of the Bundestag Bärbel... 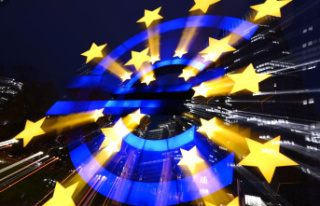 Inflation: For the first time in eleven years, the...