A long hunt for eggs: scientists have succeeded, thanks to X-rays, in the mystery of the interior of dinosaur eggs 200 million years old, which revealed tiny skulls of embryos, with similar development to those of modern reptiles, according to a study published Thursday. 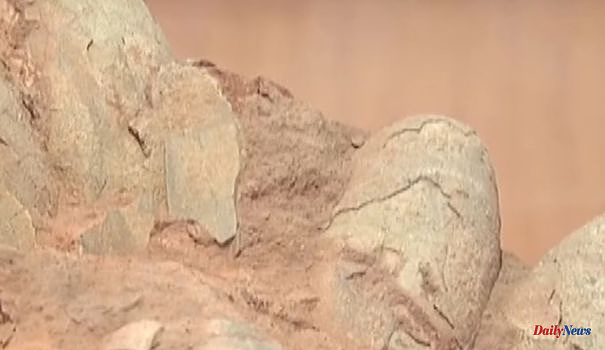 A long hunt for eggs: scientists have succeeded, thanks to X-rays, in the mystery of the interior of dinosaur eggs 200 million years old, which revealed tiny skulls of embryos, with similar development to those of modern reptiles, according to a study published Thursday.

These embryos of "Massospondylus carinatus", a herbivore 5 meters long, which are among the oldest in the world, were discovered in 1976 in the Golden Gate Highlands National Park in South Africa, and because of their fragility and Due to their very small size, they have long remained difficult to study, for lack of a non-destructive scientific method.

But in 2015, an international scientific team brought seven eggs (only three of which contained embryos) to the European synchrotron of Grenoble (ESRF) in France, to scan them, explains the study published in the journal Scientific Reports.

The powerful X-rays produced by the ESRF, via electrons accelerated to the speed of light in a ring more than 800 meters long, revealed an unprecedented level of detail, revealing even bone cells.

These data notably made it possible to reconstruct a 3D model of the skull of a baby dinosaur, only about two centimeters long. The scientists compared their results to embryos of the closest modern relatives of dinosaurs (crocodiles, turtles, lizards, etc.), and found similarities in developmental stages, including how the skull grows in the egg.

“What surprised me the most was how much younger the embryos were than we thought,” says Kimberley Chapelle, lead author of the study, explaining that they were only at 60% of their embryonic development.

READ ALSO >> Argentina: discovery of the remains of a new species of small dinosaur

They also had two types of teeth preserved in their jaws, the first of which "would have fallen out before hatching, just like geckos and crocodiles today." "They are smaller than the tip of a toothpick!" Adds the researcher from the University of the Witwatersrand in Johannesburg.

The study concludes that these dinosaurs "developed in their eggs in a manner similar to their reptilian relatives, whose pattern of embryonic development has not changed in 200 million years," according to a statement accompanying the publication. study.

1 L'Express audio offered: around the world in... 2 Animals: On the trail of the most beautiful monkey... 3 L'Express audio offered - Presidential: Valérie... 4 Operation Valkyrie: How the Stauffenberg assassination... 5 New Year: in big cities, public transport all night 6 What you need to know about the transition to winter... 7 "Boom Supersonic Overture": Flight from... 8 Southern Europe: Heat, drought, forest fires: Holidaymakers... 9 "Ecuroducts", plant bridges, nesting boxes... 10 "Here, the car is essential" 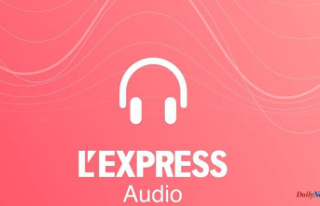 L'Express audio offered: around the world in...