More than ten years after her death, a feature film about singer Amy Winehouse is to be made. 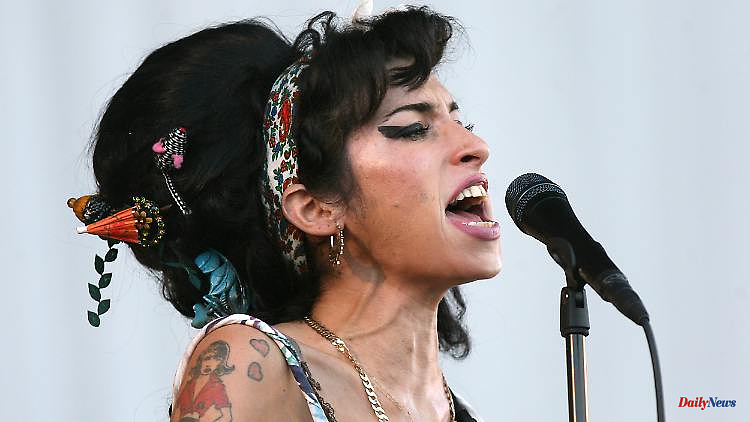 More than ten years after her death, a feature film about singer Amy Winehouse is to be made. Now the producers have been able to win "Fifty Shades" director Sam Taylor-Johnson for the project. It is not the first musician biopic for the Brit.

Fifty Shades of Gray director Sam Taylor-Johnson is directing a film about the life of Amy Winehouse. This is reported by the industry magazine "Deadline". "Back to Black" should be the title of the biopic, like a song and an album by the singer who died on July 23, 2011.

Since Amy Winehouse's death at the age of 27, Hollywood has repeatedly planned a film adaptation of her life. Among other things, a feature film with the Swedish Lisbeth Salander actress Noomi Rapace was under discussion, but broke up. In 2015, the documentary "Amy" came to the cinema. It won the Oscar for Best Documentary the following year.

Recently, another documentary project became concrete. Halcyon Studios planned the film adaptation of the book "Saving Amy" in autumn 2021, which had already been published in 2010. But Mitch Winehouse, the singer's father, opposed the project. The administrator of his daughter's estate declared the project "100 percent illegal". Only he owns the rights to the pictures of Amy Winehouse. In addition, Mitch Winehouse, who felt negatively represented by the documentary "Amy", is planning a biopic himself.

"Back to Black" by Sam Taylor-Johnson seems to be that film. Anyway, Amy Winehouse's estate executors reportedly gave the film their blessing. There is no actress for the singer yet. Amy Winehouse celebrated huge success with the album of the same name in 2006, won five Grammys and established herself as an exceptional talent. Her career was shaped by drug addiction, mental health problems and withdrawal.

Sam Taylor-Johnson has experience making films about great musicians. The Brit, who had previously made a name for herself as a visual artist, directed her first feature film about John Lennon. "Nowhere Boy" is about the younger years of the later Beatles. She then made her first big-budget film, Fifty Shades of Grey.

1 Like Jürgen Drews: Ralph Siegel also suffers from... 2 Sexual assault allegation: Paul Haggis maintains his... 3 Accompanied by Meghan: Prince Harry speaks at the... 4 After three years of relationship: Romeo Beckham separates... 5 Another niece for Kate: Pippa Middleton has probably... 6 After a beating attack on the set: Johnny Depp settles... 7 Lucas Gregorowicz is also out: "Polizeiruf 110"... 8 Sophisticated bash in times of crisis: celebrity criticism... 9 Historic appearance in London: The Stones played their... 10 "It's a blast": WWM candidate caught... 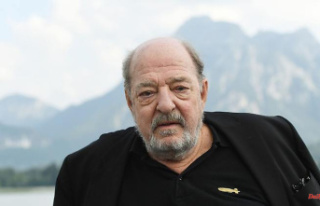