Dispute about the origin of Corona: Drosten wins in court against Wiesendanger

Did the corona virus come from a laboratory in China? Virologist Drosten clearly opposes the thesis supported by the physicist Wiesendanger. 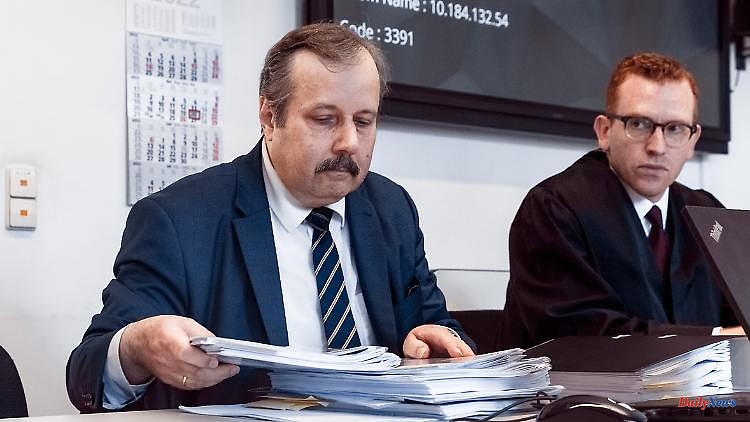 Did the corona virus come from a laboratory in China? Virologist Drosten clearly opposes the thesis supported by the physicist Wiesendanger. He then accuses Drosten of deliberately deceiving the public. With this statement, however, he went too far, the court now finds.

In the dispute over the origin of the corona virus, the nanoscientist Roland Wiesendanger must not accuse the virologist Christian Drosten of deliberately deceiving the public. After an oral hearing, the Hamburg Regional Court confirmed a corresponding injunction dated March 14. The verdict is not yet legally binding. Wiesendanger has announced that he will appeal to the Hanseatic Higher Regional Court in the event of a defeat.

The scientist from the University of Hamburg raised the accusation in an interview with the magazine "Cicero", which appeared on February 2 this year under the heading: "Does the corona virus come from the laboratory? - "Mr. Drosten has politicians and the media in the Misled"". Wiesendanger was referring primarily to an open letter that 27 virologists published on February 19, 2020 in the journal The Lancet. In it, they rejected the claim that the virus had no natural origin as a conspiracy theory. After the interview appeared in "Cicero", Drosten Wiesendanger issued a warning and obtained the injunction.

The nanoscientist's lawyer, Lucas Brost, appealed to the court during the hearing to take the scope of the discussion into account. "The topic that has most moved the population in the last two years must be discussed with maximum freedom of expression," he said. Wiesendanger himself asked Drosten, who was not present, to explain the basis on which he was able to rule out the laboratory theory at the time. According to his own conviction, there are many indications that Sars-CoV-2 was caused by a laboratory accident at the virological institute in the Chinese city of Wuhan.

Drosten's lawyer Gernot Lehr assured that his client was leading this discussion in full. "There was never an exclusion of the laboratory thesis." Drosten only saw more points for the thesis of natural origin. Lehr's colleague Stephan Schuck explained that the time of the "Lancet" contribution had to be considered: "In the meantime, Mr. Drosten has made a very balanced statement." According to the court, there is no basis for the allegation that Drosten deliberately misled the public - i.e. intentionally and against his better knowledge. The virologist explained that neither the laboratory thesis nor the thesis of a natural origin could be refuted or proven. It speaks only more for the latter assumption. The open letter in "The Lancet" is not enough to substantiate the allegation, said the presiding judge Florian Schwill. "There is a lack of sufficient starting points."

According to the judge, Drosten had originally taken action against six statements by Wiesendanger. But the virologist was only successful in two other cases: For the time being, the nanoscientist can no longer claim that the virologists' determination of a natural origin in February 2020 had "any" basis. The court sees no evidence that there was no basis for the thesis of natural origin at the time.

Furthermore, Wiesendanger must not repeat that the "Scientists for Science" initiative supported by Drosten pursued the goal of keeping virological research free of restrictions. According to Wiesendanger, what the world does to prevent a repeat of such a pandemic depends on the clarification of the origin of the corona virus. If the zoonosis thesis of an animal origin prevails, there will be a lot more research in this area, he explained in court. If, on the other hand, it is confirmed that a laboratory accident led to the corona pandemic, there will be public pressure, as after the Chernobyl and Fukushima disasters, to forego particularly dangerous research.

1 Professionals targeted by the police: arrests and... 2 End of an influencer marriage: Julian Classen confirms... 3 Depp and Heard in court: As if the Me-Too debate had... 4 41 degrees in Andalusia: Spain is suffering from a... 5 "NATO is informed": Turkish fighter jet... 6 Corona outbreak out of control?: North Korea reports... 7 Difficult visit to Scholz: Emir of Qatar brings gas... 8 Mercedes surprisingly strong: serious copying allegations... 9 Mercedes surprisingly strong: serious copying allegations... 10 Severe storms in NRW: Storm tears down the top of... 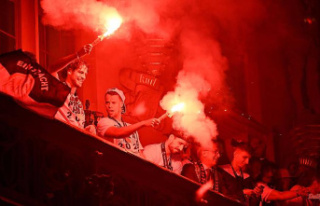 Professionals targeted by the police: arrests and...