Lebanon and Israel, two neighboring countries officially still in a state of war, launched unprecedented negotiations in October 2020 through Washington to settle this border dispute. 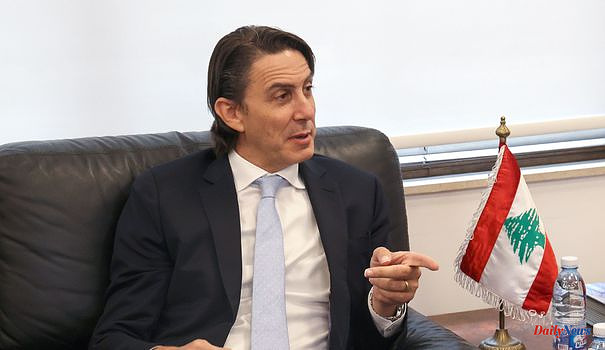 Lebanon and Israel, two neighboring countries officially still in a state of war, launched unprecedented negotiations in October 2020 through Washington to settle this border dispute.

"I remain optimistic that we can make steady progress as we have over the past few weeks and look forward to returning to the area and being able to make final arrangements," he said. to journalists after meeting the main Lebanese leaders.

Hochstein, who arrived in Lebanon on Sunday for his second visit in less than two months, is transmitting an Israeli proposal, in response to an offer made by Lebanon last June, Israeli and Lebanese media report.

For his part, the outgoing Minister of Foreign Affairs Abdallah Bou Habib explained that "the negotiations are almost at their end". "Progress has been observed," added Mr. Bou Habib, saying that this progress could be described as "enormous".

Talks on this file were suspended in May 2021 following disputes over the surface of the disputed area in the Mediterranean.

Initially, the negotiations covered an area of ​​860 km2, in accordance with Lebanese claims registered with the UN in 2011.

But Lebanon then said it wanted to claim an additional right over 1,430 km2, which includes part of the Karish field.

For Israel, this field is in its exclusive economic zone (EEZ) recognized by the UN.

Tensions between the two countries had resurfaced in early June with the arrival near Karish of a ship chartered on behalf of Israel by the British exploration company Energean. Lebanon had then appealed to the American mediator by presenting a new offer of demarcation of the border which does not mention Karish.

On Sunday, the day of the arrival of the American mediator, Hezbollah, a powerful political and armed movement in Lebanon led by Hassan Nasrallah, published on its website a short video showing, according to him, images taken by a drone on two different dates. of several ships chartered by Israel, including that of Energean.

The Shiite leader stressed that he will work to "strengthen" Lebanon's bargaining power and that his party will determine its next actions, depending on the outcome of the US envoy's visit.

"We don't pay attention to Nasrallah's threats, they are not a factor in the negotiations," Ram Ben Barak, head of Israel's Foreign Affairs and Defense Committee, said in an interview with Kan public radio on Monday. . 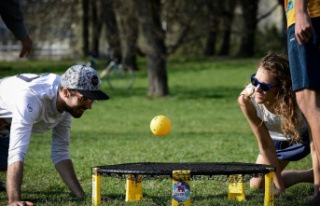