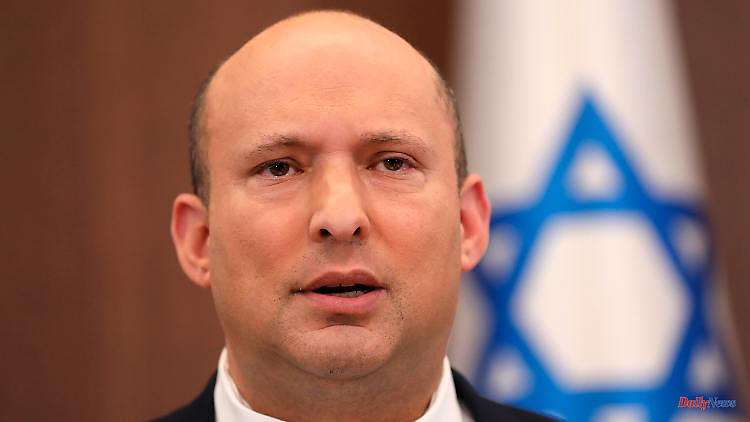 Israel and political stability are currently antipodes. Another member of parliament is stepping down from the eight-party government, which is already standing on shaky ground. Now the coalition only has a minority vote. The MP gives the reason for the recent riots in Jerusalem.

Another setback for Israel's eight-party government: a member of parliament from the left-liberal Meretz party has announced that she is leaving the coalition. This means that the government of Prime Minister Naftali Bennett only has a minority of 59 of the 120 seats in parliament. The opposition, led by ex-Prime Minister Benjamin Netanyahu, could theoretically lead to a dissolution of parliament and new elections.

MP Ghaida Rinawi Suabi justified her step, among other things, with the actions of the Israeli police in the recent confrontations on the Temple Mount (Al-Haram Al-Sharif) in Jerusalem. In her letter of resignation, she was also shocked by police violence at the funeral of a reporter from Al-Jazeera TV station that was killed on Friday in Jerusalem. "I cannot continue to support the existence of such a coalition that is shamefully harassing the society I come from," wrote the Arab MP. Bennett's eight-party coalition lost its razor-thin majority in the Knesset last month after a member of the ruling Jamina party resigned. She survived two votes of no confidence.

The opposition could introduce a law dissolving parliament next Wednesday. Should it fail, however, the advance would be blocked for half a year. Even if it is successful, three more readings would be necessary, for which the opposition needs the votes of at least 61 of the 120 MPs. In addition, several members of the opposition, now including Zuabi, are considered bitter opponents of the current opposition leader and former Prime Minister Benjamin Netanyahu. The ex-premier wants to overthrow Bennett's government in order to regain power himself.

Bennett's government was sworn in in mid-June last year. The long-term political crisis in Israel, with four elections within two years, came to an end for the time being. The coalition was supported by a total of eight parties from the right to the left - including, for the first time, an Arab party. The Arab Raam party temporarily suspended its membership of the coalition last month because of the confrontations between Israeli security forces and Palestinians on the Temple Mount. Currently the National Conservative Bennett is Prime Minister. According to the coalition agreement, he is to be replaced by Jair Lapid from the liberal Yesh Atid party halfway through his term in office, i.e. in the summer of 2023. Lapid is currently Secretary of State.