The Bundestag is voting today on the financing of the planned 9-euro monthly ticket for buses and trains. 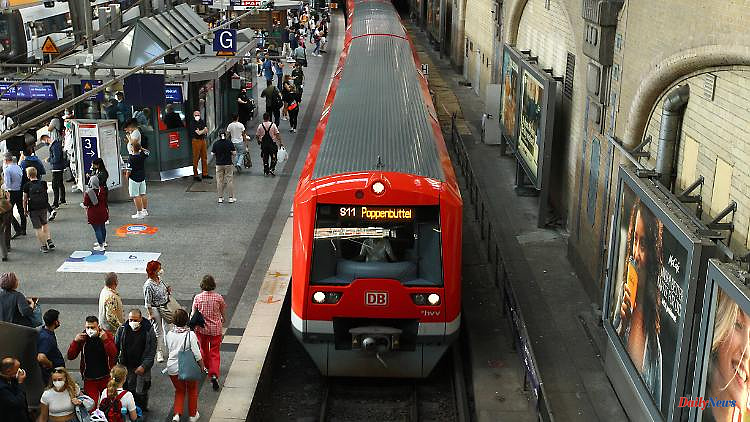 The Bundestag is voting today on the financing of the planned 9-euro monthly ticket for buses and trains. The federal government should therefore provide 2.5 billion euros - far too little, criticizes the passenger association "Pro Bahn". Additional buses and trains would have to run on popular routes in particular in order to avoid “catastrophic conditions”.

The passenger association "Pro Bahn" warned of the failure of the nine-euro ticket on Friday in the Bundesrat. "If the 9-euro ticket bursts, it would be a disgrace to politics to the power of three," said Pro-Bahn honorary president Karl-Peter Naumann of the "Neue Osnabrücker Zeitung" (NOZ). He called on Federal Transport Minister Volker Wissing to "put it one step further".

Specifically, the federal government must also support the states with the foreseeable additional costs for additional trains and personnel, take over the corona compensation in full and grant aid for the increased diesel prices for public transport buses. "It's not about billions, but about millions," said Naumann.

With the 2.5 billion euros promised by the federal government so far, the states would only get there if no additional trains were running. But then there is the threat of a hopeless overload. "The transport companies really have to get everything that can drive on the rails in the three months."

Naumann sees potential in the ticket. Commuters would "certainly" switch from cars to buses or trains "if they are not overcrowded". The ticket can also be used for shopping tours or excursions and trips. But especially with popular destinations, such as Sylt, the Alps or the Baltic Sea, "catastrophic conditions" and "a heave and sting" threatened. There will be "enormous frustration situations that can also be very unpleasant for the railway staff," warned Naumann.

The nine-euro ticket is part of the relief package for citizens that the federal government has launched to cushion the enormous increase in energy costs. On Thursday evening, the Bundestag will deal with the amendment to the regionalization law, which includes the nine-euro ticket; The Federal Council is then to vote on Friday so that the law can come into force next month.

The Union faction in the Bundestag criticizes the offer as a "quick shot". "The federal government relieves public transport users at the expense of the industry. On the other hand, it does not sufficiently meet its obligation to maintain and further expand public transport," said Michael Donth, an expert on public transport and rail issues, the editorial network Germany (RND). First of all, public transport must "become more attractive and dense", only then "one can think about possibly lowering the prices", Donth continued.

The ticket should be valid for nine euros per month nationwide on public transport for the period June, July and August. The federal government wants to fully reimburse the federal states for the forecast ticket revenue shortfall of 2.5 billion euros. One point of contention, however, is that the federal states are pushing for more money from the federal government beyond the expected loss of income from the temporary reduction in ticket prices - partly because of the higher energy prices for the transport companies.

For example, Baden-Württemberg Transport Minister Winfried Hermann from the Greens and his Bavarian colleague Christian Bernreither recently warned of the end of the nine-euro ticket in the Bundesrat. In the "Straubinger Tagblatt", the CSU politician Bernreither again called for an additional 1.5 billion euros for regional transport.

SPD faction deputy Detlef Müller spoke to the RND in favor of including the 1.5 billion euros already provided for in the coalition agreement in the “budget plans for 2023”. He also called on the Union to support the state chamber: "The ticket is an unbeatable offer that we have to make now. I therefore see no good reasons for a blockade in the Bundesrat."

1 "It was great fun": Jasmin Wagner likes... 2 The night of the war at a glance: Zelenskyj expects... 3 Dramatic bottlenecks: USA set up airlift for baby... 4 Rode, Frankfurt's bloody hero: the battered Eintracht... 5 Changing of the guard at Deutsche Bank: Achleitner... 6 Titan Trapp, Held Borré: The Frankfurt ecstasy in... 7 With a new ambassador: USA reopens its embassy in... 8 Abuses in Mariupol: Russia apparently worries about... 9 No effect against inflation ?: Sharp criticism of... 10 "Just looking for the right time": North... 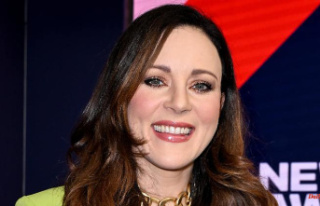