"Don't be afraid of death": "The final exam" has Dustin Hoffman behind him 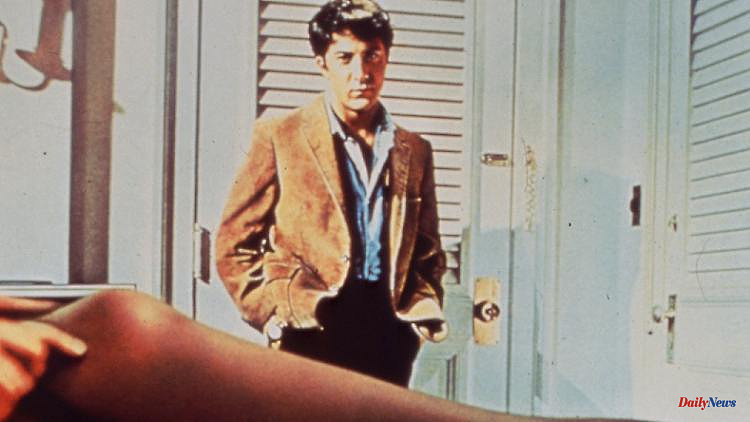 With films like "The Graduate", "Kramer vs. Kramer" or "Rain Man" Dustin Hoffman became a living acting legend. But last - cue

A few months before his 85th birthday, Dustin Hoffman dared something completely new. This is his very first podcast, the Hollywood star said with a mischievous smile at the beginning of the interview show "Mayim Bialik's Breakdown". At the end of April, the actor answered questions from his colleague Bialik for one and a half hours. The actress, who is also a neuroscientist, talks to her podcast guests about topics like mental health.

He didn't have a nice childhood, says Hoffman. He talks about the strict father, bad grades in school and his failure as a college student. In his frustration, he enrolled in the Pasadena Playhouse theater school in California - and met another outsider, Gene Hackman, while playing drums on the roof of the building. With Hackman and Robert Duvall, he would then have made his way with side jobs in New York in the late 1950s while taking lessons from the famous drama teacher Lee Strasberg. All three later won Oscars. On August 8, 2022, Hoffman will be 85 years old.

Hoffman was just 30 when his role as the shy Benjamin Braddock in the film "The Graduate" catapulted him into the limelight. Unforgettable is the scene when he is suddenly alone in the room with his parents' sex-hungry friend, played by Anne Bancroft. "Mrs. Robinson, you're trying to seduce me... aren't you?" the inexperienced college boy stammers.

With his versatility, the native Californian quickly made a career. In "Asphalt Cowboy" he played the New York small-time crook Rizzo, in Arthur Penn's western satire "Little Big Man" the settler's son Jack Crabb and in "Tootsie" an unemployed actor who lands a female role with a curly wig, flowery dress and lots of make-up.

In 1976, "The Marathon Man" and the Watergate film "The Untouchables", in which Hoffman and Robert Redford, as reporters for the "Washington Post" uncover the political scandal surrounding US President Richard Nixon, received enthusiastic criticism.

Hoffman received his first Oscar in 1980 as an opponent of Meryl Streep in the divorce drama "Kramer vs. Kramer", the second followed in 1989 for his portrayal of an autistic person in Barry Levinson's drama "Rain Man". He had prepared for the role by visiting psychiatric clinics.

Tom Cruise, who played Hoffman's character's younger brother in "Rain Man," later credited his co-star with his "boundless curiosity." Hoffman only steps in front of the camera when he has "discovered the absolute truth of the person he is portraying," Cruise said at the 1997 Golden Globes awards ceremony. He presented Hoffman - then not yet 60 - with the Cecil B. DeMille Award for lifetime achievement.

In 2017, Hoffman walked the red carpet at the Cannes Film Festival, where he presented the Netflix production The Meyerowitz Stories. In the tragic comedy, he shone as the grumpy head of a dysfunctional family of artists, in which children and parents tear at each other.

Even in his mid-80s, Hoffman is still in front of the camera. In the tragic comedy "As They Made Us" (2022), the directorial debut of Mayim Bialik, he plays a terminally ill father. "I'm not afraid of death," he says on Bialik's podcast. But he often dreams that he is still young. "85 is somehow an event," he says with a wink, looking at his birthday.

The actor has been married to businesswoman Lisa Hoffman since 1980. The couple have four children together, with two more daughters from his first marriage to actress Anne Byrne. Lisa is a "brilliant wife and brilliant mother and an extraordinary partner," Hoffman said in the podcast interview. In general, women are so much smarter and braver than men, he continued.

Previous allegations by some women that they had been sexually harassed by Hoffman were not addressed on the podcast. In November 2017, US author Anna Graham Hunter wrote in a guest column for The Hollywood Reporter, alleging that Hoffman had repeatedly molested her in 1985 when she was 17. At the time, she was doing an internship on the set of the TV film "Death of a Salesman" as a production assistant. According to her descriptions, Hoffman asked her for a massage, grabbed her bottom and repeatedly pestered her with lewd remarks.

Hoffman responded to the allegations with a statement at the time. He has "greatest respect" for women and he feels terrible that his behavior may have put the woman in an "awkward situation". "This doesn't reflect who I am," the paper quoted the actor as saying. A few weeks later, in interviews with the US magazines "Variety" and "Hollywood Reporter", several women described attacks by the actor that are said to have taken place in the 1970s and 1980s. Some of the women said they were minors at the time, others in their early 20s. Hoffman's attorney spoke of "slanderous untruths." 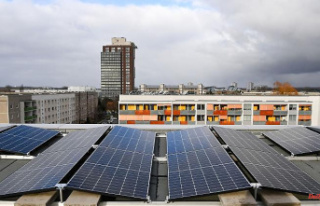 Big hurdles?: How apartment owners get to the solar...