Drones and app guide fire: That's why Ukrainian artillery is so good

The fact that the Ukrainian army is so successful in defending itself against the Russian invaders is in large part due to its very effective and efficient artillery. 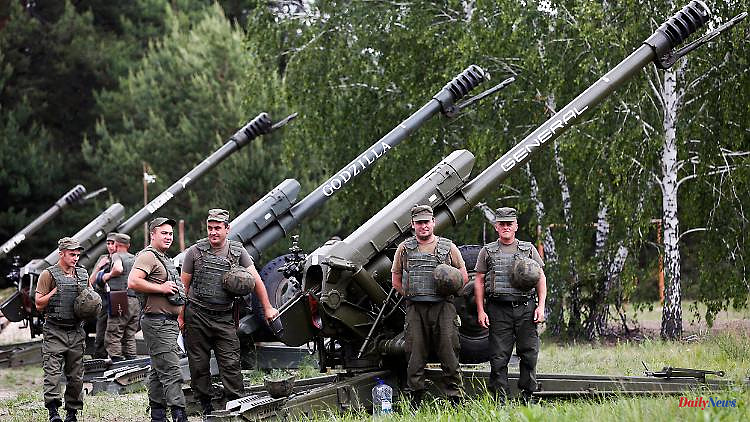 The fact that the Ukrainian army is so successful in defending itself against the Russian invaders is in large part due to its very effective and efficient artillery. Their fire is not aimed in the traditional way, but by a clever combination of software, drones and "invulnerable" internet.

The defeat of one or two Russian battalions attempting to cross the Seversky Donets River is considered one of the Ukrainian army's greatest successes in defending itself against the Russian attackers. An enormously effective and efficient artillery fire was crucial, which the attackers currently have nothing comparable to counter.

It was not the first time that Ukrainian artillery had been inflicting heavy losses on the Russians since the beginning of the invasion. With targeted fire, they turn off tanks and other vehicles, among other things, hold up convoys and have probably already killed dozens of high-ranking military officers of the enemy. At least for the course of the war so far, the effectiveness of the Ukrainian artillery was probably decisive for the war.

The decisive factor for this is a fire control system that differs significantly from that of the Russian army and which the Ukrainians have built up in recent years since the beginning of the war in Dombass in 2014. So you were prepared.

In the traditional system, to put it very simply, there would be a reconnaissance aircraft that uses optical equipment or - as is now common - a flying drone to determine the position of a target and transmits the data to a command and control center, explains Colonel Markus Reisner from the Austrian Armed Forces. This would then pass the information on to an artillery battery or other "effective system" which would then open fire.

There are several problems with this. On the one hand, the transmission of the target information can take too long or the enemy can interfere with the transmission. However, he is also able to determine where he is being fired from and can take out an artillery position with return fire if it cannot change position quickly enough.

However, the Ukrainian army has changed the fire control system in two crucial places. The geographic information system (GIS) "Arta" is central to this. According to The Times, it is a co-production between Ukrainian developers and British digital mapping companies. According to security expert Trent Telenko, the lead developer's name is Yaroslav Sherstyuk.

The company likes to describe itself as "Uber for artillery." That's quite apt, because similar to how the Taxi competition finds the closest free driver, it uses the coordinates to find all available turrets in range. Only then it is not a single howitzer, rocket, mortar or combat drone that does the job, but they all fire independently of each other at the target.

In addition to real-time information from drones, "Arta" also processes data from rangefinders, smartphones, GPS or commercial satellite images. According to The Times, radar information from NATO also flows into the automatic command and control system.

Commanders who have access to the encrypted "Arta" material select the units, which can then open fire immediately. While it used to take an average of 20 minutes from identifying a target to destroying it, it now takes no more than 30 seconds, writes Telenko.

Another great advantage of "Arta" is the decentralized fire, which makes it impossible for the enemy to incapacitate an entire battery with a counterattack, as in the past. In principle, he can only try to attack individual units.

Since the beginning of March, Elon Musk has been sending end devices for his Starlink satellite internet to Ukraine, and "Arta" has gotten even better. While the radio connections previously used for the system for transmitting the data could be disrupted, the Russians have a hard time with Starlink.

According to "Novaya Gazeta", not all Ukrainian units using "Arta" are equipped with Starlink. But despite this, it was only disrupted once in the past few months because the use of the relevant systems is very complex, according to one of the newspaper's interlocutors.

According to Telenko, in late 2016, claims by US security firm Crowdstrike that "Arta" had been successfully hacked by the notorious Russian hacker group "Fancy Bear" were false. Developer Sherstyuk called the claim on Facebook at the time a "delusion". The "VOA" portal investigated the matter and could not find any evidence that "Arta" was hacked.

The Russians may have also tried to stop the Starlink operation. The failure of the KA-SAT satellite network at the beginning of the Russian offensive, which disrupted the control of thousands of European wind turbines, could have been the "side effect" of a hacker attack.

After all, the use of "Arta" is extremely cheap in comparison with conventional artillery systems. The software runs on conventional smartphones, tablets or notebooks. It is also important for the Ukrainian artillery that they save a lot of ammunition by using the system. By the old standards, it took 60 to 90 shots to destroy an enemy position using 120mm howitzers. With corrected shooting there are nine, said Selenskyj adviser Aleksej Arestovich of "Novaya Gazeta".

Many of these devices come from the Chinese market leader DJI, which is not without problems. Because he also offers receivers that are used to determine the location, altitude, direction, speed, model, serial number or location via the drone signal.

The system, called AeroScope, is actually used to protect the airspace over airports or other critical infrastructure. Theoretically, drone pilots could become a target. But this is not likely, said Yaroslav Honchar, co-founder of the Ukrainian air reconnaissance unit, the "Ukrajinska Pravda".

Both sides used DJI drones and AeroScope, according to Honchar. However, the mobile version only has a range of three to four kilometers. When dozens of drones are in the air, only the stationary version of AeroScope can identify the operators. If necessary, his unit also provides software that conceals the position of the drone pilot.

Officially, DJI itself does not want to help either Russians or Ukrainians. One very much regrets the warlike use of its drones, the company writes in a statement. All devices are made exclusively for civilian use. Business relationships would be terminated with distributors, resellers and other partners who nevertheless sold drones to the military. 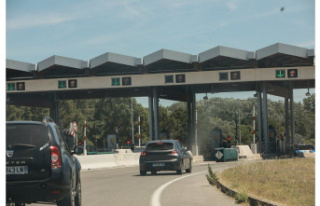