Drop in unemployment: what assessment for Macron's five-year term?

The figures are in the green: the unemployment rate in France stands at 7. 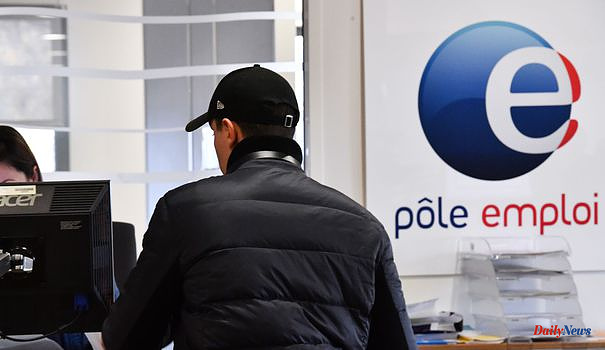 The figures are in the green: the unemployment rate in France stands at 7.4%, the lowest for nearly fifteen years and even 40 years among young people. According to INSEE, the unemployment rate fell by 0.6 points in the fourth quarter, bringing the number of unemployed within the meaning of the International Labor Office (ILO) to 2.2 million, or 189,000 less than in the 3rd. This rate "is 0.8 points lower than its pre-crisis level (end of 2019) and its lowest level since 2008", underlines the Institute. A result unimaginable 18 months ago, in the midst of a crisis. A positive assessment which Emmanuel Macron, for sure, will use in a presidential campaign for which his participation, not yet formalized, is hardly in doubt.

When he came to power in 2017, after François Hollande gave up running for another term because he had not started the "inversion of the curve" in unemployment in time that he had promised, the labor market was on a rather positive dynamic. The unemployment rate was 9.6%, according to INSEE. The number of registered with Pôle Emploi in category A, i.e. without activity, stood at 3.75 million people at the end of the second quarter of 2017. There were, in total (categories A, B, C), 5.85 million job seekers in the country.

Until the arrival of the Covid-19 pandemic, the unemployment rate decreased, slowly. In the 4th quarter of 2019, it stood at 8.2%. The Minister of Labor at the time, Michelle Pénicaud, believes that Emmanuel Macron's ambition to reach 7% in 2022 is "frankly achievable". With its reforms of the Labor Code and vocational training, launched at the start of the five-year term, the government thinks that it is on the right track. It also benefits from structural demographic factors, with massive retirements that are reflected in the figures. "The decline in the working population is a fundamental subject for the decline in unemployment", confirms in La Croix Geoffroy Roux de Bézieux, the president of Medef. He also mentions "the policies carried out [during the previous five-year term] and, on this, we must give back to François Hollande what is to François Hollande ... Even if Emmanuel Macron was not far away".

Then came Covid-19. The unemployment rate jumps in 2020, first with a "trompe-l'oeil" drop with unemployed people who have interrupted their search because of confinement, then with a peak at 9.1% in the third quarter. Same fluctuation on the side of Pôle Emploi: from 3.55 million registered in category A (and 5.747 in category A, B, C) in the fourth quarter of 2019 to 4.4 million in category A (6.114 in category A, B and C) in the second quarter of 2020.

The indicators then all declined. Until reaching in the fourth quarter of 2021, according to statistics published this Friday by INSEE, an unemployment rate of 7.4%. This is the lowest ratio since 2008. Close to the objective of 7% desired - before the health crisis - by the President in 2022. The number of unemployed persons as defined by the ILO in France (excluding Mayotte) is , him, to 2.2 million people. At Pôle Emploi too, the drop is record. The number of registrants is at its lowest level for nearly ten years: 3.34 million people in category A; 5.60 million by adding categories B and C. Note also the sharp reduction in the unemployment rate among 15-24 year olds, of around 3.6 points, to settle at 15.9%. Unheard of since... 1981.

"No one imagined that we could have such results coming out of one of the most serious economic crises we have known in recent decades", welcomed Elisabeth Borne, the Minister of Labor, this Friday. on France Inter. Part of these good figures is attributable to the result of the "whatever the cost" policy during the health crisis and the restart of activity. Growth in France's gross domestic product (GDP) thus reached 7% in 2021.

However, all is not rosy. If the long-term unemployment rate falls by 0.2 points, 700,000 unemployed people have been looking for a job for at least a year. And more than 1.9 million people are in the "halo around unemployment", that is to say, they want a job but are not looking for it or are not available.

1 Why Western cities are always attracting more working... 2 Wine tourism: how about listening to concerts in the... 3 Languedoc: wines to offer or taste during the holidays 4 Wines: the best online sales sites 5 Matcha, Winespace... Sommeliers connected to the supermarket 6 Mystery of the monolith in Utah: a publicity stunt... 7 Corsica: a deceased man elected to the municipal council 8 A new Prime Minister, a female Polytechnique Major...... 9 Clément Beaune: "Eurovision is a form of soft... 10 Winter sales: traders hope to make up for the shortfall... 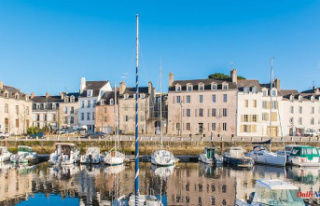