Edinburgh commemorates the Queen: Mourners line up for miles

In order to catch a last glimpse of the coffin of Queen Elizabeth II, numerous people in Edinburgh take on heavy exertions. 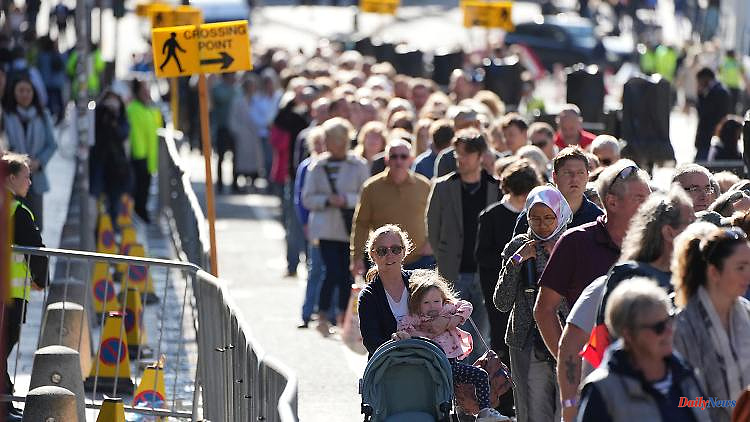 In order to catch a last glimpse of the coffin of Queen Elizabeth II, numerous people in Edinburgh take on heavy exertions. Already at night they stand in line for hours for hours. In the evening, the bones of the Queen of Scotland are brought to London.

The death of the Queen moves the crowds: in Edinburgh, mourners from all over Scotland and the United Kingdom lined up in a kilometer-long queue on Tuesday night to say goodbye to Elizabeth II. They want to pay their last respects to the monarch at the closed coffin that was laid out in the city's St Giles Cathedral.

The Daily Mail reports that numerous people have even traveled from London. They thought it would be easier to see the Queen's coffin in Scotland than in the British capital, where it will be taken and laid out in the evening. Waiting times of up to 30 hours for mourners were recently forecast in London.

A woman from London told the British newspaper that she made the nearly 1,300-kilometer return journey because she felt "strange" without the Queen. The sight of the coffin is "surreal" and "one of the most emotional moments of my life".

A man who joined his stepdaughter at the back of the queue at 2:30 a.m. said: "We wanted to say goodbye to the boss. I'm in the military, I work on the submarines. I was surprised at how much she message. I didn't know her personally, but I met her when I was a kid. It really moved me, it was quite a shock."

A couple, who in turn queued up just after 3 a.m., is quoted as saying: "We tried to queue overnight to avoid the crowds - without success".

Thousands of people had already flocked on Monday evening when the new King Charles III. and his three siblings with bowed heads at the four sides of the oaken coffin silently commemorated the Queen ("Vigil of the Princes" ceremony).

Elizabeth II died on Thursday at the age of 96 at her Scottish country estate, Balmoral Castle. A plane with her coffin on board is scheduled to leave Edinburgh Airport for London at 6 p.m. that evening. The Queen will be buried in a state funeral at Westminster Abbey on Monday 19 September. 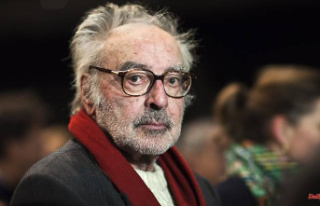