Eight injured, including one seriously, in explosions at a Seveso site in Bergerac

The "nitrocellulose contained in a workshop ignited during maintenance operations", indicated in a press release the Eurenco group, European leader in the field of powders and explosives, adding that "the cause of the accident is for the 'undetermined moment'. 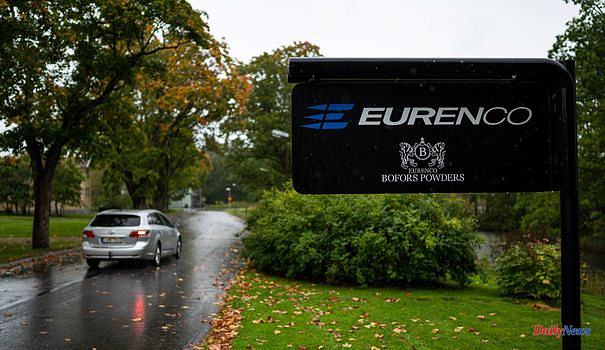 The "nitrocellulose contained in a workshop ignited during maintenance operations", indicated in a press release the Eurenco group, European leader in the field of powders and explosives, adding that "the cause of the accident is for the 'undetermined moment'.

At the end of the afternoon, the group assured that "the situation is under control".

At 1.50 p.m., "several explosions" occurred at the factory located east of Bergerac and classified as "Seveso high threshold", known locally as "powdering", according to the Dordogne prefecture. It produces nitrocellulose, an explosive substance derived from cellulose.

The explosions occurred in "one of the storage buildings, which caused a fire", a disaster "under control" at the end of the afternoon, according to a last update. Forty people were there.

"The smoke released by the fire from the site does not present any particular danger to human or animal health and the environment," added the prefecture. The water used to extinguish the fire was also collected by the retention basins provided for this purpose on the site, the personnel of which were evacuated in the afternoon.

The accident required the deployment of a large security perimeter and significant resources, with the presence of 61 firefighters and around thirty vehicles, 20 police officers and two Samu helicopters. Shortly before 7:00 p.m., the area was finally reopened to traffic and the police roadblocks lifted, AFP noted.

- "Between six and seven explosions" -

The report of the prefecture reports "8 injured, including 1 person in absolute emergency (1 seriously injured) and 7 in relative emergencies". The White plan, activated to facilitate the care of victims, has been lifted.

The person in "critical" condition, according to Eurenco, was airlifted to Bordeaux University Hospital. The seven victims in relative emergency were evacuated to hospitals in the region. 35 people were not injured but were temporarily taken care of by the emergency services on site.

According to the DVD mayor of Bergerac Jonathan Prioleaud, the explosions were "felt" by "many Bergerac residents". They took place in a building of the Manuco company, acquired in 2021 by the Eurenco group.

According to him, the site harbors nitrocellulose "for both military and civilian reasons", for "explosives in weapons" as for "car airbags".

In the afternoon, no smoke was visible around the site, completely emptied of its employees.

On the spot, still sounded, Enzo Granger, 28, boilermaker for a subcontractor, told AFP that he heard "between six and seven explosions". And it was at the end of the third that he "started to run", seeing "pieces of bricks leaving in all directions, bits of iron, windows".

He said he saw "like a kind of air bubble coming out of the buildings during the explosions", "the blast", and "the shock wave". "I said to myself: you only see that in the movies". There, "a man came out with his head in blood", the "open skull". "He was missing a shoe, I helped him walk".

Jean-Charles Jobart, sub-prefect of Bergerac, indicated that it would take "an administrative investigation to be able to determine the causes of this incident", which took place in a building which contained "less than two tonnes of nitrocellulose".

“Is it the heat?” Also wondered the mayor of Bergerac during this heat wave.

In the National Assembly, the government expressed on Wednesday its "solidarity with the victims and their relatives", through the voice of the Minister Delegate for Industry Roland Lescure 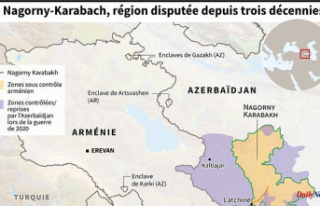