Elisabeth Borne announces that the State wants to renationalize 100% EDF

This was one of Elisabeth Borne's strong and surprising announcements.

This was one of Elisabeth Borne's strong and surprising announcements. Prime Minister Elisabeth Borne stated that the State intends to own 100% of EDF's capital during her Wednesday, July 6th policy speech. This decision is intended to restore "full and complete control over our electricity production and its performance".

Before the members of parliament, the head of government stated that this development would allow EDF to increase its ability to execute ambitious and vital projects for our energy future. France held 84% of the capital of the company up to now.

Already heavily indebted, the EDF group is now facing significant financial burdens and is being challenged by government officials to start a new nuclear reactor program.

Elisabeth Borne insisted that "the energy transition happens through nuclear," taking over the presidency of President Emmanuel Macron this winter.

1 Cooperative triggers debate: Geywitz: Turning off... 2 Finding the right words: How do you talk to people... 3 After a stay in the hospital: Travis Barker is drumming... 4 A legend for the Occident: Ford Bronco comes to Europe 5 Mecklenburg-Western Pomerania: MV-Linke distances... 6 Mecklenburg-Western Pomerania: State Chancellery rejects... 7 Hesse: staff shortages: restrictions on the Kurhessenbahn 8 Baden-Württemberg: VfB training camp probably without... 9 Saxony: Man hit by metal bars on company premises 10 Bradley Chubb declares that "the dam is ready... 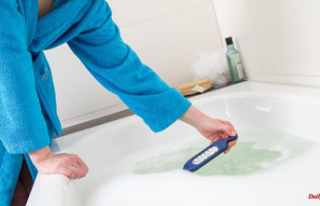