Emilie Konig is the ex-French muse Daesh, who was repatriated to France in prison and returned?

This is the first major repatriation of large numbers since the fall in 2019 of the Islamic State.

This is the first major repatriation of large numbers since the fall in 2019 of the Islamic State. The French Ministry of Foreign Affairs announced Tuesday that France "proceeded today towards the return to France of 35 French minors who were in camps in northeast Syria", as well as 16 mothers from the same camps.

Emilie Konig was one of them. She is known as "the French Face of Daesh" and has been under arrest for many years due to her activism within the ranks of Islamic State. She was taken into custody and indicted by the magistrates after her appearance. Her lawyer, Emmanuel Daoud, stated to AFP that she intended to cooperate fully with French justice.

This 37-year-old Frenchwoman, originally from Lorient (Morbihan), fled France for Syria in 2012. She was one of the first French women who joined the ranks as jihadist fighters. First, she was with Al Qaeda. Then, she joined the Islamic State. She is accused of recruiting for the EI almost 200 people and calling them to attack the West, particularly on the wives and institutions of French soldiers. She is also part of the UN's blacklist of the most dangerous fighters. The United States blacklisted her in 2015 as a "foreign terror fighter".

Mother to five children, two of which were born in Syria and one in Iraq. She was twice widowed by Islamic State fighters. Her radicalization began in 2010 with her first companion. The second was sentenced to drug trafficking and is currently in detention. After her arrest, she had been in touch with Forzane Alizza (Nancy Islamist group), for whom she distributed leaflets calling to jihad. The Ministry of the Interior disbanded the group in 2012.

Emilie Konig, her second husband, flew to Syria in the same year. He was later murdered. The Ministry of Economy and Finance issued an order against him, prohibiting "any movement of funds or benefits". This was due to his possible departure to "a combat zone overseas in order to execute armed jihad there". She returned to France in 2013 and left almost immediately, joining the ranks of the Islamic State's new caliphate a year later.

She was taken into custody by Kurdish forces and held in Roj camp, northeast Syria since 2017. Interviewed by AFP, she pleaded with for her release to France in April 2021. She stated that she had "[had]] no blood on her hands" as well as that she "[had]] not been bombed".

Emilie Konig, a Syrian national, openly supported terrorism. She sent propaganda messages to her children via social media and posted videos of her using weapons. According to the file about her on the United Nations Security Council website (since September 2014), she called her relatives in France regularly, asking them to "commit violence against certain targets on French territory".

His two oldest children, who had been with him since his departure, were placed in France with the ban on French territory. The rest of his three children were then repatriated to France. She wanted to join them so she started a hunger strike for eight consecutive days. It was unsuccessful. Then, she told AFP that it was "ineffective because regardless of whether I die here, France doesn't even come and leave us."

He returned to France in response to repeated family and NGOs requests, denouncing the "inhumane” policy of "case-by-case". She had shared her desire to be in a French professional position with AFP and stated that she wanted to "recover my life" from all of her mistakes. 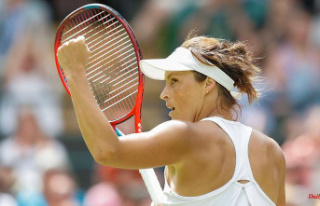 Comeback Queen I of Wimbledon: The fighter's...