Emmanuel Macron lamented Monday, July 4, that "government parties" refused to be part of any form of coalition in the preamble of the first council ministers of Elisabeth Borne.

Emmanuel Macron lamented Monday, July 4, that "government parties" refused to be part of any form of coalition in the preamble of the first council ministers of Elisabeth Borne.

According to images published by the Elysee, he stated that "It is appropriate for us to take note the inability of the parties to government to participate or any form coalition".

After the loss of LREM absolute majority in the National Assembly, the Head of State is now in trouble. The executive has been trying to avoid any blockages since then. Elisabeth Borne, the Prime Minister, had therefore consulted the parliamentary group last week, particularly on a possible "government deal", or their participation in a new government.

The new government that was announced Monday didn't leave any room for other parties to make overtures.

In the context of war in Ukraine, the Head of State called for ministers to "hold onto", and he said that it "profoundly changed many things" and "hasn't been sufficiently integrated into French public debate".

He stated that this "exceptional period" "hits Ukraine the first, but has profound consequences for our societies and for the European project as well as for our economy and the lives of our compatriots".

"Exceptional period in terms the transitions that are required [...] also taking account of the political situation of country", he said, citing the "ecological problem" and "great demographic transitions".

He stated that this imposes on government a lot more voluntarism and ambition because our country requires reforms, transformation [...] It also requires a spirit responsibility to make difficult compromises." insisted.

President Obama insisted that "deeply transform collective actions" was necessary, to rethink many of our policies with "local elected officials", all of our administrations, and partners such as corporations, associations, and citizens", and to implement reforms with "sustainable” public deficits.

"Building the country's autonomy and progress for our fellow citizens [...] takes knowing how to invest in, transform, and build. He said that the country's independence and its progress can only be achieved with a few unfinanced deficits. He warned again. 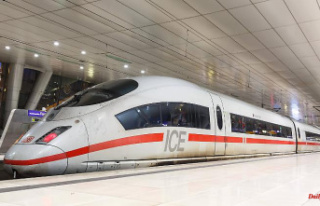