Energy: Brussels unveils its plan to respond to Putin 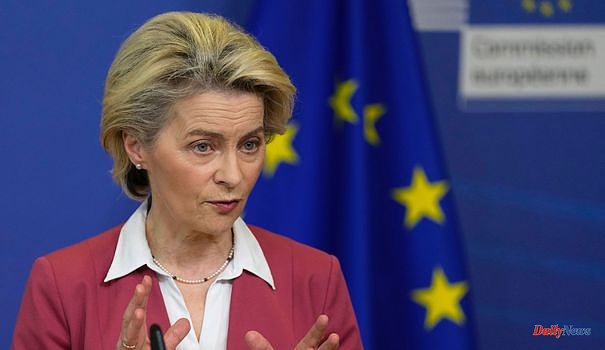 Energy savings, massification of renewables and diversification of gas supplies. With these three pillars, has Europe found the martingale to regain its energy independence? This Wednesday, May 18, the President of the European Commission, Ursura von der Leyen, presented the common strategy of the Twenty-Seven to get out of energy dependence on Russia. Since the start of the conflict in Ukraine, Europe has sought to stop its purchases of oil, gas and coal from Moscow. The latter largely financing the aggression decided by Vladimir Putin against kyiv. Still, the task is not easy. In 2021, about 45% of Europe's natural gas imports came from Russia, or about 155 billion cubic meters. A situation which hinders European freedom to sanction Russia as it sees fit, but which also calls into question its energy model as a whole.

The Green Pact for Europe, materialized by a package of measures entitled "Fit for 55", already aimed to reduce greenhouse gas emissions by -55% by 2030, a prerequisite for achieving carbon neutrality. by 2050. Conscious of its vulnerabilities since the beginning of the war with the explosion of prices, the Twenty-Seven seek to drive the point home. "I am aware that it is an ambitious project but it is a realistic project. We can do it", explained in particular the boss of the Commission in the introduction of her remarks.

First, the emphasis is on energy savings, a lever that is inexpensive and quick to operate. The objective of reducing the energy consumption of the Twenty-Seven by 2030 will increase from 9% to 13%. Regions and municipalities should raise public awareness of the need to save energy and support the deployment of measures to improve energy efficiency. Among them, the central question of the renovation of public buildings is once again at the forefront, as well as the reduction of the cost of public transport to promote its development to the detriment of individual modes of transport. "Improving the energy efficiency of buildings and cities should be at the heart of the EU's strategy, both to reduce its dependence on Russia and to achieve the bloc's climate objectives", pointed out before the statements of Ursula von der Leyen the general manager of the Dutch lighting company Signi, Eric Rondolat.

Energy savings therefore, but also the massification of renewable energies. Their share in the energy mix, initially forecast at 40% by 2030, will now have to rise to 45%. Or the installed capacity of one hundred EPR-type nuclear power plants, the Commission pointed out this Wednesday morning. Solar energy, which is relatively quick to produce and install, is preferred at this stage. Brussels is pushing for all public and commercial buildings over 250 square meters to be equipped with photovoltaic panels by 2026. Low-carbon hydrogen is not left out. The commission is targeting 10 million tonnes produced and ten more imported by 2030. The target for the volume of gas to be produced by methanisation is also doubled and will be financed by the common agricultural policy to reach a level of 17 billion cubic meters per year. Faced with the difficulties and administrative obstacles linked to the massification of energies such as solar or wind power, the European executive should propose a series of recommendations by the beginning of the summer.

The third aspect concerns the necessary diversification of gas supply sources. The Commission wishes to develop new partnerships, and if possible in number, so as not to put all its eggs in one basket.? The United States will supply the largest volume of gas from Egypt, Qatar and West Africa. The continent hopes to obtain up to 45 billion cubic meters of additional liquefied natural gas per year and up to 10 billion additional via pipeline with partnerships with Norway, Algeria or Azerbaijan. European solidarity will have to be resilient so as not to lead to competition between countries and reduce costs. The idea is to pool purchases, as for vaccines, in order to lower prices and secure stocks. Faced with a winter that promises to be very tense and to ward off the risk of a sudden supply disruption from Putin, Europe finally wants European stocks to be 80% filled by December 1st. Safety that guarantees greater autonomy.

This new plan will obviously have a cost. The Commission figures it at an additional 195 billion euros by 2027. On the other hand, it expects to save 80 billion euros today spent on gas imports via energy savings. The bill remains significant, but the pill should not be too difficult to pass on to the populations of the Twenty-Seven. According to a barometer carried out by the European Union, 80% of its citizens believe that Europe must reduce its imports of Russian fuels as quickly as possible.

1 Saxony-Anhalt: Construction work on "Rocken am... 2 In court: Big game hunter shot his wife to collect... 3 Saxony: Driver races to escape from the police in... 4 Bundesliga: Difficult search at BVB for a Haller replacement 5 Bayern: "Wolf doesn't belong here":... 6 Because of the World Cup in Qatar: It will be "crunchy":... 7 Again more thefts and sexual offenses in German outdoor... 8 "Who wants to be a millionaire?": "Enough... 9 Saxony-Anhalt: The area under cultivation for wine... 10 "Guglhupfgeschwader": Does the windfall... 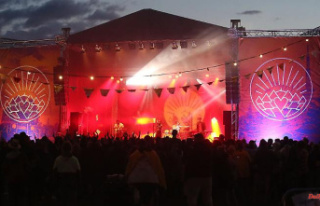 Saxony-Anhalt: Construction work on "Rocken am...