Erdogan at Putin to probe him on Ukraine and Syria

Three weeks after their meeting in Tehran, the Turkish head of state finds his Russian counterpart in Sochi on the Black Sea, on the strength of his recent diplomatic success which favored the international agreement on the resumption of Ukrainian grain exports via the Bosphorus . 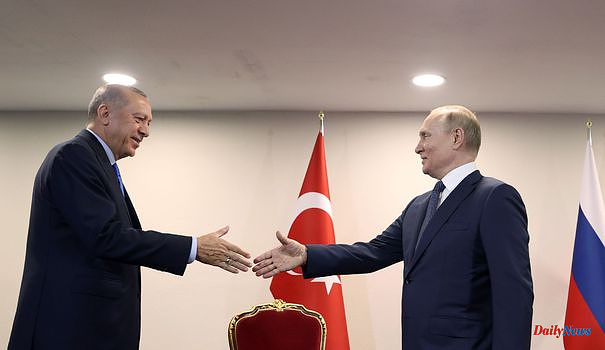 Three weeks after their meeting in Tehran, the Turkish head of state finds his Russian counterpart in Sochi on the Black Sea, on the strength of his recent diplomatic success which favored the international agreement on the resumption of Ukrainian grain exports via the Bosphorus .

In Tehran last month, he was clearly warned by the Russian president against any further military operations in Syria aimed at repelling Kurdish fighters from the PKK, the Kurdistan Workers' Party and its allies.

For analysts, these recurring tensions are part of the "competitive cooperation", which has defined the relationship between the two leaders for twenty years.

"Russia's war against Ukraine has restored the image that Turkey wants to give of itself, that of a key geopolitical player, and has given visibility to Erdogan", wrote recently Asli Aydintasbas, member of the European Council on Foreign Relations.

For her, "most Turks support their country's position of quasi-neutrality between East and West".

Turkey's desire, although a member of NATO, to remain neutral vis-à-vis Moscow on the subject of Ukraine is beginning to bear fruit.

After months of effort, Moscow and kyiv have signed a UN-backed agreement in Istanbul: the first shipment of maize from Odessa since the start of the war on February 24 has made it possible to supply Lebanon and others will follow, easing fears of a global food crisis.

Turkey now wants to try to obtain the opening of negotiations for a truce, between the Russian president and the Ukrainian, Volodymyr Zelensky, if possible in Istanbul.

“We discussed (to see) whether the grain agreement could be an opportunity for a lasting ceasefire,” Turkish Foreign Minister Mevlüt Cavusoglu said on Wednesday after meeting with his Russian counterpart Sergei. Lavrov in Asia.

But these efforts are complicated by Ankara's repeated threats of a military operation in Syria, where Russian and Turkish interests collide.

Moscow has largely backed Syrian President Bashar al-Assad in the face of groups backed in part by Turkey.

Today, Erdogan wants to cross the border again to establish a security zone in an area where Russian troops and their cronies are already patrolling, but from where he wants to drive out the Kurdish groups he considers "terrorists".

"It is likely that the meeting (on Friday) will focus on a possible incursion into Syria, for which Turkey did not obtain the green light from Russia or Iran", remarks the specialist in international relations Soli Ozel, from Has University in Istanbul. "Russia should get something in return," he said.

For some Turkish media, what Vladimir Putin really wants are drones.

Ankara has provided Ukraine with its famous Bayraktar-TB2 combat drones with proven effectiveness against Russian tanks.

According to US officials, a Russian delegation visited Iran to consider buying hundreds of drones. And Erdogan himself reported on his return from Tehran a request from Putin to this effect.

A confidence corrected by a Turkish official assuring that the president was joking.

But Kremlin spokesman Dmitry Peskov gave substance to the idea, assuring that "military and technological cooperation is always on the agenda of the two countries".

Finally, there remains a possible source of tension between the two presidents, known for their chronic delays.

In Tehran, Erdogan made Vladimir Putin wait alone, for 50 seconds, standing in a room under the camera of the official Turkish news agency focused on his tense face.

For many, it was the Turkish president's response to the delay imposed on him by the Kremlin boss, almost two minutes long, in 2020. 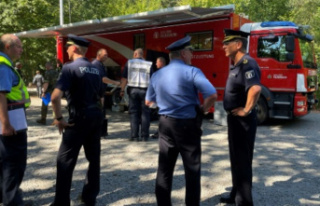