Ethicists on road blockades: "Those who harass the climate protesters only want to distract"

The death of a cyclist in Berlin sparks a heated debate about "last generation" climate activists. 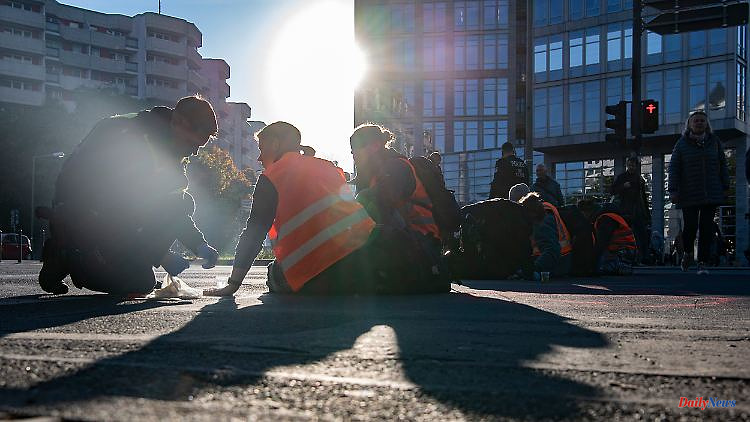 The death of a cyclist in Berlin sparks a heated debate about "last generation" climate activists. Are the demonstrators partly to blame for the woman's death? Are the roadblocks justified? Where does the anger at the activists come from? The ethicist Andreas Lob-Hüdepohl has a clear opinion on this: The activists are not to blame. However, one should not allow oneself everything in the name of climate rescue. He sees the anger at the climate stickers as a distraction strategy.

ntv.de: Let's start with the question that everyone has been discussing since the bike accident in Berlin: Are the climate activists to blame for the death of the cyclist in Berlin?

Andreas Lob-Hüdepohl: I cannot answer this question. I'm not a lawyer, that has to be clarified by public prosecutors and courts. This assumes that they did in fact have an immediate impact on the cyclist's highly deplorable death. The occupation of the motorway sign bridge, which meant that only one of the three lanes could be used, was a significant impediment to the flow of traffic. Whether this contributed to the death of the cyclist directly or through various chains of action may have to be clarified in a criminal trial. However, we should note the following: First, the cyclist was run over by a truck and not by protesters. Second: The rescue lane should not have formed the blockers, but the drivers. They are obliged to do so by the road traffic regulations - regardless of the question of what triggers such a traffic jam.

Let's approach the topic from the ethical side: Are protesters complicit if they accept that traffic is obstructed and that an emergency vehicle may not get through fast enough? Or is the benefit of such actions greater than the harm?

Basically, with such protest actions, it should always be considered whether the disruptive action is proportionate. Any form of demonstration, blockade and the like tries to create a disruption in order to draw attention to a problem. In this respect, the disruptive element as such is not objectionable, on the contrary, that is in the nature of things. But it has to be proportionate. And in this particular "Last Generation" protest, we know that this disruption can break the law - namely, by preventing others from moving.

It is important that such a protest, commonly called civil disobedience, be non-violent - both to property and to people. And if, as a protester, whether I'm blocking or usually demonstrating, I accept that human lives will be endangered as a direct consequence, then that's never appropriate and therefore morally reprehensible.

Was that the case in this case?

If the reports are correct, then no. However, there is a big difference between an ethical assessment and a criminal assessment: A criminal assessment must always reconstruct the specific individual case with all its details. You can never do that from the outside. As far as I can see from the outside as an ethicist, no human lives were endangered as a direct result of the protest action. By the way: Theoretically, there is always a danger. For example, if I do a protest action that is even approved, I cannot rule out that people in traffic jams get upset about this situation and that in turn leads to a heart attack with fatal consequences. Theoretically, the demonstration can therefore trigger a chain of actions that harm another person. That's always very unfortunate. But if you had to rule out every risk, then you should never demonstrate anywhere else. What you have to rule out, however, is that you accept obvious, immediate and serious dangers. For example, if I know that I am blocking a nearby rescue station where rescue vehicles are pulling out, then the risk of endangering life-saving measures is very high. That must not be.

There is the argument that climate activists should have planned that often no rescue alley is formed. Can you argue with that?

I find that unconvincing. If I always had to factor in non-compliance with other people's elementary rules into my actions, then we would have a big problem. Because then you could also argue in a different direction: Normally, emergency vehicle drivers are required to call up the current traffic situation, which is available to them thanks to modern technology, and to see where there is a traffic jam. It doesn't matter whether it's due to construction sites, an accident or the fact that streets are occupied. The ambulance apparently failed to do so. However, under no circumstances would one accuse the driver of being responsible for the death of the cyclist. That would be completely absurd. And conversely, one cannot expect climate activists to put themselves in the position of all possible actors in road traffic and consider whether the risk of endangering life and limb increases if the others do not act in accordance with the rules either. You can't do that.

If you have the chance to save mankind through climate protection, shouldn't such actions be considered very mild in comparison? You could also argue that if you don't do anything to protect the climate, you'll kill a lot more people. Or?

Not doing anything about climate change against your better judgment is violence and kills, yes. But one hears the argument up to the lofty thesis that even the constitutional order may be overridden if the situation is apocalyptic enough. But such an argument is wrong. Changes must be democratically legitimized and protected by the rule of law. And anyway: Nothing is saved by the disruptive actions alone. The activists want to get opinion-forming processes going and increase the pressure on the population, the public and the political actors so that something is finally done.

After the accident, a paramedic complained on Twitter that it was totally false and false to blame the climate activists now that he and all the other emergency vehicles are stuck in traffic every single day. Of course, this is not always due to climate activists, but to illegal parking, construction sites and the lack of rescue lanes. Are illegal parkers blocking ambulances less to blame for late calls?

Sometimes illegal parkers are also prosecuted. If, for example, a parking offender blocks the entrance to a schoolyard for rescue vehicles and there is a fire in which people are injured because the rescue vehicles cannot get to the seat of the fire, then this is a negligent form of killing, at least from an ethical perspective. Legally, that may look different. You always have to prove that it was precisely this illegal parking driver who affected the ambulance at this point in such a way that he could no longer get through and that a loss of human life is to be lamented as a result. That's a long chain of evidence that needs to be maintained. But no one would think of saying that illegal parkers generally affect traffic so badly that rescue vehicles are fundamentally impaired and rescue routes take longer and longer. This argument is not given anywhere. But you would always have to cite it if you really wanted to hold accountable the activists who contributed to disrupting the flow of traffic miles from the actual accident site.

Why is it that so many people are still so angry because they think that the activists are to blame - and that's not the case with illegal parkers?

You can distract from your own inability to act consistently by making others scapegoats. The general public knows and, in principle, also wants that something should change radically in favor of the climate. I deliberately say "radical" in the sense of "getting to the root" and not "radical" in the sense of actions. However, far too few are willing to change their own actions in everyday life or to support corresponding political guidelines. That is why the blockers touch the deep bad conscience of many people, especially political actors. Because they would have to set the political framework.

You have to imagine that: We are in a situation in Germany where it is not even possible to introduce a temporary speed limit on motorways. That's absurd. We are almost the only country on earth where there are no general speed limits on freeways, for example to save substantial amounts of energy. That cannot be enforced.

Not only would energy be saved, there would also be demonstrably fewer road deaths and CO2 emissions would be lower.

The traffic flows even better, because high speeds with a high traffic density mean that congestion and traffic jams develop more quickly. We've known that for decades. There are many, many reasons for a speed limit. It's a populist mania to lash out at climate protesters now. Almost 40 years ago, in 1984, the then Bavarian Prime Minister Franz Josef Strauss from the CSU congratulated the truck drivers who had been blocking a motorway leading to the Austrian border for weeks. At the time, you protested against the introduction of increased tolls on Austrian motorways. The border crossing was completely blocked, and vital transit traffic across the Alps was severely disrupted. The blockade was of course illegal and not a registered or even approved demonstration. Nevertheless, Strauss congratulated them. Today his party colleagues are outraged. Many political actors are playing the wrong game instead of discussing the issue more intensively.

The current Bavarian Prime Minister Markus Söder describes the climate activists as criminals who should be locked away across Germany as a preventive measure.

Yes, you are already doing that. In the Free State of Bavaria there is the special situation that there is preventive detention. This was introduced a few years ago when the Police Duties Act was tightened. This was justified by the threat posed by Islamist terrorists. And now this tool is being used to crack down on protesting climate activists.

That is totally disproportionate. Calling the activists "Climate RAF," as CSU regional group leader Alexander Dobrindt did, is populist agitation. It is absolutely reprehensible and completely irresponsible that this comes from an important functionary within the Union - and not just once, but very specifically and repeatedly.

Do you think the protests of the "last generation" climate activists are appropriate?

One should not affirm everything that climate activists do. For example, I can't understand the actions towards art at all, because art doesn't harm the climate compared to car traffic. Their actions must always be checked according to the established rules of civil disobedience. So the activists must be willing to accept penalties afterwards. This is also part of civil disobedience. Nor must they attack public order as a whole.

Each individual case must be checked. But the fact that the climate protesters are being beaten across the board, I think is a large-scale diversionary strategy by those who know that they have to change something, but are not prepared to actually make changes.

1 Online discount campaigns: are Black Friday and Cyber... 2 Car on credit?: These are the best car financiers 3 Home remedies against infection: recipes from all... 4 Labor law question: Do you always have to call in... 5 Saxony: Pilot project for hybrid teaching in rural... 6 Saxony-Anhalt: In 2021, every sixth new building was... 7 Thuringia: concerns about the schedule for the 2023... 8 Thuringia: Four horses run on the road and collide... 9 Bavaria: sabotage and fire at the biogas plant 10 Bavaria: River engineering measures in the Allgäu... 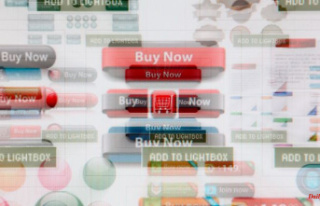