The possible granting of EU candidate status is more than a symbol. 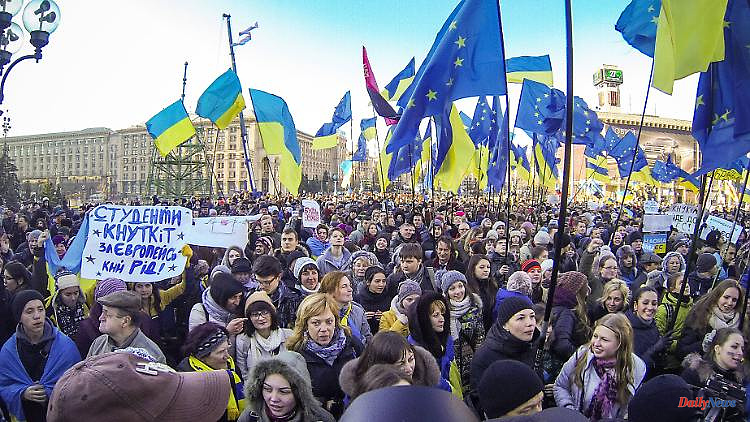 The possible granting of EU candidate status is more than a symbol. Yes, Ukraine has a lot of work to do before it can become a member of the EU. But if it meets the conditions, Europe too will benefit from its accession.

When Ukrainians took to the streets in Kyiv and other cities in the country with EU flags in November 2013, they had a comparatively unrealistic view of the European Union. The trigger for the protests was the decision of then President Viktor Yanukovych not to sign the completed association agreement with the EU, but the real reason was an idealistic attitude towards the EU among Ukrainians.

The internal problems of the Union were hardly familiar at the time, even to interested people in this country. And, of course, some might have believed that EU membership could be an easy road to a better life for Ukraine.

All these illusions, both idealistic and selfish, were long gone when Ukrainian President Volodymyr Zelenskyy signed the application for EU membership on February 28, four days after the Russian invasion began. One reason for the loss of illusion was the EU's weak response to the Russian annexation of Crimea and the war in Donbass since 2014, which was disappointing from Ukraine's point of view. Not least due to the many conditions that had to be met for visa-free travel, which was granted in 2017, politicians, civil servants and even ordinary people have now recognized that the path to the EU will be anything but easy. And the free trade agreement that has been in force since 2017 has not always proved to be optimal.

Nevertheless, according to the latest polls, almost 90 percent of Ukrainians support their country's possible EU accession. In any case, the EU issue has never been as controversial in Ukrainian society as the NATO issue. European ambitions already existed in the early 2000s during the time of Ukrainian President Leonid Kuchma. Many reforms that led to the signing of the association agreement and visa-free travel were started under Yanukovych. Around ten years ago there was still the belief that rapprochement with the EU and the development of good relations with Russia were possible at the same time.

Ukrainians had to pay for their dreams of the EU with blood on the Maidan. Since the annexation of Crimea and the Donbass war, hardly anyone believes that good relations with Russia are a possibility. There was a faint hope in Ukraine that relations with Russia could normalize in the foreseeable future. But since February 24, the foreign policy wishes of the Ukrainians have been clear.

Kyiv is not calling for rapid accession as part of an expedited procedure. The granting of candidate status, unimaginable earlier this year, is at least as important for the European Union as it is for Ukraine under the current circumstances. Because if Ukraine, of all people, has no prospect of accession, it is questionable what sense the EU has at all.

Of course, Ukraine is far from being a perfect state. The expectations of Ukraine should not be too high. The Ukrainian parliament recently ratified the Istanbul Convention on Combating Violence Against Women and Domestic Violence. But that was mainly due to the current situation. Ratification was controversial in parts of Ukrainian society, and it has to be said clearly for homophobic reasons. The problems with corruption and authoritarian tendencies of almost every Ukrainian president are also evident. No less important, however, is the fact that the Ukrainians have always put up resistance here and prevented this.

Nevertheless, many Germans' view of Ukraine is strongly influenced by stereotypes. For a country in the middle of a war, however, Ukraine is functioning incredibly well even after nearly four months of war. The Ukrainian railway and the Ukrainian post shine with unbelievable performance under the most complicated conditions. As a digital country, Ukraine is superior to most states of old Western Europe. Much has also been done in the fight against corruption. For example, civil servants and politicians have to disclose their income on the Internet, and several anti-corruption structures such as the national anti-corruption office have been set up, even if implementation is still lacking.

This is precisely why the European Commission has given Ukraine clear conditions that it must meet, for example in the practical implementation of the fight against corruption, before accession negotiations can begin. When this can really begin is not foreseeable, above all due to the war. In the case of negative forecasts and comparisons, for example with the western Balkan states, it is often overlooked that Ukraine - unlike these states when they were given the status of candidate countries - has had a functioning association agreement with the EU for eight years.

The candidate status is therefore more than a symbolic step intended to give the Ukrainians strength in the fight against the Russian occupiers. If Ukraine meets the conditions, it would be a big win for the EU. Firstly, it is a deeply pro-European country, secondly, Ukraine as a society is showing that it does not just defend democracy in Sunday speeches, and thirdly, it is defending itself against an aggressor that is threatening the entire continent. Especially at a time when Ukraine is experiencing a kind of natural de-oligarchization because of the war, it is absolutely necessary for Brussels and Berlin to support the country in this way and to give it a clear European perspective.

1 Ukraine talk at "Markus Lanz": Weimer: "The... 2 Free solution only sufficient: Good password managers... 3 If the iPads are too expensive: Tablets under 300... 4 Corded and Cordless: These vacuum cleaners do a good... 5 Natural cosmetics fail: Not all sunscreens are good 6 Just a "very good" powder: turmeric is a... 7 Inexpensive companies wanted: These are Germany's... 8 Öko-Test kokelt: charcoal in the test - three times... 9 Energy-saving tip for summer days?: Water not below... 10 Öko-Test cleans the wet room: These bathroom cleaners... 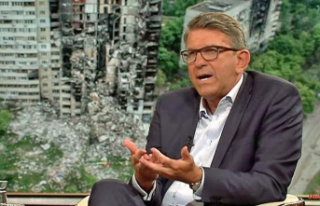