The debate about an oil and gas embargo against Russia is in full swing in the EU. 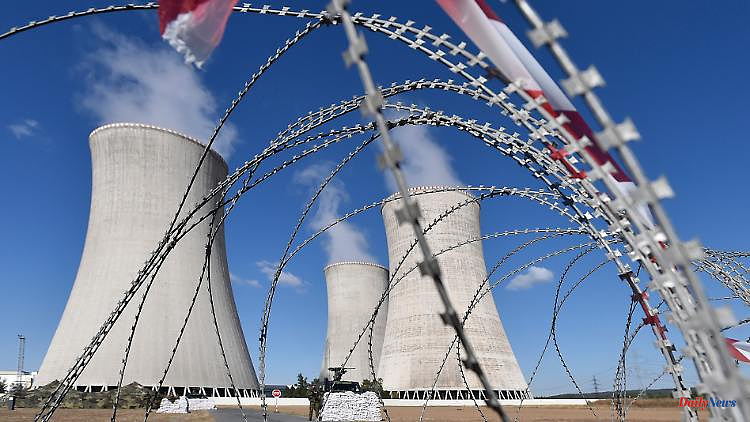 The debate about an oil and gas embargo against Russia is in full swing in the EU. "As soon as possible" they want to get rid of Russian raw materials, they say. However, the dependency on Russia's uranium is being forgotten - or deliberately left out. It's bigger than expected though.

The West depends on a drip of Russian raw materials. The EU now wants to invest 300 billion euros to get rid of fossil fuels from Russia, as Commission President Ursula von der Leyen recently announced. The decoupling from Moscow should happen "as soon as possible". The search for substitute suppliers for Russian oil and gas is already in full swing in many member states. In view of the war of aggression against Ukraine, Russia needs to be further decoupled from the world economy. However, there is a blind spot in all the discussions and efforts to embargo Russian raw materials. One energy fuel is always forgotten - or deliberately left out: uranium.

That could be for a good reason. "The EU is even more dependent on Russia for nuclear energy than for natural gas," says Volker Quaschning from the University of Applied Sciences in an interview with ntv.de. The figures confirm this: According to the European Atomic Energy Community (Euratom), Europe obtains around 40 percent of its enriched uranium, which is required for the operation of nuclear power plants, from Russia and Kazakhstan, which is loyal to the Kremlin.

But it's not just the raw materials. Where Russia lags behind the West in technology in most areas, the situation is very different in the nuclear sector. Moscow has pumped billions into processing technology in recent years. With success: Russia's uranium processing plants are among the best in the world. According to the World Nuclear Association, many Central and Eastern European countries depend not only on Russian uranium but also on Russian nuclear technology. There are Russian nuclear reactors in 18 EU countries: two in Bulgaria, six in the Czech Republic, two in Finland, four in Hungary and four in Slovakia.

Euratom has already expressed concern and considers the EU to be "significantly vulnerable" in this area. Because these pressurized water reactors have to be changed regularly - but they only run with the hexagonal fuel rods of Russian design. Since Western manufacturers still have little experience with these fuel elements, the nuclear power plant operators can hardly reduce their dependency on Russia without endangering their operations. The older versions can only be supplied by Rosatom anyway.

The ties between many European countries and the Russian state-owned company are therefore enormous, says Quaschning. Founded in 2007 by Vladimir Putin, Rosatom reports directly to the Kremlin and now holds a leading position in the global uranium and nuclear business: Today, more than 350 companies belong to the Russian state-owned company - including the German nuclear technology company Nukem Technologies. With interests in uranium mines in Canada, the United States and Kazakhstan, Rosatom is the second largest uranium producer in the world, just behind Kazakhstan. More than 30 percent of global exports of enriched uranium comes from Russia. The world's second largest supplier of the fuel, the Netherlands, accounts for less than half of Russia's exports, according to data from think tank Bruegel.

The fact that Russia's uranium enrichment business is going well is also shown by satellite images from the aerospace company LiveEO, which the "Wirtschaftswoche" evaluated. Accordingly, the plant in Novouralsk, one of four storage complexes in Russia, has doubled in the past twelve years. "In the past few years, Russia has deliberately built up a strategic position in the nuclear sector," sums up Anke Herold from the German Öko-Institut on Deutschlandfunk.

The Kremlin's strategy of supplying the West with uranium and nuclear technology at low prices paid off: the EU is dependent on the Rosatom business. The fact that business with the nuclear technology company from Moscow is continuing despite the war of aggression against Ukraine shows just how much. The civilian nuclear sector is explicitly exempt from EU sanctions. With around eight billion euros that the EU spent on Russian nuclear technology from 2010 to 2019, the amounts of the European nuclear business for Russia are much smaller than those of the oil and gas business. But they, too, fill Putin's war coffers and lead to further dependency on the West. "However, this has been hushed up so far," warns Quaschning. The war is even playing into the hands of the Russian president - the price of uranium on the world market has already risen by 30 percent and has reached its highest level in eleven years. The concern that Putin could turn off the uranium tap has put many nuclear power plant operators on the alert. A trump card for Putin that could have devastating consequences for the West.

This is because the latter has failed to seek sufficient diversification and protection in the event of supply shocks when it comes to uranium deliveries, as the European strategy for energy supply security shows. If the uranium supply from Russia were to be stopped now, the operators would need a replacement, explains Quaschning. However, "I can't order fuel elements on Ebay". The suppliers are limited and the delivery times are very long. According to the expert, such a scenario could seriously jeopardize the continued operation of the nuclear power plants. "That can torpedo the power supply of entire countries."

Should the power supply actually fail in countries like Slovakia or Hungary, which obtain 57 and 48 percent of their electricity from nuclear energy and are dependent on Russian supplies, it would not be that easy to replace either. "Electricity is even more difficult to transport than gas and oil," says Quaschning. Depending on how strong the lines to the neighboring country are, the international community can absorb a part. "Otherwise the power supply simply breaks down."

The following example shows that the power supply for some EU member states could actually become precarious without Russian deliveries: In order to supply the nuclear power plants in Slovakia and Hungary with fuel elements, Russian transport planes were allowed to land there in March and April - despite the EU flight ban for Russian machines. They got a special permit. Hungary also made it clear that it did not intend to forego cooperation with Russia.

Because of its nuclear phase-out, Germany is far more independent of Russian uranium deliveries. Nevertheless, Russia earns money from Germany's nuclear energy. Through the takeover of Nukem Technologies, Rosatom not only receives money for the storage of radioactive waste, but also for the dismantling of the nuclear power plants in Neckarwestheim and Philippsburg. Germany could also be indirectly affected by a supply freeze for Russian uranium if "the power supply fails in two or three other European countries," says Quaschning. "Because we have a European electricity market. Electricity prices could rise to unprecedented levels."

To avoid a similar situation in the US, American nuclear power producers have asked the government to continue allowing uranium supplies from Russia despite the Ukraine war. "The (US nuclear) industry is just addicted to cheap Russian uranium," Reuters quoted an industry source who asked not to be named. To date, even the US has not imposed sanctions on Rosatom.

The huge state-owned company would be a suitable target for sanctions - if only because of its global superiority. "We have to start talking about the uranium deliveries from Russia," emphasizes Quaschning. In the best case, other countries would also phase out nuclear power. At the very least, they need to diversify their uranium suppliers. For example, it is also possible to obtain uranium from the USA or other European countries. The expert predicts that this is exhausting and takes a long time. "But in this situation there is no other option."

1 Haas plans updates later: Mick Schumacher receives... 2 No relaunch of coalition: Jamaica talks in North collapsed 3 Evacuation at the Ice Hockey World Championships:... 4 What does he look like?: The Take That star is hardly... 5 Hit with "Conquest of Paradise": film composer... 6 Activists face the death penalty: Lukashenko bans... 7 40 billion dollars for aid: USA decide on new Ukraine... 8 Ross, John and May: Mega concert for Queen is taking... 9 From favorite to attractive figure: the crash of golf... 10 Dissolution of parliament is possible: government... 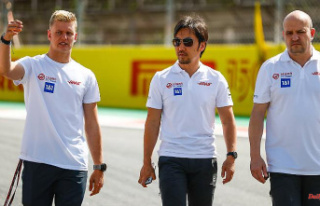