During the course of their on-off relationship, Khloé Kardashian is systematically cheated on by Tristan Thompson. 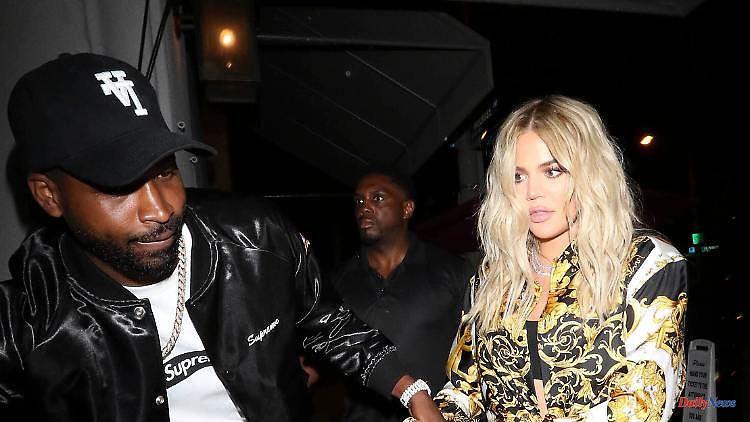 During the course of their on-off relationship, Khloé Kardashian is systematically cheated on by Tristan Thompson. A paternity test proves another fling in December. The 37-year-old now learns about the affair for the first time on the reality TV show "Kardashians".

It's hard to count the number of times Khloé Kardashian and Tristan Thompson have announced their split in the past few years, only to get back together shortly after. But one thing is clear: The basketball professional has publicly cheated and exposed the reality TV actress dozens of times. The 37-year-old's reaction to his last known escapade, which meant the final end of the on-off relationship, can currently be seen by viewers on the Disney show "Kardashians". Thompson was pregnant with another woman at the time.

In the show's season finale, which was taped back in December, Khloé Kardashian was one of the last family members to find out about the infidelity during a phone call with sister Kim Kardashian. The 41-year-old, who is accompanied by a camera crew, previously sent her a Daily Mail article about the paternity lawsuit that Thompson's ex-affair had filed against the basketball pro. "What? What the hell is that? No, what the hell. This can't happen!" Khloé can be heard through the phone speakers before she starts to sob. "Let me fucking call him, I can't fucking believe that!"

The fact that she found out about Thompson's affair at the same time as the rest of the world frustrated her more than anything, Khloé later confirmed in the reality TV show's confessional. The two had just moved into a house together and were planning to expand the family. There was also talk of a wedding. "It's an extra slap in the face, it's humiliating, I'm embarrassed," said the entrepreneur. She now goes through "every event, every big gesture, every trip, every date" in her head. "Everything is an act of betrayal. Everything is a lie. Everything is manipulation, it is deceit," she sums up. "Has Tristan had many opportunities to tell me? Yes. Would Tristan have told me if there hadn't been a baby involved? Absolutely not. And that says a lot about his character."

The fact that he didn't tell her the truth led her to suspect that there were "a dozen other incidents" that just weren't public yet, Khloé told her sister Kendall Jenner afterwards. She immediately called Thompson and he tried to explain himself, Khloé also tells Kim at a photo shoot. But it "doesn't matter" what he tells her, "nothing will give me the answers I'm looking for," she adds. For Kim, the situation is "the biggest sign" for Khloé not to have another child with Thompson. She can't believe the athlete even hired a legal team and filed a statement in court without speaking to Khloé.

Fitness model Maralee Nichols filed a paternity suit against Thompson in June 2021. According to court documents, she claimed to have had an affair with Thompson for months. He assured her that he had long been separated from Khloé Kardashian. The child was conceived on Thompson's birthday in March. The 31-year-old initially denied the allegations and in turn sued Nichols. Only after a paternity test did he take "full responsibility for my actions" in an Instagram story and announced that he wanted to "raise the boy amicably". Apparently he never lived up to that promise. "He has not attempted to meet her son, nor has he provided any financial support," Nichols' attorney said in February.

Several infidelities had come to light over the course of Kardashian and Thompson's five-year on-off relationship. Just days before True Thompson's birth in 2018, the athlete was filmed having fun with two other women at a bar. In February 2019, it was revealed that he had kissed Kylie Jenner's best friend, Jordyn Woods. Then, in April 2021, Instagram model Sydney Chase claimed on the No Jumper podcast that she had an affair with Thompson. He is also said to have told her that he was single.

1 Despite the Oscar for "Philadelphia": Tom... 2 New film by Nicolette Krebitz: Anyone who says A must... 3 "Do you think we're all stupid?": Kurt... 4 Trial begins in London: Kevin Spacey remains at large 5 New music in July: Beyoncé returns with "Renaissance". 6 "Less nervous" this time: Joe Jonas is more... 7 "I feel the love": Ozzy Osbourne back home... 8 Concert cancellations due to Corona: Mick Jagger on... 9 Kick it like William: Prince William plays football... 10 Comic Salon in Erlangen: heroic, feminine and completely... 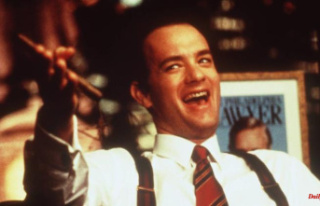 Despite the Oscar for "Philadelphia": Tom...