The news about contagion with the monkeypox virus is piling up. 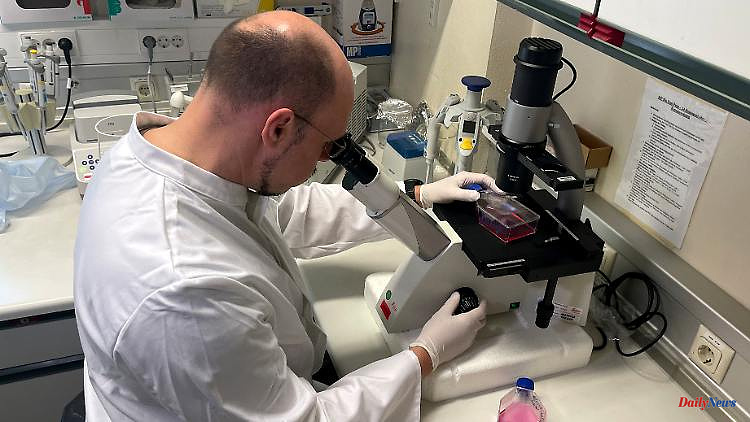 The news about contagion with the monkeypox virus is piling up. The authorities are also recording cases in Germany. Although health experts are quite surprised by the accumulation in Europe, they immediately give the all-clear: A situation like the one with the corona virus does not threaten.

A first case of monkeypox has been confirmed in Berlin. RTL/ntv learned this from the doctor treating the person concerned. The man suffers from mild symptoms such as exhaustion, muscle pain and has two of the smallpox typical of the disease, according to the infectiologist Heiko Jessen. The person concerned was probably infected in a Berlin club last weekend. According to Jessen, he is currently looking after another suspected case with more pronounced symptoms - smallpox all over the body. The doctor assumes that the Robert Koch Institute (RKI) will also confirm this case later in the day. "I expect an increase in cases in Berlin for the next week," said Jessen.

According to the State Ministry of Health, there are also indications "of possible contact between people with the monkeypox virus" in North Rhine-Westphalia. A spokesman for the ministry said these tips will be followed up. The State Center for Health is in close contact with the standing working group of the competence and treatment centers for diseases caused by highly pathogenic pathogens. "The situation is being closely monitored; the doctors and health authorities are being asked to be more vigilant," added the ministry spokesman. According to the current findings of the RKI, a risk to the health of the general population in Germany is considered to be low.

The first case of monkeypox in Germany was confirmed on Friday. The Bavarian Ministry of Health announced that a 26-year-old from Brazil who had traveled from Portugal to Munich via Spain was affected. He has been in the Bavarian capital for about a week, having previously been to Düsseldorf and Frankfurt am Main.

It is the first case of monkeypox ever recorded in Germany; according to the RKI, the virus had never been detected in this country before. Fever, severe headache, back pain, sore throat, cough, and often also swelling of the lymph nodes are possible symptoms. A rash that spreads from the face to the body is also typical. Blindness and disfiguring scars rarely occur as permanent damage. According to health authorities, the virus usually causes only mild symptoms, but can also have severe courses - for example in small children or immunocompromised people. In individual cases, fatal diseases are possible.

The virologist Sandra Ciesek made it clear on Twitter that people with a restricted immune system and people who live under poor hygienic conditions have a higher risk of a severe course of the disease. The virus is transmitted between humans "through close physical contact" with an infected person, Ciesek explained: "The skin rash, body fluids (such as liquid, pus or blood from skin lesions) and scab are particularly contagious." The saliva of patients can also be infectious.

The disease, which is particularly widespread in Central and West Africa, has been detected in several European and North American countries since the beginning of May. After the first cases in Great Britain, there were also reports from France, Spain, Portugal, Italy, Sweden and the USA. According to the World Health Organization (WHO), it has been mainly gay or bisexual men who have been infected. In principle, anyone can become infected with the virus.

The WHO warned on Friday of a rapid spread of monkeypox in Europe in the coming months. "I'm worried that the transmission could accelerate," said WHO Europe Director Hans Kluge, referring to events, festivals and parties that often take place in summer. According to Kluge, the spread of the rare disease is "atypical". "All but one of the most recent cases have no relevant history of travel to areas where monkeypox is endemic," Kluge said. The organization called for a rigorous follow-up of all contacts of those affected. Clinics and the population would have to be made aware of the symptoms.

The pandemic expert Peter Horby from the British University of Oxford was also surprised at the spread. Horby told the BBC it was an "unusual situation" as the virus was being transmitted outside of West and Central Africa. There is "apparently an element of sexual transmissibility," Horby said. Twenty cases of monkeypox have been confirmed in the UK so far.

Meanwhile, Spanish authorities are investigating the suspicion that gay pride parties on the holiday island of Gran Canaria could have been another source of infection for monkeypox. This was reported by the newspaper "El País", citing sources in the health sector. About 80,000 people from Spain and many other countries took part in "Maspalomas Pride" from May 5 to 15, the newspaper reported. Men from Italy, from Madrid and from the neighboring island of Tenerife, where the virus was detected, are said to have taken part in the celebrations.

The veterinarian and virologist Gerd Sutter estimates the risk of a major monkeypox epidemic in Germany to be low. The cases of monkeypox currently observed in Europe are most likely infections that were originally brought in from Nigeria. "Transmission from person to person is possible and usually requires direct contact with infected people," says Sutter, who teaches at the Institute for Infectious Medicine and Zoonoses at the Ludwig Maximilian University in Munich. The expert describes the chains of infection as short, especially compared to the corona virus. "One coughs and hundreds get infected: That doesn't exist with monkeypox," he told Die Zeit. 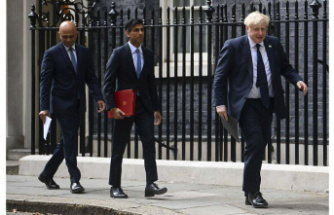 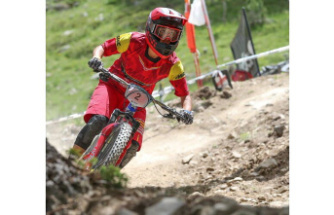 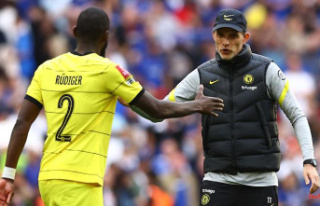