Fallen Steelworks in Mariupol: The resistance was not in vain

Kyiv and Kharkiv withstand the Russian onslaught, but not Mariupol. 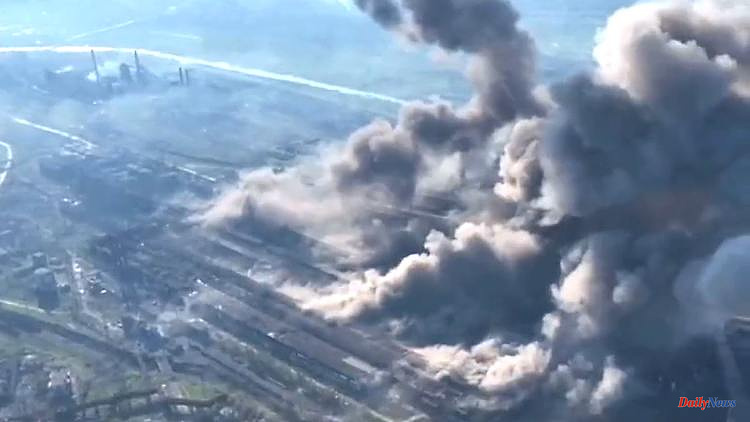 Kyiv and Kharkiv withstand the Russian onslaught, but not Mariupol. Now the fight for the steel works comes to an end, most of the fighters surrender. The city is now completely in Russian hands. But the willingness to make sacrifices made sense.

They have long been heroes of Ukraine, those fighters who held out in Mariupol and did not want to surrender. Nothing will change if they lay down their arms after all. The defenders of the Azov steelworks go into Russian captivity. This ends the battle for the port city in south-eastern Ukraine, which Russian President Vladimir Putin actually wanted to have conquered weeks ago. Also because his troops did not succeed in 2014.

"Ukraine needs living heroes," said Ukrainian President Volodymyr Zelenskyy. Whether the fighters will survive is uncertain. The injured are said to be treated, but are they actually? In view of the brutal actions of the Russians, anything seems possible. Perhaps the prisoners are lucky and considered hostages who might yet be useful. For example an exchange. So far, however, the Russian leadership has not given the impression that it cares much about the lives of its own soldiers.

It seemed pointless and desperate when around 2,500 fighters barricaded themselves in the Azov steelworks in early March. Several thousand men and women, including many civilians, hid in the catacombs of the extensive site. Most of them should have been clear "that things will not end well for them," said politics professor Carlo Masala ntv.de. They tried anyway. Not because they hoped that one day a monument would be erected for them. They had a plan.

Through their resistance, the fighters managed to hold the Russians for weeks. The commander of the Azov regiment said that the Russians outnumbered him tenfold. That may have been an exaggeration, but the trend was correct. Up to 15,000 Russian soldiers were reportedly unable to move on. That's a lot, considering that Ukraine was initially invaded by an army of around 100,000 men, a third of whom are said to have been killed, injured or taken prisoner. "That was a thorn in the side of the Russians," says Ukraine expert Andreas Umland from the Stockholm Center for East European Studies.

While those trapped in the steelworks ran out of water and food, they gave the Ukrainian army breathing space. In the Donbass, but also in the south on the Black Sea coast. The liberal Hungarian newspaper Nepszava writes that the Russian advance has been delayed by two months. Their goal was Odessa, but they did not reach it. There were a few skirmishes, a few explosions. But the blue and yellow flag still flies over the city on the Black Sea. A success, even if Russian warships blocked the port. But Odessa in Russian hands would have been a punch in the pit of the stomach. A symbol of decline.

The Ukrainians are celebrating a success on the information front. Not only because the courage of the fighters could inspire new exploits. But also because the international press followed the fight. Many in Ukraine fear, many in Moscow hope that people in the West will eventually lose interest in the war. However, the battle for the steel mill fascinated the international media. And they saw how Russia bombarded the area - possibly with phosphorus bombs. At some point, Putin agreed to an evacuation. If he had caused a bloodbath there, the next outcry would have been certain.

The Russian propaganda against the Azov regiment, which defended the steelworks together with other Ukrainian units, should now be less effective. For the Russians, the troops are a neo-Nazi group. Although it was actually founded by right-wing extremists, it now belongs to the National Guard, as Umland explains. The former leaders left them and founded a party instead. According to Umland, there will still be one or two neo-Nazis in the regiment. He describes the Azov fighters as a regiment "with a dubious past". However, recruits were selected from a purely military point of view. It remains irritating that the regiment still adorns itself with the Wolfsangel, which some see as a Nazi symbol. For most Ukrainians, however, that is meaningless, says Umland.

Soon the Russians will trudge through the destroyed steelworks and congratulate each other. Ukrainians still worship their fighters as heroes. But nobody won. The city of Mariupol, home to hundreds of thousands, has been devastated. And the war goes on.

1 Back on track after criticism: Russian military expert... 2 Smachnoho: Ukrainian Syrniki - Cooking with Anastasia 3 Mutti's house should believe in it: Leni Klum... 4 Sanctions must be lifted: Russia only opens Ukrainian... 5 What Terodde now has to prove: Flick puts the second... 6 In case of skin changes to the doctor: monkeypox detected... 7 Friends should get something: British couple wins... 8 Motive is still unclear: 21-year-old shoots at school... 9 Gnashing of teeth at the FDP: Traffic light suspends... 10 Fight against land speculation: Ampel wants to end... 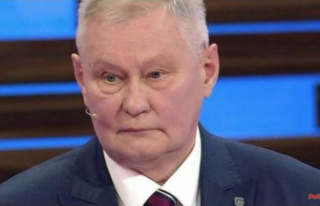 Back on track after criticism: Russian military expert...