Farewell Draghi, Italy called to the polls this fall

"The political situation has led to this decision," the president said in a brief televised address, referring to the resignation of Prime Minister Mario Draghi after the defection on Thursday of three major parties from his coalition in a vote of confidence in the Senate. 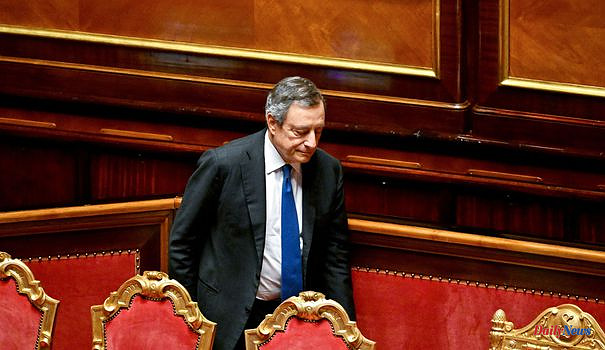 "The political situation has led to this decision," the president said in a brief televised address, referring to the resignation of Prime Minister Mario Draghi after the defection on Thursday of three major parties from his coalition in a vote of confidence in the Senate.

“The discussion, the vote and the manner in which this vote was cast yesterday in the Senate made evident the end of parliamentary support for the government and the absence of prospects for giving birth to a new majority,” he explained. , while paying tribute to the "efforts made during these 18 months" by Mr. Draghi.

The Italian media put forward several possible dates for these elections: September 18 and 25, or October 2.

The arch-favorite in the upcoming election is the so-called "center-right" coalition, which brings together Forza Italia, Silvio Berlusconi's right-wing party, and the far right represented by the League of populist anti-migrant tribune Matteo Salvini and Fratelli from Italy.

Fratelli d'Italia, a post-fascist party chaired by Giorgia Meloni, is given the lead in voting intentions, with nearly 24%, ahead of the Democratic Party (22%) and the League (14%), according to a poll by the SWG institute realized on July 18th. Forza Italia would collect 7.4% of the vote and the 5 Star Movement (M5S) 11.2%.

Until further notice, the resigning government led by Mario Draghi remains in place to deal with current affairs.

The resignation of the former head of the European Central Bank had become inevitable after Forza Italia, the right-wing party of Silvio Berlusconi, the League, the far-right formation of Matteo Salvini, and the populist formation Mouvement 5 Etoiles ( M5S) refused to participate in a vote of confidence requested by the head of government in the Senate on Wednesday.

Mr. Draghi said he was ready to stay in office only if the parties in his coalition fell into line around a government "pact", already jeopardized last week by a first defection from the M5S. Their response was scathing.

Arrived at the head of the executive in February 2021 to get Italy out of the health and economic crisis, Mr. Draghi, 74, presented his resignation on July 14 to President Mattarella, who immediately refused it.

Mr. Draghi believed that his government of national unity, ranging from the left to the far right, was null and void after the crisis caused by the defection the same day during a key vote, already in the Senate, of the M5S, him - even faced with strong internal dissension and a haemorrhage of parliamentarians.

But his appeal was ignored by the heavyweights of his coalition, whose eyes were already on the upcoming election campaign. In the end, only the center and the left embodied by the Democratic Party (PD) remained by its side to the end, among other things because they fear more than anything early elections where they will be beaten by the right in all opinion polls.

"We are ready. This nation is in desperate need of regaining its conscience, its pride and its freedom," Giorgia Meloni, a 45-year-old trained journalist who could become Italy's next head of government, tweeted on Thursday.

A prospect that worries Italy's European partners because without defending an exit from the EU, Fratelli d'Italia advocates a revision of the treaties and the substitution of the Union by a "confederation of sovereign States". He does not plead for an exit from the euro but calls for a radical reform of the ECB.

The EU and NATO are also losing with Mario Draghi a "pillar", a precious ally in their support for Ukraine against Moscow, and they fear the coming to power of the Russophile Matteo Salvini.

The markets are carefully scrutinizing the situation in the euro zone's third largest economy. The "spread", the closely watched gap between German and Italian ten-year interest rates, rose to 240 basis points on Thursday, reaching its highest since spring 2020, in the midst of the Covid-19 pandemic. .

1 Italy's president dissolves parliament after... 2 Moscow's announced offensive - and the real turning... 3 War in Ukraine: the Russian army intensifies its bombardments... 4 Living in the shadow of the cooling tower 5 Arrest of the "narco of narcos", betrayals... 6 Now the EU is granting relief to Russia – for wheat... 7 How Apple wants to fight spyware with its "lockdown... 8 Doctors under pressure, bad practices ... A new report... 9 "Millions of people in work depend on social... 10 World Championships in Eugene: That was the night... 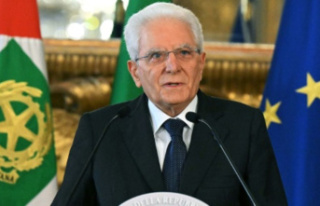