For four days, people in London will have the opportunity to personally say goodbye to the Queen's coffin. 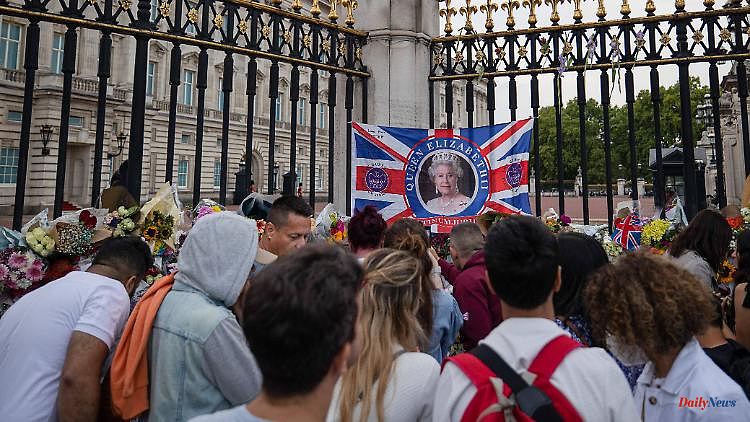 For four days, people in London will have the opportunity to personally say goodbye to the Queen's coffin. The British metropolis is preparing for a mass rush. It could even be as turbulent as in 2005 at the funeral of Pope John Paul II in Rome.

The authorities in London are preparing for huge crowds in the British capital at the public farewell to Queen Elizabeth II. At the four-day wake in the British Parliament alone, around two million mourners are expected to pay their last respects to the monarch, said the senior president of the House of Commons, Peter Bottomley, on the BBC 4 radio station.

The coffin containing the remains of Elizabeth II is due to be laid out in the Westminster Hall of the British Parliament from Wednesday. It should be open to the public day and night until Monday morning. "When Queen Mum died, 200,000 people came, we'll see ten times as many now," Bottomley, a member of the Conservative Party, is certain.

It was "a sad but great opportunity for people to see both the modernity of the monarchy and its history," Bottomley said. However, organizing so many people is also a major challenge, not least because of the need for toilets for so many people who have to queue for hours.

Parliament has already published instructions for citizens who want to say goodbye to the Queen in person. Considerable waiting times are to be expected, possibly overnight. There are few opportunities to sit down. However, camping chairs are not permitted. Teddy bears and flowers are also not allowed into Parliament.

"The Sun" also quoted staff who take care of the logistics of the funeral ceremonies. The waiting time could therefore be up to twelve hours. The lines of people could stretch for several kilometers.

"The Sun" speculates that the masses of mourners could be close to those who bid farewell to Pope John Paul II in Rome in 2005. The body of the head of the Church was then laid out in the Apostolic Palace. About a million people stood in line for hours singing, crying and praying for a last glimpse of the pontiff.

The increase in hotel bookings in the metropolis also shows that London must expect a rush. The Travelodge chain, with almost 80 London hotels, announced that bookings from guests from all parts of the country were increasing. You work "around the clock" to prepare for the time around the state ceremony. "We've gotten more crowded since they announced the dates," said an employee at The Bridge Hotel in London's Southwark, about a half-hour walk from Westminster Hall. At the even closer Waterloo Hostel, bookings are up 30 percent.

Queen Elizabeth II died on Thursday at the age of 96 at her Scottish country estate, Balmoral Castle. This Monday afternoon, the Queen's coffin is to be taken in a procession to St. Giles Cathedral in Edinburgh, where the Scottish population can say goodbye. The Queen's body will be flown to London on Tuesday. The monarch will be laid to rest here next Monday, September 19, with a state funeral.

Numerous international guests have confirmed their attendance at the funeral, including Federal President Frank-Walter Steinmeier and US President Joe Biden with his wife Jill. They will then be received by Charles III, who has officially been the new British king since Saturday. 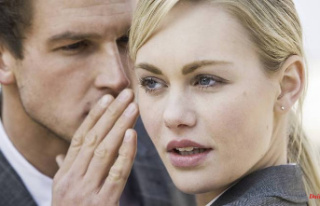