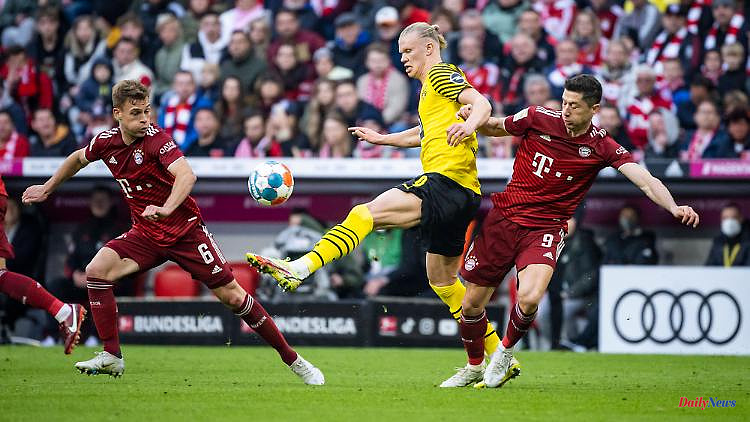 Number of viewers on free TV? Sink. Stars? Want to go abroad. Master? Always the same. The Bundesliga is losing its attractiveness and that makes many decision-makers nervous. The new head of the German Football League relies on digitization.

Donata Hopfen is worried, Philipp Lahm is worried, Hans-Joachim Watzke sees dangers. The Bundesliga's fight for its attractiveness occupies the protagonists like never before. In the field of tension between leaving stars, returning big clubs, commercial criticism and boredom debate, the elite class must find its way into the future.

The fact that the league will have to do without Erling Haaland and sooner or later Robert Lewandowski is an alarm signal for many observers. "It's a shame," said Lahm. "The league needs top players like this of international caliber." The concerns of the 2014 world champion captain are work-related. After all, the tournament director doesn't want to hold the European Championship finals in two years' time in a country where the league only plays a subordinate role for its own fans and in European comparison.

That is exactly what Watzke fears. "The lack of stars is a great danger for the Bundesliga," said the managing director of Borussia Dortmund and supervisory board boss of the German Football League (DFL) recently in "Sport Bild": "We have to be careful and try to attract many of the stars that we still have have to hold." According to Watzke, however, this is "difficult in view of the great financial pressure from England".

Hasan Salihamidzic sees it similarly. "We all have to work to ensure that we have attractive names in the Bundesliga," said the sports director of record champions Bayern Munich, who recently had to constantly defend himself because of alleged failures in transfers: "We will try to do something within our financial means - which is not easy in these times." With these times, Salihamidzic means the effects of the corona pandemic and the competition from abroad, which is subsidized with huge sums from various sources. How the Bundesliga should deal with this is one of the open questions.

Especially the Bavarians are at the center of the vicious circle. Their tenth title win in a row ensures maximum boredom at the top of the league. 78.3 percent of the fans in a poll by the voting app FanQ want a new title holder in the coming year. On the other hand, Munich's early exit from the Champions League also hurt the Bundesliga. The debates about the distribution of media money have therefore been going in circles for years.

At least everyone involved agrees that the return of traditional clubs Schalke 04 and Werder Bremen is good for the league. After all, "dwarfing" was a dominant theme recently. The marketing experts wish for even more sonorous names as a substitute for too many gray mice.

This also applies to the TV makers who pump the most money into the league. If they see interest dwindling, the league is threatened with declining income from media contracts in the future, as was the case recently. And that's exactly what it looks like at the moment.

"Only" an average of 3.91 million people watched Bundesliga match reports on ARD last season, which corresponded to a market share of 18.6 percent. In the pre-season, 4.79 million viewers watched the summaries on Saturday, the market share was 19.0 percent. The figures from Sky show that those responsible for the media are hoping for improvement with the return of the big clubs. The pay-TV broadcaster recorded an average of 4.6 million viewers for the transmissions - an increase of two percent compared to the previous season. Included in the figures is the prominent second division, which as a "growth driver" was able to increase its audience figures by 54 percent.

The DFL would like to improve in one area in particular: "We want to be the most digital football league in the world," said boss Hopfen - and reported on the envisaged connection "of tradition and innovation".

1 At the age of 46: DBB legend Ademola Okulaja is dead 2 After the massacre in Buffalo: Biden criticizes the... 3 "Know the sound of guns": US metal singer... 4 Because of suspicion of abuse: Johnson's party... 5 Star chef threatens Eton Mess: Jamie Oliver demands... 6 US circles on the flight recorder: Boeing deliberately... 7 Strained relationship with Kyiv: Macron promises more... 8 The day of the war at a glance: fate of Azovstal prisoners... 9 Strained relationship with Kyiv: Macron wants to expand... 10 "No game with open cards": Merz accuses... 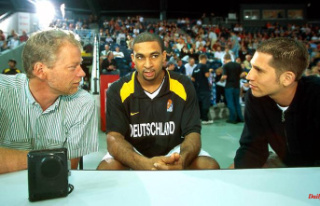