Ferrari, the F stands for error

All you could hear was puffing on the radio. 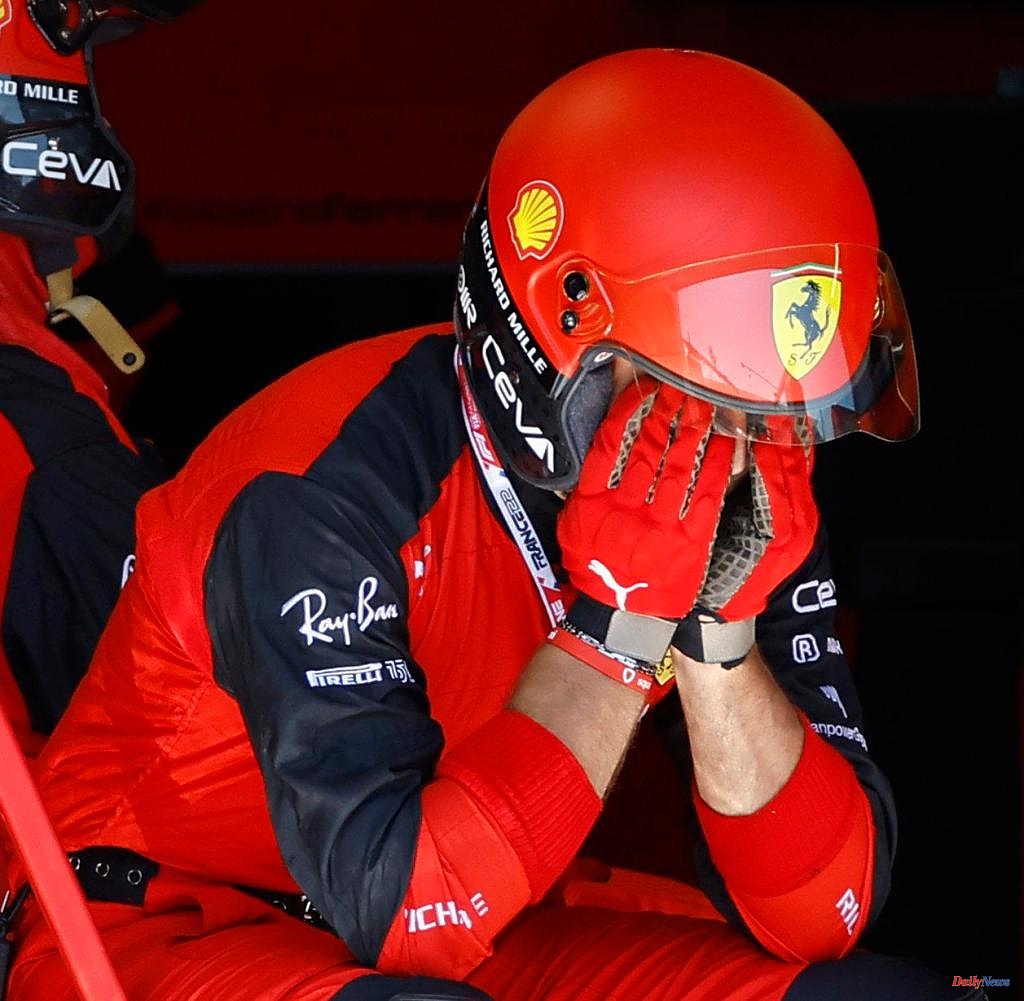 All you could hear was puffing on the radio. After Charles Leclerc, as the leader of the French Grand Prix on Sunday, came off the asphalt and crashed into the barriers, the frustration ran deep. The Monegasque puffed into the microphone and when he had enough of that he got really angry. As if all the anger had to come out at once, the Ferrari driver who had accidentally left the radio on roared out a loud and long “Nooooooooooooooood”. The TV stations broadcast the scene in the living rooms of the world.

During the race, Leclerc tried to explain his mistake. As he spoke, the engines of his competitors roared in the background. His biggest competitor in the fight for the world title, Max Verstappen, pulled past and ultimately won the race with ease – and extended his lead in the drivers' championship. “I will believe in the World Cup until it is no longer mathematically possible. But it's not looking good at the moment," Leclerc admitted.

After the retirement, it initially seemed as if a jammed accelerator pedal had been the cause of the accident. On the radio, the Ferrari driver cursed in a way that was difficult to understand, and the term gas pedal was mentioned. This had already caused problems in Austria two weeks earlier, when he was able to save victory over the finish line. But when asked about it, Leclerc ruefully admitted in France that it was his mistake that led to the failure. "I'm performing at the highest level of my career so far, but it's no use making mistakes like this," said the 24-year-old contritely.

In Imola and now in France, it was Leclerc who made the mistakes. His team messed with him even more often. At his home race in Monaco, a questionable strategic decision cost him victory. In Baku and Barcelona he retired with engine problems - and was in the lead in each case. In addition, there are technical problems with teammate Carlos Sainz. In Austria he even had to save himself from his burning Ferrari. In Baku, four cars powered by Ferrari engines were eliminated, only two crossed the finish line. In addition to the Scuderia itself, Alfa Romeo and Haas, for which Mick Schumacher starts, also drive with drives from Maranello.

This is probably one of the reasons why team boss Mattia Binotto, who is considered a fan of the pilot from his own youth forge, does not publicly accuse Leclerc. “Charles drove to the limit. Then something happens. Why it happened, we will discuss in the coming days. We will learn from it. Charles will come back stronger in Hungary," said Binotto.

The curious thing: At the beginning of the season, the situation was the other way around, at that time Red Bull had the less reliable car. Verstappen dropped out twice in the first three races, Leclerc won twice and finished second once. Although both were equally fast, the reliability of the Ferrari seemed to be the greatest trump card. Ironically, the tide turned with an engine update in Barcelona. Since then, Ferrari has been beating itself - and regularly. So it will not be with the long-awaited title.

Binotto still hasn't given up. “When I look at the past races, we always had great potential, which unfortunately we didn't translate into the best results when we look at the points and the World Championship. But there's no reason why we shouldn't be able to do that in the next ten races," said the team boss. The list of driver and team mistakes should be reason enough to be in doubt.

Leclerc was less optimistic than his boss: "We would have won the race and there are now 32 points that I don't have on account due to mistakes. If they're missing at the end of the season, I know I don't deserve the title. I have to be better for the second season so that I can become world champion.” But it's not just Leclerc who now has to make fewer mistakes.

Even when Sebastian Vettel was still driving for the Scuderia, it seemed as if the world title was cursed. Even if you started the season with what was apparently the strongest car, the driver and team managed to gamble away their chances for the title every year. In addition, at that time, Mercedes, a seemingly invincible opponent, won the World Cup year after year. Today's Mercedes now appears to be Red Bull - although at first it didn't look as if Verstappen would be able to defend his title.

At the beginning of the season, Leclerc was 46 points ahead of the Dutchman. In the fourth race of the season, however, the series of breakdowns for both parties began in Imola. Now there are already 63 points that Leclerc has to catch up. In the team ranking, which among other things determines who gets how much money, Red Bull is at the top with 396 points. Ferrari follows with 314. The distance up is greater than the lead down. Although Mercedes haven't understood their own car for a long time, they are only 44 points behind the Scuderia in third place.

Leclerc wants to choose an unusual way to process the scenes from France: "I'll just lock myself up for the next few days and be at home. I will only leave the house when I have to fly to Hungary.” Drastic measures that show how deep the frustration runs. Apparently Leclerc didn't shout everything out on the radio after all.

1 Baden-Württemberg: Minister: School closures should... 2 Energy: Federal President saves electricity: Bellevue... 3 Ex-Chancellor Merkel comes to the Festspielhaus with... 4 North Rhine-Westphalia: 83-year-old dies in a burning... 5 Longer working hours: shame on you, comrade Sigmar! 6 After “whatever it takes”, the ECB is now threatened... 7 Justice: Court confirms work ban for unvaccinated... 8 When Noah the chef welcomes Macron the president to... 9 North Rhine-Westphalia: 41-year-old arrested after... 10 Femicide: Woman talks about her divorce on TikTok... 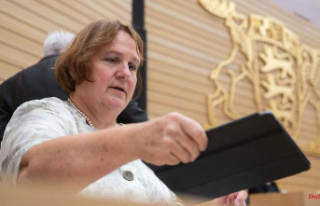