After two festival-free Corona years, Tempelhof Sounds is celebrating the start of the season this weekend and at the same time its own premiere. 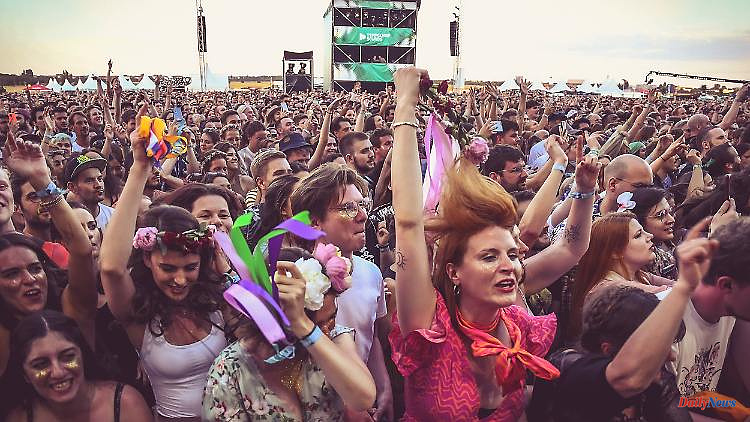 After two festival-free Corona years, Tempelhof Sounds is celebrating the start of the season this weekend and at the same time its own premiere. With acts like Florence

In a few minutes the gates to the last day of the first Tempelhof Sound will open. Two days full of music are now behind tens of thousands of festival guests, who can look forward to bands such as Fontaines DC, Interpol and The Strokes for the finale.

It is the first festival in Berlin after a two-year break from the pandemic. And if Corona is not over yet, at least on site for a few hours it seems as if nothing ever happened. According to the organizers, around 30,000 music fans gather at the closed Tempelhof Airport every day in the best festival weather to experience bands such as The Libertines, Maximo Park, Idles, Sophie Hunger, alt-j, Muse and many more. A little more would have been possible, since the site is approved for 35,000 people. It has already been tested as a festival location in the past by the Berlin Festival and the Lollapalooza, which celebrated its start here in 2015 before moving on.

After all, the crowds present were enough to trigger a small earthquake, as reported by erdbebennews.de. Its operator wrote on Twitter that at 8:58 p.m. seismological stations had registered an “above-average rash with a magnitude of 1.4 on the local magnitude scale”. "With Florence

Despite temperatures of up to 28 degrees on both days, the queues at the drinks stands are largely moderate, but long waiting times in the toilets have to be planned for during the music breaks. In order to get something to eat, on the other hand, you needed patience almost all the time, but the offer is extensive.

Rock am Ring and Rock im Park had already successfully heralded the festival season on the first weekend in June. Criticism of these events was only loud afterwards because of the once again lousy proportion of women on stage. Not even five percent of the musicians were female. Something that those responsible for Tempelhof Sounds wanted to do better and did. Here the gender distribution on the three stages is balanced.

In order to save the money for the weekend ticket (189 euros) or a day ticket (90 euros), many people made themselves comfortable on the meadow outside the site in order to experience at least a bit of the festival spirit from there. And so in the end everyone got their money's worth.

1 Wissing: Not likely: Relaxation at airports? Not for... 2 Baden-Württemberg: acquaintance enters apartment:... 3 Bavaria: car crashes into bakery building 4 Mountain race. Stratospheric, Sylvain Cadard wins... 5 Bayern: "Out of power": basketball players... 6 Hesse: New week in Hesse with a few showers and sun 7 Thuringia: Around 20 people in a fight in Eisenach:... 8 A trip to St. Petersburg: My family lives in a Russian... 9 Legislative 2022. Participation rate for the first... 10 Research. Savoie: a hiker missing since Saturday in... 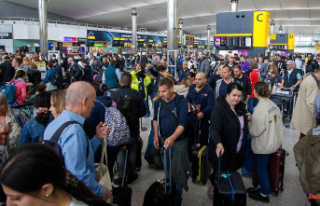 Wissing: Not likely: Relaxation at airports? Not for...