One of the highlights of the opening of the Cannes Film Festival is that Ukrainian President Volodymyr Zelenskyy addressed the guests via video link. 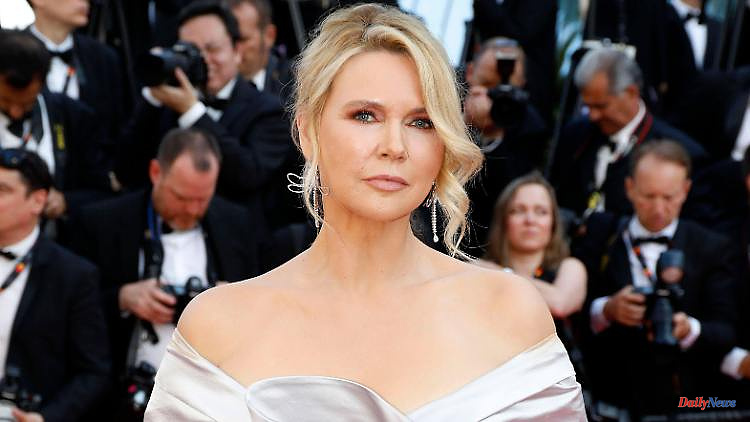 One of the highlights of the opening of the Cannes Film Festival is that Ukrainian President Volodymyr Zelenskyy addressed the guests via video link. But of course there is also a lot to see on the red carpet, including some stars from Germany.

The 75th Cannes International Film Festival is open! The annual spectacle on the French Côte d'Azur kicked off on Tuesday evening. In addition to numerous Hollywood greats, German stars also provided plenty of glamor on the red carpet, above all actress Veronica Ferres.

The wife of entrepreneur Carsten Maschmeyer appeared in a silver satin dress with an off-the-shoulder cut and XXL puff sleeves by Fovari. Her blonde hair was styled in an elegant updo. Ferres also chose a silver clutch and subtle jewelry for her look.

Emilia Schüle didn't miss the Red Carpet in Cannes either. The 29-year-old threw herself into a white off-the-shoulder jumpsuit with a long train and a draped bow at the bodice. Her opulent jewelry, consisting of a necklace and earrings, as well as the matching shoes were additional highlights of her glamor outfit.

Model and fashion blogger Caro Daur drew everyone's attention with her frilled mini dress in pink. She also wore a pink Valentino clutch and high platform pumps with straps. She gathered her hair into a bun. Gold drop earrings and rings completed the red carpet look.

However, the official opening of the festival was incumbent on Hollywood actress Julianne Moore. Alongside her, top international stars such as Forest Whitaker and Eva Longoria flocked to the celebrations on the Côte d'Azur on the first day.

The nine-member jury, headed by French star Vincent Lindon, who decides on the winner of the Palme d'Or, was also present. Its members also include Swedish actress Noomi Rapace and her British colleague Rebecca Hall.

During the opening ceremony, Whitaker was presented with a Palm of Honor in Gold. It was a "great honor" for him to celebrate "the power of artists" with everyone present today, the actor explained. They are "the world's torchbearers, telling the story of mankind."

There are 21 films in competition for the Palme d'Or this year. Included are David Cronenberg's "Crimes of the Future" with Kristen Stewart, Viggo Mortensen and Léa Seydoux as well as "Armageddon Time" with Anne Hathaway and Anthony Hopkins.

Out of competition, Tom Cruise will show his action sequel Top Gun: Maverick. Baz Luhrmann's biopic "Elvis" also celebrates its world premiere on the French Riviera. The graduation ceremony will take place on the evening of May 28th.

Even before the official opening of the festival, Ukrainian President Volodymyr Zelenskyy addressed the audience via video link. He quoted, among other things, from "The Great Dictator", Charlie Chaplin's satire on fascism. His speech, which lasted several minutes, received a standing ovation. 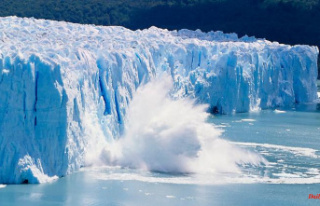