Donald Trump has long had to put up with allegations of not entirely clean business and financial practices. 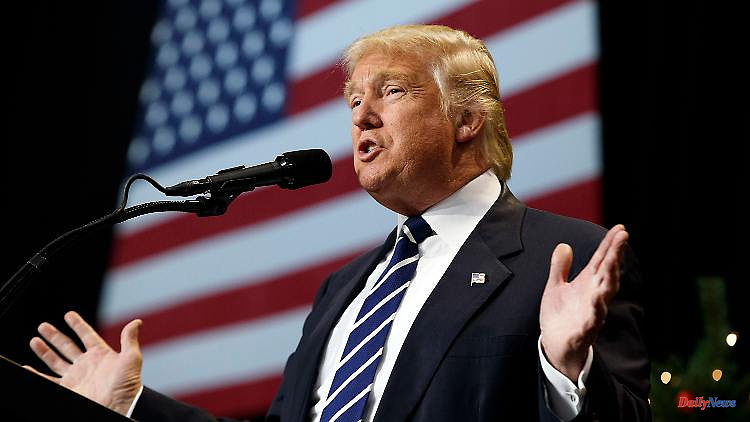 Donald Trump has long had to put up with allegations of not entirely clean business and financial practices. When he does not cooperate with the authorities because of tax investigations, he is fined a hefty fine. Now it was payday.

Former US President Donald Trump has been fined $110,000 for obstructing a tax evasion investigation. Trump settled the sum on Thursday, a spokesman for New York State Attorney General Letitia James said in a statement. On April 25, New York's Supreme Court ordered Trump to pay a daily fine of $10,000 for not cooperating with James' 2019 tax evasion investigation. He should therefore submit tax and bank documents.

Because the ex-president did not comply with this request, James applied for the fine for obstructing the investigation. On May 6, however, the judge in charge suspended the sentence and gave Trump until May 20 to pay the fine for the period April 25 to May 6, i.e. $ 110,000 for the eleven days. In addition, Trump's environment had until Friday to submit sworn statements on the finances of the Trump Organization family holding company, said James' spokesman. This requirement was also met.

As part of a civil investigation, James is investigating suspicions that the family holding company Trump Organization artificially inflated the value of real estate when it wanted to obtain loans from banks and undervalued it in other cases to avoid having to pay taxes or insurance premiums. In January, James said he had collected evidence of fraudulent financial practices. In February, a judge then ordered Trump, his daughter Ivanka, and his son Donald Trump Jr. to testify under oath as part of the investigation. The Trumps have appealed.

The former president has repeatedly described the Attorney General's investigation as politically motivated. James is a member of President Joe Biden's Democratic Party, who defeated Trump in the 2020 presidential election.

In parallel with the Attorney General's investigation, the Manhattan Attorney's Office is conducting a criminal investigation into Trump Corporation's business conduct. In July last year, charges were brought against the Trump Organization and its longtime chief financial officer, Allen Weisselberg, for tax fraud. The process is scheduled to begin this year. Trump has been accused of dubious business and financial practices for decades. It is still unclear how dangerous the investigations in New York Trump could be. The 75-year-old has repeatedly raised a possible re-election for the presidency in 2024.

1 Dispute over ruble payment: Russia wants to stop gas... 2 No failures for customers: Russia stops gas deliveries... 3 Dispute over abortion rights: US archbishop bans Pelosi... 4 "Of course it jerks": Kühnert speaks openly... 5 RB Leipzig must win the cup: the game of fate for... 6 "He's fine so far": Tony Marshall cancels... 7 One for all: the looks of others 8 "Excitement and competition": Bierhoff's... 9 One for all: My black eye and the looks of others 10 Message for Kim Jong Un: US and South Korea expand... 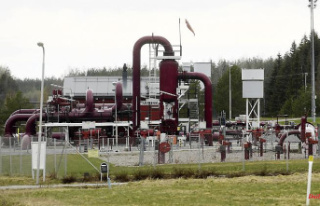