After a fire broke out, the entire roof of a Southampton burger joint was destroyed. 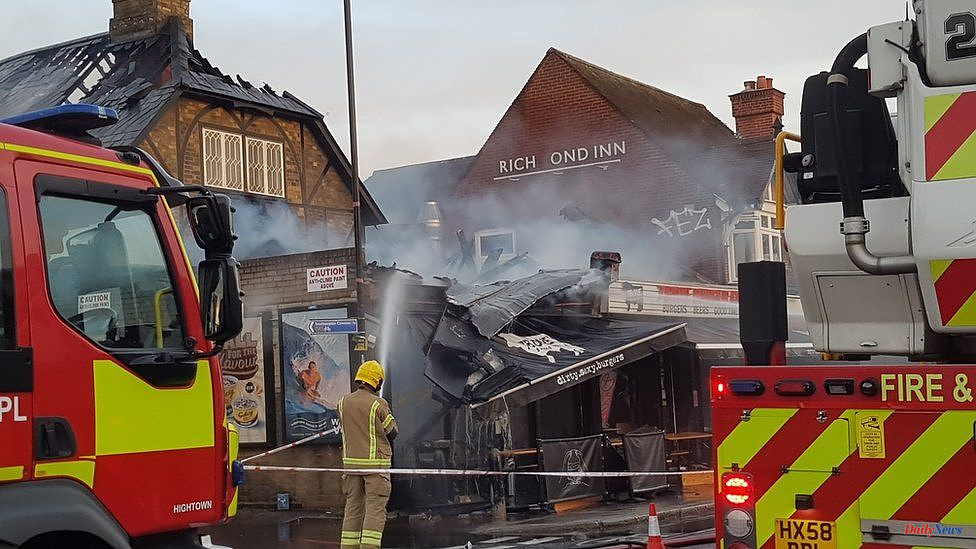 After a fire broke out, the entire roof of a Southampton burger joint was destroyed.

On Friday, more than 75 firefighters responded to the 7bone fire in Portswood.

Crews arrived on the scene at 19:30 BST. They had to use special vehicles to deal with the flames.

Hampshire and Isle of Wight Fire and Rescue Service reported that crews were on the scene overnight to prevent it from flaring up again.

After the Friday fire, a cordon was placed around the restaurant. Portswood High Street was also closed.

Hampshire Constabulary spokesperson confirmed that the fire was not suspicious and roads were reopened on Saturday.

The burger joint was previously featured on a BBC 2 show called The Restaurant Man, which was hosted by Russell Norman, a restauranteur.

The 7bone website stated that the restaurant in Southampton will be closed temporarily due to fire. We appreciate everyone's understanding and support.

Rob Cole, Incident Commander, stated that his teams worked hard in hot conditions to fight the fire aggressively and stop it spreading to adjoining properties.

"I would like to thank local businesses for providing refreshments during the incident on a hot evening." 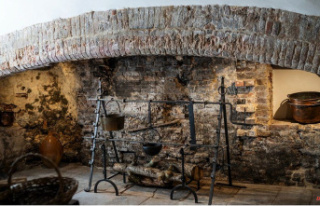