First appearance in the "Besetzereck": The doctors celebrate 40 years on stage

Today they mostly perform in front of tens of thousands of fans. 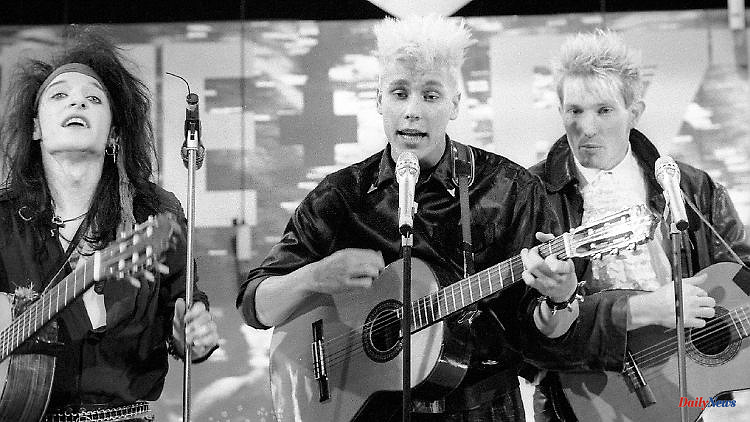 Today they mostly perform in front of tens of thousands of fans. But Die Ärzte also started out small - with a show in Berlin's "Besetzereck". 40 years ago. Not only has the number of spectators changed since then, but also the musical ability of Farin Urlaub and Bela B.

Four decades after their first appearance as Die Ärzte, the Berlin musicians are aware of the importance that has grown with their fame. "Right at the beginning, applause was optional," says guitarist Farin Urlaub 40 years after their debut on September 26, 1982 in Berlin's "Besetzereck", a squat in the trendy district of Kreuzberg. "For this first concert we also drew posters ourselves."

"Sometimes you finished a song and then just listened to people drinking beer," says Farin Urlaub. "You didn't feel like rock stars there. It's a bit different now. We have quite a lot of attention and hopefully we'll deal with it responsibly." The musicians are involved individually or as a band with many campaigns for small clubs in crisis, against right-wing extremism or for refugee initiatives.

Jan Vetter, Farin Urlaub's real name, and drummer Dirk Felsenheimer, better known as Bela B, had met two years earlier and played for Soilent Grün. After the punk band broke up, the two musicians founded Die Ärzte together with bassist Hans "Sahnie" Runge in Berlin. Rodrigo "Rod" González joined the band in 1993 as bassist after a five-year breakup.

"We called our first tour through the German-speaking world a world tour, we allowed ourselves the megalomania," says Bela B in retrospect. "In the end we thought it would all be over in a year or two."

The first appearance in the "Besetzereck" was not sold out with 50 or 60 people. "During the concert there was a bit of resentment because some of those present knew us from Soilent Grün, a very fast punk band with partly political lyrics. They didn't like our new orientation at first." The doctors were also pop and slapstick.

Fundamental things have changed for Farin Urlaub in the repertoire since then. "Of course we play a bit better now than before and there are more people there. But what is a huge difference: We played 20 songs at the first concerts with great difficulty because we had only written 18 songs and two cover versions as well have played."

For the set lists, the trio now has "many options for every position" with several hundred songs, which is "very luxurious". Some songs are completely out. The band hasn't played "Elke" for years. Farin Urlaub justified this recently during an appearance with the "Fat Shaming" passages in the text.

The first concert was "only in retrospect such a really important big moment". The mood at the time was different for the guitarist: "I remember thinking afterwards: Well, now we've played a concert with the new band. But the feeling wasn't: Now it starts. That's how it happened year later."

Drummer Bela B marks this turning point: "It wasn't until about a year and a half later that we no longer had to dismantle our own system. That's when real rock star feelings came up for the first time."

1 Sleep well with Öko-Test: A pillow is "very... 2 Caution, risk of poisoning: There is a massive increase... 3 13 are "good": Four olive oils fail with... 4 Relief for retirees: 300 euros flat rate for retirees... 5 Heating with wood waste: is it worth switching to... 6 The model makes the difference: the television consumes... 7 Saxony: car rolls over: three seriously injured 8 North Rhine-Westphalia: Unknown blow up ATM in Herzogenrath... 9 Chancellor "surprisingly emotional": Scholz... 10 Protests in Lubmin: Thousands demand opening of Nord... 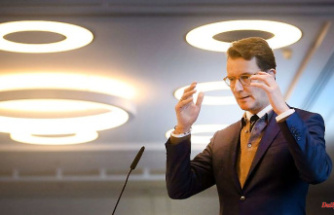 North Rhine-Westphalia: Wüst in the children's and youth hospice "Regenbogenland"

Hesse: trial of five activists after abseiling on the Autobahn
BREAKING NEWS 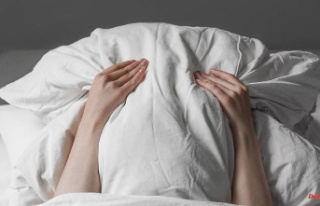 Sleep well with Öko-Test: A pillow is "very...