First pitch storm, then attack: Fan has to go to jail after attacking player

Nottingham Forest is playing for promotion to the English Premier League at the end of May. 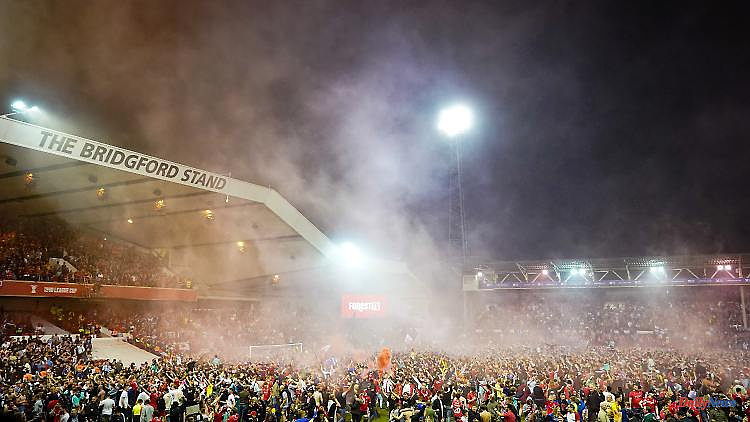 Nottingham Forest is playing for promotion to the English Premier League at the end of May. Then a fan will definitely not be there: the man struck down the opposing captain out of the blue in a pitch storm. Now he has to go to prison.

A supporter of English second division football club Nottingham Forest has been sentenced to 24 weeks in prison for assaulting Sheffield captain Billy Sharp. The 30-year-old headbutted the unsuspecting Sharp on Tuesday evening after Forest's win over Sheffield United in the second leg of the semifinals of the English Football Championship while thousands of fans stormed the pitch and knocked him to the ground with full force. Sharp then required medical treatment.

Nottingham won 3-2 on penalties and will play Huddersfield Town in the final on 29 May. Police investigations were launched immediately after the incident, and the Derbyshire man was arrested on Wednesday. He has now been banned from attending football matches for an additional ten years.

"Hopefully cases like this will serve as a deterrent to anyone who is considering getting involved in violent altercations at football matches. Such incidents will be taken extremely seriously and football clubs and those involved will be held accountable," Nottingham Deputy Police Chief Rob Griffin said on Thursday .

Sheffield manager Paul Heckingbottom said of the incident: "It's an assault. We saw one of our players attacked. He's bruised, bleeding and angry. We'll deal with it." He also spoke of a prison sentence and promised that the perpetrator "will be held accountable". Sharp, who did not feature in the game against Sheffield, was on loan at Nottingham Forest in the 2012/2013 season.

1 Cooperation with universities: China uses German research... 2 Critics see FIFA as an obligation: The 420 million... 3 Do I need beard oil to care for my beard? 4 "Rude and "unprofessional": Strack-Zimmermann... 5 The climate parasites of the CSU?: "Preventing... 6 After the sinking of the "Moskva": London:... 7 Because of life insurance: US author murders husband... 8 SPD transport politician Müller: "The 9-euro... 9 "Thank you, my darling!": Sylvester Stallone... 10 Expensive with current inflation: Minister of Construction... 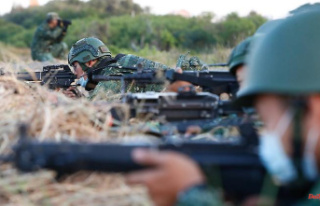