The Ukrainian prosecutor's office is investigating 11,000 cases of war crimes against Russian soldiers. 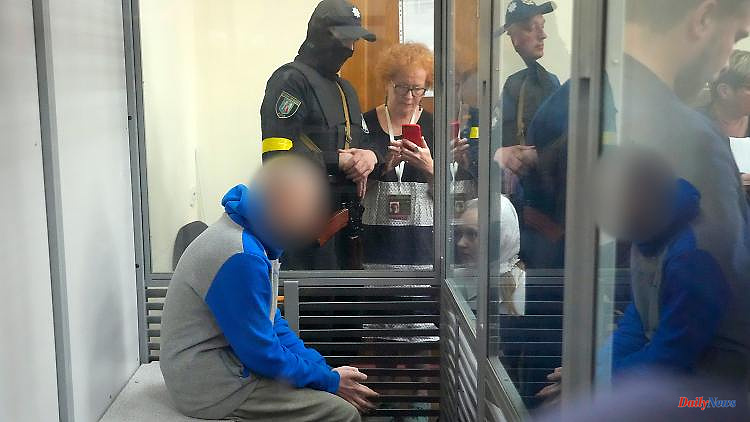 The Ukrainian prosecutor's office is investigating 11,000 cases of war crimes against Russian soldiers. The first trial is now beginning in Kyiv. A 21-year-old is said to have shot and killed a civilian after a car was stolen. The Kremlin says it has no information on the matter.

Almost three months after the start of the war in Ukraine, the first war crimes trial against a Russian soldier has begun in Kyiv. The 21-year-old pleaded guilty to shooting an unarmed civilian before a district court in the Ukrainian capital. The young soldier with the shaved head looked down during the indictment.

The tanker is accused of shooting dead an unarmed 62-year-old from a stolen car in the northern Ukrainian village of Chupakhivka in the Sumy region on February 28. The non-commissioned officer from Irkutsk, Siberia, faces a life sentence for war crimes and murder. According to Ukrainian authorities, he admitted to killing the man. The start of the trial was broadcast live on the Internet.

According to the information, the 21-year-old wanted to flee with four comrades in the stolen car after an attack on his convoy in northern Ukraine. The victim was therefore on his bike not far from his house in Chupakhivka. According to prosecutors, the Russian soldier, on the orders of one of his comrades, shot the civilian with a Kalashnikov assault rifle because he had witnessed the theft of the car. "I was ordered to shoot, I shot him once. He fell and we drove on," the accused said in a video released by the Ukrainian authorities in early May. In the video, the 21-year-old also said he came to Ukraine to "support his mother financially".

The Kremlin said it had no information on the case. "The possibilities for support are also very limited due to the lack of a diplomatic mission on site," said Kremlin spokesman Dmitry Peskov. The defendant's lawyer, Viktor Ovsiannikov, described the process as a challenge. "This is the first case in Ukraine with such a charge. There is no relevant legal practice or judgments on such cases," he said.

Ukraine accuses the Russian army of committing numerous war crimes and crimes against humanity since the invasion began. The International Criminal Court (ICC) is also investigating alleged international crimes. Russia has denied the allegations of war crimes in principle and in return accuses Ukraine of mistreating and pressuring Russian prisoners. Human rights activists have repeatedly called on both sides to protect the rights of prisoners of war.

According to Ukraine's Prosecutor General Iryna Venediktova, there are more than 11,000 ongoing war crimes cases in Ukraine and so far 40 suspects. "With this first trial, we are sending a clear signal that any perpetrator, any person who ordered or assisted the commission of crimes in Ukraine, cannot escape responsibility," she said on Twitter. 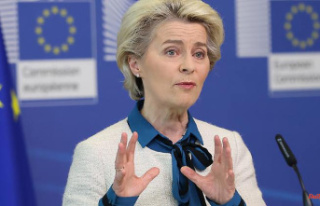 Renewables are being expanded: the EU recommends saving...