Aiden Aslin, a Briton, and Shaun Pinner (a Moroccan), were taken prisoner in Ukraine where they were fighting for Kyiv. 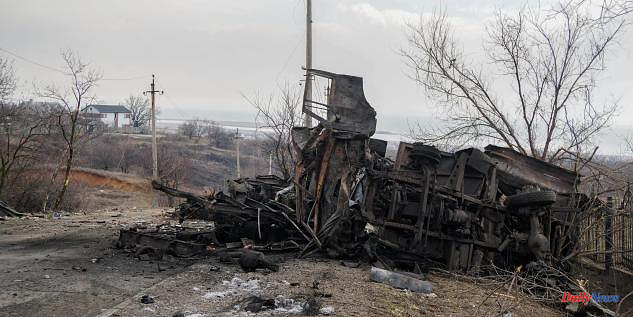 Aiden Aslin, a Briton, and Shaun Pinner (a Moroccan), were taken prisoner in Ukraine where they were fighting for Kyiv. They were sentenced by the justice of Donetsk to death for mercenary accusations. According to the Russian news agency TASS, Shaun Pinner, and Brahim Saadoun pleaded not guilty in the case of "mercenarism", but admitted to participating in the fights for the "violent seizure" of power. This is the first verdict against foreigners fighting for Ukraine. It was also quickly criticized as being contrary to the Geneva Convention.

According to Russians, these three men were taken into custody in Mariupol.

Denis Pushilin (leader of the separatist region in Donetsk) condemned them and said that they "came to Ukraine as a way to make money from civilians." He claimed that the court had imposed a "perfectly just punishment" upon the three fighters. Boris Johnson, the British Prime Minister, was also accused of not worrying about the fate of the three fighters and not having reached out to the separatist authorities. He said, "That's why i don't see any conditions to any mitigation or modification in sentence."

Aiden Aslin's family told us at the end April that Aiden Aslin had relocated to Ukraine in 2018. There he met his partner and settled down in Mykolaiv (south). He was a member of the Ukrainian Marines, and served almost four years in that unit.

Shaun Pinner's family claimed that he is not a mercenary nor a volunteer, but that he officially serves in the Ukrainian Army in accordance to Ukrainian law. He also married a Ukrainian woman in Ukraine in 2018. Contrary to Kremlin propaganda he is not a mercenary, a spy, or a volunteer. His family says that Aiden had planned for his future outside of the army. However, Putin's barbaric invasion turned Aiden's life upside down."

Boris Johnson's spokesperson stated that "clearly they were serving in Ukraine's armed forces, and are prisoners of war."

According to Brahim Saadoun's father, he was 21-years-old and a student in Ukraine during the Russian offensive. He told Madar21 that his son was not a mercenary. He accused Ukrainian authorities in April of "recruiting foreigners to exploit them for war."

Dmytro Kharabstov, another friend of the Moroccan soldier said Brahim, also known to his Ukrainian friends as "Brian", joined last summer the Ukrainian army and stated that he wanted "to die a hero". ". Dmytro Khrabstov, a PA journalist, said that Mr. Brahim was a bright and enthusiastic man who dreams about the future technology and how it could transform things. His death sentence was called "inhuman" by him.

Zina Kotenko (a friend from Ukraine) described Brahim Saadoun, a man who is "kind", "open-minded", and "joyful", as an Ukrainian refugee living in Britain.

The UN expressed concern on Friday. According to the Commander in Chief of Ukraine, all of these men were part the Ukrainian Armed Forces. Ravina Shamdasani, a spokesperson for the UN High Commission for Human Rights, said that if so, they shouldn't be considered mercenaries.

Boris Johnson's spokesperson said that he was shocked by the death sentences. Downing Street stated that it is working with Kyiv to release them and added that London supports Ukraine's efforts to free them.

British Foreign Minister Liz Truss called Thursday's verdict "a show off judgment without legitimacy" and spoke Friday morning to her Ukrainian counterpart Dmytro Koleba. On Twitter, she said that she had discussed with him "efforts for the release of pro-Russian POWs." They are guilty of a flagrant violation of the Geneva Convention.

Paris was more concerned than Berlin, who called the judgments "shocking". "These people should be treated with respect for international human rights," said the French Foreign Ministry in a statement. It called on Russia and its proxies to Ukraine to comply with their obligations.

When asked about the BBC and the possibility of their being freed, Vadym Prystaiko, the Ukrainian ambassador to London, stated that it would be an exchange. "The question is how much, since the Russians talk of an exchange with Ukrainian deputies," who have worked for Russia's benefit.

He said that the British fighters had signed "contracts with (Ukrainian armed forces), they lived in Ukraine previously". He said, "They are prisoners-of-war and should be treated the same as Russians in captivity."

Robert Jenrick, a former Conservative minister, requested that the Foreign Office summon the Russian ambassador in the UK. He claimed that he had been given assurances by the Ukrainian authorities to release Shaun Pinner and Aiden Aslin on a priority basis in order to exchange prisoners between kyiv, Moscow.

Moroccan Brahim Saadoun’s friend called for the British government to "rescue him" on Sunday. She was interviewed by SkyNews TV and asked for the UK to "take care" of those who care about democracy. She pleaded for his safety.

Recent weeks have seen pro-Russian officials hint that captured Ukrainian soldiers, which included those from the Azov regiment of the nationalist Azov, may face trial and death penalty. In Russia, a moratorium on death penalty is in effect since 1997. However, this is not the case for eastern Ukraine's separatist territories.

Stephane Dujarric was the spokesperson for Secretary General Antonio Guterres in New York. He reminded everyone that the UN is "against death penalty" "We have always been, and will always be. He said that all combatants held in detention should be granted international protection.

According to the Commander in Chief of Ukraine, all of these men were part the Ukrainian Armed Forces. Ravina Shamdasani clarified that they shouldn't be considered mercenaries if this is the case.

According to "BFMTV", the Geneva Convention protects prisoners-of-war. This text provides that prisoners of war are not subject to prosecution for their participation in hostilities. The only exception is prosecution for war crimes. According to this text, a "mercenary" is defined as anyone who is recruited to fight in armed conflicts outside of any government organization. They "have no right to the status either combatant or war prisoner". The authorities have legally qualified these three foreign fighters "mercenaries" and are free from the obligation to guarantee the rights of these prisoners under the Geneva Convention, which was signed by Russia, Ukraine, and other countries.

Russia, which regularly denounces the existence of mercenaries in its armed forces, claimed this week that it had killed "hundreds of foreign fighters" since February 24, when it invaded, and was attempting to stop the flow of new arrivals.

It is unknown how many of these foreigners were involved. The claim of 16,000 foreigners who volunteered was made by Ukrainian President Volodymyr Zelensky in March, just after the Russian invasion began on February 24th. This is an unreliable number that an independent source has not verified. 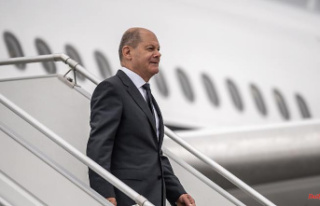 "The chancellor must deliver": what Scholz...