Food crisis: from Egypt to Sri Lanka, these countries that innovate to avoid famines 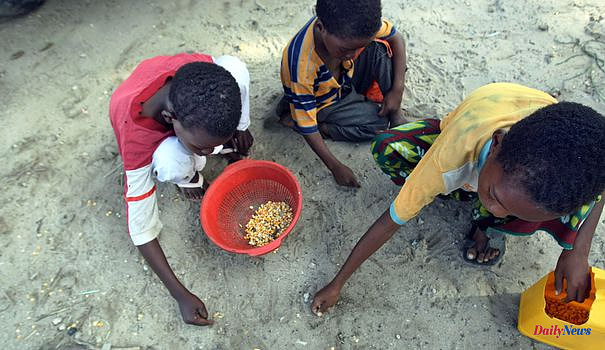 2.37 billion. That's nearly one in three human beings. It is also the number of people in a situation of moderate or severe food insecurity to date in the world, according to a count by the NGO Action contre la Faim. Of these, 811 million are now affected by famine. A situation which is partly the result of the war in Ukraine, which has significantly worsened food insecurity in the world, when it had already reached record levels with the health crisis. Since the start of the Russian invasion on February 24, the latest Greenpeace report also estimates that 170 million people have been pushed into extreme poverty.

These alarming figures come to light as an international conference on the theme "Uniting for global food security" is being held this Friday, June 24 in Berlin, two days before the opening of the G7, in the presence of the American Secretary of State Antony Blinken and foreign ministers from several countries. Objective: to find solutions to alleviate the destabilization of the world food system caused by the war in Ukraine, which the UN says it fears will lead to a "hurricane of famines" by the end of the year which could cause "millions of victims" around the world. And particularly in Africa, which appears to be one of the main victims of the ongoing conflict in Eastern Europe.

Indeed, while Ukraine and Russia are historical exporters of wheat, barley, corn and sunflower oil, and until very recently supplied several countries at almost 100%, the blocking of Ukrainian ports - transit route for 95% of Ukrainian wheat exports - forces the big importing countries to review their copy. Because if Vladimir Putin continues to maintain shamelessly that "the problem of exporting grain from Ukraine does not exist", the Russian blockade actually poses a direct threat to the food supply of many countries. West Africa in particular remains very dependent on Russian and Ukrainian imports of fertilizers. Result: only 48% of fertilizer needs were covered in the region as of April 30, according to the ECOWAS study. For example, in Côte d'Ivoire, the fertilizer used for cocoa has gone from 14,000 CFA francs per 50 kg to 25,000 CFA francs since the beginning of the year, according to the FAO. This surge in prices also has immediate effects on essential foodstuffs such as corn or sunflower oil, blocked in the ports of the Black Sea. Wheat too, for which many West African countries depend on Russian-Ukrainian imports.

Result: the region is threatened by "the worst food security and nutrition crisis in ten years", warned the World Food Program (WFP). In the region, the number of people affected by a food crisis could reach 41 million by September, up from 10 million in 2019, according to projections by the Integrated Food Security Phase Classification.

To cope with this exceptional situation, some cereal importing countries have adopted novel strategies to gain food sovereignty. In Sri Lanka, a major importer of edible foodstuffs, where a considerable part of the population is on the verge of starvation, the government has, for example, decided to grant all civil servants an extra day off per week to cultivate their own vegetable gardens. In this country in dire need of foreign currency to import food products, the war in Ukraine, and the resulting surge in prices, is putting a real pressure point on the grain supply chain, and aggravating an already tense. The country, for lack of being able to finance the cereals essential for the manufacture of fertilizers for crops, has seen its tea production collapse this year. Consequence: its exports have fallen sharply and it has been in default of payment since the beginning of the year.

On the European side, many countries, including France, have also decided to increase their national food production to free themselves from dependence on Russia and Ukraine and stabilize food prices, which have already increased by 17% since the beginning of the war. But this decision implies reopening a divisive debate: that of the recultivation of fallow land (which had been unexploited since 1992 to fight against overproduction). What the European Commission has just made possible again. It remains to be seen whether these unilateral decisions will make it possible to compensate for the losses linked to the Ukrainian conflict, and avoid a famine of an unprecedented scale in the four corners of the globe in the coming months.

Other countries produce cereals or fertilizers, such as India or Egypt. Faced with the risk of shortages, the latter have decided to take a protectionist turn, suspending their exports in order to guarantee a sufficient supply to meet the needs of their population. A total of 18 countries representing 17% of international calorie trade have already implemented restrictions on their food exports. This is the case of India, for example, which decided to ban wheat exports following a recent heat wave, favoring feeding its population, 15% of whose inhabitants are already suffering from undernourishment, according to the Global Hunger Index. Egypt also intends to preserve its ability to feed its own population and has just rejected one of the food security agreements adopted by the WTO in Geneva on Thursday June 16 and confirming the maintenance of trade "without export prohibition or restriction". in world markets. "It is illogical for a country of 103 million people to export the food we need locally," said Egypt's Ministry of Supply and Internal Trade.

But if the protectionist retreat can be understandable from a national point of view, the contraction of the supply could well amplify a little more the surge in the prices of edible foodstuffs, and prove to be in fact detrimental for world food security. At the risk of repeating the scenario of the 2008 food riots, which broke out due "not to a lack of global production but to a lack of regulation and international coordination", recalls Greenpeace.

"If everyone is thinking of themselves in this situation, it will further aggravate the crisis and lead to a new price spike," warned German Food and Agriculture Minister Cem Ozdemir, convinced that only a comprehensive response will overcome the food crisis. Same story on the side of NGOs, which insist that global food production is sufficient to meet the needs of the entire population and call for avoiding "counterproductive protectionist responses", strongly correlated, according to them. , rising food prices. 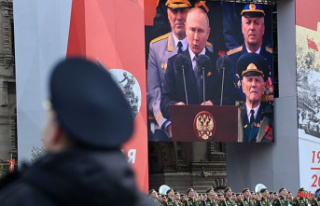 Ukraine: "There can be no winners in a nuclear...