"The second convoy with Ukrainian deliveries has just departed from the ports of Odessa and Chornomorsk: three ships from Chornomorsk and another from Odessa," the infrastructure ministry said on Telegram. 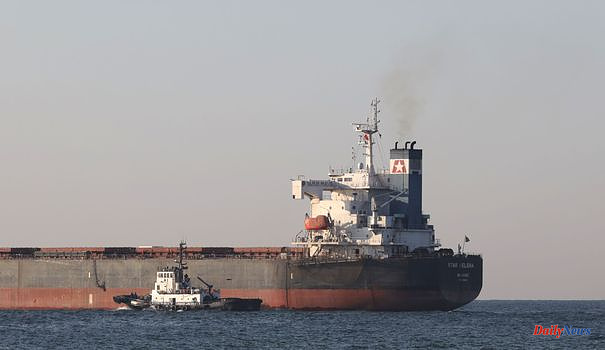 "The second convoy with Ukrainian deliveries has just departed from the ports of Odessa and Chornomorsk: three ships from Chornomorsk and another from Odessa," the infrastructure ministry said on Telegram.

According to him, the four ships in question are the Mustafa Necati, the Star Helena, the Glory and the Riva Wind with on board "about 170,000 tons of goods related to agriculture".

The Joint Coordination Center (JCC), which oversees operations from Istanbul, announced on Saturday that five ships would depart from Ukrainian ports on Sunday, but kyiv announced only four.

On Saturday, a freighter arrived at the port of Chernomorsk, to load grain there for the first time since the Russian invasion of Ukraine on February 24.

The blockage of millions of tonnes of cereals due to the war in Ukraine, one of the world's main producers along with Russia, has caused food prices to soar in the poorest countries and raised fears of a food crisis. world.

Russia and Ukraine have signed two separate agreements, sponsored by Turkey and the United Nations, which allow the export of Ukrainian cereals despite the war and Russian agricultural products despite Western sanctions.

1 Study on the Bundesliga: Dear "ProFans",... 2 Investigations are ongoing: After the announcement:... 3 Dieter Bohlen: Fans celebrate his return to "DSDS" 4 Moments in TV history: revenge in the "current... 5 Friends pray for recovery: Anne Heche apparently in... 6 Darmstadt brings late victory: Red Devils make the... 7 Defensive, but with deficits: BVB discovers a special... 8 The weather week in a quick check: the heat wave is... 9 Wrong-way driver in one-way street: Explosion after... 10 Bavaria: damage in the millions in the fire of two... 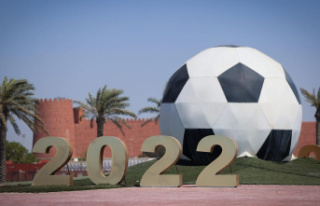 Study on the Bundesliga: Dear "ProFans",...