It took ten days and four reversals to make this a historic turning point.

It took ten days and four reversals to make this a historic turning point. The Supreme Court of the United States made a complete turn in ten days. Sometimes, it brought the country back many years.

To the dismay of three of its wise progressives, these decisions were made by six conservative judges to the Court.

Stephen Wermiel, a professor of constitutional law at American University, stated that the Conservatives now have the opportunity to "take the country in an radically different direction" after 50 years of waiting. They won't let this opportunity slip by.

It is the most symbolic of all the decisions, and it has had repercussions around the globe. The very conservative Supreme Court of the United States made a dramatic change by burying the right to abortion on Friday 24th June. A handful of states used the occasion to ban abortions on their territory.

The Supreme Court's decision in overturning its landmark "Roe v. Wade" ruling, which had since 1973 guaranteed American women the right to have an abortion, sparked this revolution. However, most of its judges consider it "totally unfounded" today.

Justice Samuel Alito, who argued for the conservatives' decision, stated that "The Constitution does not make any reference to abortion" and that no article implicitly protects it. "It's time to bring the abortion issue back to the elected representatives" in local parliaments.

This decision caused backlash and pro-abortion protests all over the globe. Internationally, many voices including that of Boris Johnson, the British Prime Minister, and Justin Trudeau (Canadian Prime Minister) have condemned America's "backsliding". France's President Emmanuel Macron expressed regret at the "challenging” of women's rights. To make it harder to abolish the right in France, the Nupes and the presidential majority proposed that the Constitution include the right of abortion.

The Supreme Court took a clear stand the day before in a heated debate, clearly stating that Americans have the right to keep arms within their homes.

The six conservative judges overturned the advice of three of their progressive counterparts and invalidated a New York State law that had for more than 100 years severely restricted the ability to obtain weapons licenses. This judgment could complicate efforts to reduce violence already rampant, but was hailed by the powerful arms lobby, National Rifle Association (NRA), who has fought for years for a literal interpretation of the Second Amendment to the United States Constitution. It was ratified in 1791 and states that "a well-organized militia is necessary for the security of a state," while the right to keep and bear arms cannot be violated.

The Second Amendment was interpreted by the Supreme Court in 1939 to protect the right to use weapons within a law enforcement force such as the police or military. However, it was not an individual right. To defend oneself. In 2008, she changed her mind and granted individuals the right to keep a gun at home in self-defense. It left it up to the states and cities to regulate transportation outside the home at the time. Justice Clarence Thomas, a conservative justice, explained that nothing in the Second Amendment makes a distinction between home and public places regarding the carrying of weapons.

This decision comes at a time when the United States is still reeling after a series deadly shootings that claimed 21 lives in a Texas elementary school. It has forced Republican senators, who had previously been hostile to any regulation of arms, to support modest reforms.

"Deeply sad," Democratic President Joe Biden expressed regret at a shutdown that was "contrary of common sense" and "should all be worried about." New York State Democratic Governor Kathy Hochul condemned a "shameful" decision in light of national gun violence awareness. Three progressive justices of the Court disapproved, with Magistrate Stephen Breyer pointing out that "in 2020 45,222 Americans were murdered by firearms."

The Supreme Court of the United States, Thursday June 30, limited federal resources to combat global warming. This is a clear example of the potentially harmful influence of conservative justices over the past decades.

High court ruled that the Environmental Protection Agency (EPA), which produces nearly 20% of the electricity in the United States, could not enact general regulations to regulate the emissions from coal-fired power stations. United.

Judge John Roberts stated that "imposing a carbon dioxide emission cap at a level that would require a nationwide switch to coal to power generation might be an appropriate solution for today's crisis." It is unlikely that Congress granted the EPA authority to adopt such a measure.

The three progressive coworkers disassociated themselves once more from the decision they considered "frightening". Judge Elena Kagan wrote that the Court stripped the EPA from the power Congress gave to it to address "the most pressing problem our time." She also recalled that the hottest six year in American history were recorded here. The last decade.

Joe Biden, President of the United States, condemned the "devastating" decision. He pledged to use "the powers (given) to him" to address climate change and protect public health. "We can state that this is a setback for our fight against climate changes, but we are already very far behind in achieving those objectives of the Paris Agreement" adopted in 2015. Antonio Guterres, the UN secretary general, reacted.

How can public money be used to support denominational schools? Valid. Is it legal for a coach to pray on the campus of a public highschool? He has the right to do so. It is a Christian flag displayed at a town hall. It's always good.

How can public money be used to support denominational schools? Valid. Is it legal for a coach to pray on the campus of a public highschool? He has the right to do so. It is a Christian flag displayed at a town hall. It's always good. During its session, the ultra-conservative Supreme Court of the United States upset the delicate balance between the protection of religious freedoms, and the neutrality of the state.

Steven Schwinn, a professor of law at the University of Illinois, says that "She is not content to invite religion more, more inexorably into public sphere," but she wants it to be imposed."

Joseph Kennedy, a former Marine, brought the case. Kennedy was the man who oversaw the American football teams at Bremerton's public high school near Seattle for seven years. He would kneel to thank God after each game. Sometimes, he was joined by other players. Sometimes he led prayers in the locker-room.

In 2015, school officials requested him to abstain. They cited a section in the Constitution's First Amendment which prohibits the state and its employees from encouraging the "establishment of a religion." That is, to finance or promote it.

Joseph Kennedy won Monday's Supreme Court hearing after he lost at the first instance and appeal. Justice Neil Gorsuch, representing the Conservative majority, wrote that "a government entity wanted to punish someone for a brief and quiet personal religious practice."

"Justice has been done," said the interested party to Fox News, believing that "professors and cleaning ladies" will now be able follow his lead. "Nobody should be worried because they want to praise God!"

The three progressive high-court judges argued bitterly with each other, accusing their colleagues of "misrepresenting" the facts. They claimed that the coach's prayers weren't "personally and discrete", but were "demonstrative." To support their claim, they attached a photograph of the coach, who was surrounded by his students like a messiah.

Is the storm over? There is no other way to be certain. These four symbolic decisions could be seen as a first attack on social problems. These judges have agreed to review a number of cases that could be crucial at the beginning of the school year. They will focus on positive discrimination as well as the regulation of elections.

Clarence Thomas, the most conservative judge at the institution, was appointed by George Bush senior for life. He would like to take his views further. After indicating that he would like to consider other historic decisions in an argument that was part of one of his arbitrations, the magistrate renewed the fear of the progressive camp in America.

He has his sights set on the 1965 Griswold vs. Connecticut case which enshrines contraception access for married couples; 2003 Lawrence v. Texas decision which outlawed laws against the sexual relations between two persons of the same sex; 2015 Oberfell v. Hodges ruling which allowed same-sex marriage as the number one target by the religious right. American... 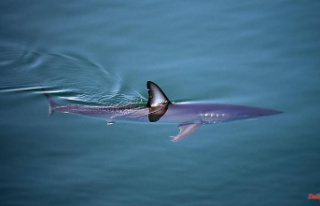