France: a deputy hopes to bring the final blow to bullfights

"That bullfighting is an immoral spectacle, a spectacle that no longer has its place in the 21st century, I think this is a point of view that is shared by a majority of French people," Aymeric Caron told AFP. 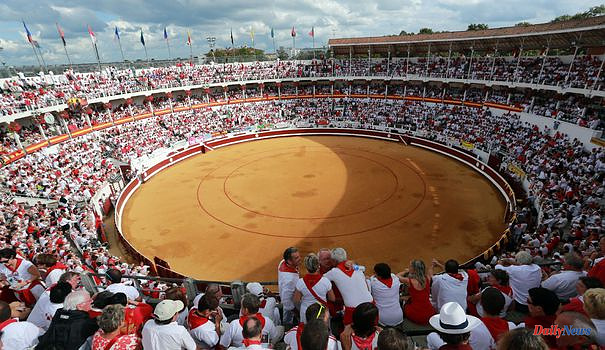 "That bullfighting is an immoral spectacle, a spectacle that no longer has its place in the 21st century, I think this is a point of view that is shared by a majority of French people," Aymeric Caron told AFP. elected leftist in Paris, confirming that he hoped to testify before the National Assembly in order to ban the practice.

“It is a bill that I hope to see debated in the Assembly in November”, adds the elected member of the party La France insoumise (LFI, radical left), first component of the left opposition in the French parliament. .

France is not immune to the anti-bullfighting current which affects all the countries concerned - Spain, Portugal, Peru, Mexico, Colombia, Ecuador and Venezuela -, but since a first attempt in 2004, no initiative has succeeded in imposing a vote in the Assembly, or even a parliamentary debate.

Before the prospect of a debate in November, Aymeric Caron, who claims to be an "anti-speciesist" (who opposes the exploitation and consumption of animals by human beings) recognizes that he will first have to convince within his own party and find allies in the assembly.

Its objective is to modify the Penal Code which punishes animal abuse, but underlines in its article 521-1 that its provisions "are not applicable to bullfights when an uninterrupted local tradition can be invoked".

“It is not a French tradition, it is a Spanish tradition which was imported into France in the middle of the 19th century to please the wife of Napoleon III, who was Andalusian”, underlines Aymeric Caron.

This "uninterrupted tradition" has however been firmly defended for several years in the south-west close to Spain - Bayonne, Dax, Mont-de-Marsan or Vic-Fezensac - and on the Mediterranean rim - Nîmes, Arles or Béziers.

At the end of July in Bayonne, in the south-west of France, thousands of aficionados in red and white gathered for the first local festivals for two years - pandemic obliges - centered around bullfighting.

"Those who want to ban it do not know it. Bullfighting is a tragedy, we are close to death. It is almost an anachronism that it still exists because people no longer live with death. We are afraid of it, but it is part of life", answers Jean-Luc Ambert, a French aficionado, who travels through France and Spain during the summer, from bullfight to bullfight.

By his side in Bayonne, his friend Françoise stresses that bullfighting is a "serious spectacle", that one "comes to see it with all the seriousness that is necessary".

"A man plays his life, with respect for the animal and that, the anti do not know it", she adds simply.

"Traditions must be preserved. Me, bullfighting, I like it and I don't see why I should be forbidden to come and see it", adds Christian, a sixty-something man who came from Aix-en-Provence with his friends to attend a bullfight in Bayonne.

For André Viard, president of the National Observatory of Bullfighting Cultures, the ban on bullfighting is a "recurring" theme in each legislature.

"We say to the other political groups: what is the point of associating with this political proposal which goes against cultural freedom, protected by the constitution, and the identity of the territories", he explains.

Aymeric Caron hopes to bring together on his project, in addition to the other left-wing deputies, elected representatives from the right-wing oppositions, even from the presidential majority.

He underlines in particular the unknown of the position of the presidential party whose leader in the assembly Aurore Bergé had asked in July 2021 the end of this "barbaric practice" in a public forum signed by various centrist and right-wing deputies.

"Will she be faithful to her convictions or will she make a political calculation that will prevent her from supporting me," wonders Aymeric Caron.

The balance of power is delicate in the assembly where President Emmanuel Macron lost in June the absolute majority he had during his first five-year term.

"People are more and more sensitive to animal suffering, including bullfighting," said Claire Starozinski, president of the Anticorrida Alliance, which is launching a media campaign on four television channels to raise public awareness against bullfighting. . 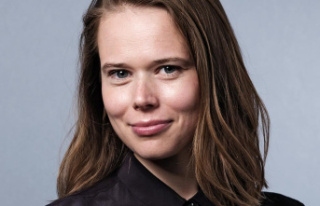