Francois Braun, the new Minister for Health, said that the reintegration of Covid-infected caregivers "is not relevant" during a hearing at this Tuesday's National Assembly.

Francois Braun, the new Minister for Health, said that the reintegration of Covid-infected caregivers "is not relevant" during a hearing at this Tuesday's National Assembly.

Minister pointed out the "very low" number of hospital workers who were suspended due to this reason. He stated that the latest survey among the ARS (regional healthcare agencies), health, and medico-social institutions shows a very low percentage of suspended agents, 0.53%. A discussion about the "health monitoring-and safety" bill.

He said that this represents "a little under 12,000 people" from all professions, as well as technical and administrative staff.

The government text acknowledged the end to most emergency health measures against Covid epidemic after July 31. MP Ugo Bernalicis had previously asked the minister if he planned to reintegrate caregivers after that deadline. Philippe Gosselin, LR had calculated "that it would have been time to make a type of amnesty".

A series of questions were raised by several opposition groups about the reintegration and rehabilitation of these carers. Francois Braun replied, "It's irrelevant and it's certainly not the topic of this text," stating that he wasn't used to kick into touch even though he had ten years of rugby.

"I prefer to stress the responsibility and commitment by the vast majority of professionals that have been vaccinated," said this professional emergency physician. He explained that not getting vaccinated leads to more patients, which in turn causes an increase in the healthcare system's overload.

He recalled that "the suspension is still possible by decree after consulting the scientific experts of course and if it's allowed by the epidemic situation".

1 Farewell from Russia: Retreating becomes a hurdle... 2 Suspicion of assault: tennis bully Kyrgios has to... 3 Entry into the Wimbledon semi-finals: Djokovic motivates... 4 Climbing and greedy: Spanish slugs are "vultures... 5 Saxony-Anhalt: Courses for police candidates with... 6 Newry: Police seize drugs, counterfeit goods, and... 7 Hardy Boys book was returned to Orkney Library 46... 8 The day of the war at a glance: Russians target entire... 9 Claressa Shields vs. Savannah Marshall; Mikaela Mayer... 10 Darmanin and Bechu... These ministers of the new government... 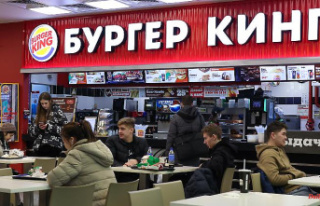