SC Freiburg has not yet won a major title in its long club history - now, at the end of a great season, a triumph in the DFB Cup beckons. 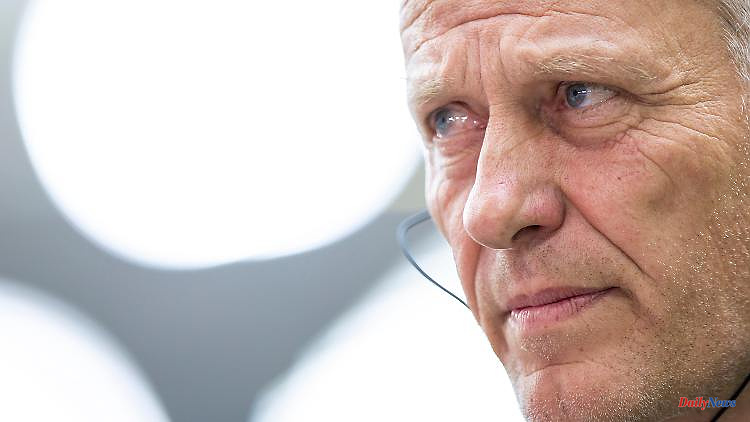 If SC Freiburg missed the greatest triumph in its history in the Berlin Olympic Stadium in the evening, if the sports club lost the DFB Cup final against RB Leipzig (8 p.m. on ARD and in the live ticker on ntv.de), the “world wouldn’t either perish," says Christian Streich. But the coach, who is undefeated in finals in this venerable arena in Berlin's Westend, already suspects that defeat would certainly feel "shit".

The story of this final, the story of SC Freiburg, the story of Christian Streich – they are all unique and remarkable in their own right. It's not unusual for RB Leipzig to be a guest in Berlin at the end of a season. The possibilities of this club are too gigantic, but this season, for the first time, they showed serious developmental disorders. On the last groove, the East giant dragged itself into the Champions League - and thus prevented an even greater football miracle for Freiburg, who qualified sixth for the Europa League.

Union Berlin, 1.FC Köln, maybe VfL Bochum, but certainly the sports club – those were the big surprises of the past season. In the tussle with the giants from Munich and Dortmund and the nurtured teams from Hoffenheim, Wolfsburg, Leverkusen and Leipzig, the small powers asserted themselves. And the Freiburgers have earned a very special place for years with their odd instructor on the sidelines, whose work is so highly valued that he was once even the subject of public discussion as the coach of FC Bayern and the national team. Streich usually leave such debates stunned and at a loss. But they're also probably flattering this guy who's so oddly brilliant.

You really can't say that Christian Streich has seen a lot in his coaching career. There are only three responsibilities in his résumé: from 1995 to 2011 he was head of the U19s at the sports club, at the same time assistant coach for the professionals (2007 to 2011) and finally since January 2, 2012 he was primarily responsible. He took over for the hapless Marcus Sorg, who later made a name for himself as assistant coach to national coach Joachim Löw. By the way, Streich and Löw also have a common past, both played together for Freiburg in the 2nd division in 1987. Also in the team: the legendary Wattenscheider Souleymane Sané.

While Streich spent his active time as a player largely under the radar, as a coach he increasingly became a cult figure, a phenomenon, a moral authority across the country. Nobody from football shapes social debates like Streich. He clearly names things by name and positions himself clearly. In a (soccer) world so soft-washed, ironed-out, struggling to take a stand, he's one of a kind. He doesn't shy away from criticizing the AfD for strange and dangerous views, he defends colleagues against harsh attacks, he makes passionate pleas for vaccination and supports the Fridays for Future movement in the fight for a sustainable world.

And as remarkable as the 56-year-old is as a guy, his work in Freiburg is just as remarkable. Streich is, if you will, the most successful development worker in the Bundesliga. He turned young talents into coveted professionals. Most recent document: Nico Schlotterbeck. The central defender will switch to Borussia Dortmund next season for around 20 million euros. Other examples: Matthias Ginter, Luca Waldschmidt, Maximilian Philipp or Caglar Söyüncü, who is now one of the most expensive central defenders in the Premier League. However, not everyone found happiness outside of Freiburg.

While many players have moved from Freiburg to the world, the club has developed its own transfer strategy. It is based on their own youth, where talents like Yannik Keitel and Kevin Schade are currently pushing their way into the first eleven – and maybe at some point into the big clubs. However, it is also based on recognizing potential in players from the 2nd league or the smaller leagues abroad, signing players for less money and developing them profitably, such as Lucas Höler. The busy striker came from SV Sandhausen in January 2018, took a remarkable path, became a shock to FC Bayern and even moved closer to the DFB team in the public debate.

There are many stories in Freiburg that are told in a football-romantic way, like that of the striker. Anyone who switches to a sports club knows that with Christian Streich you get a coach who challenges but also encourages. He doesn't let airs get through, he relies on willingness and willingness to learn. And he gets the unconditional trust of his bosses. They went with him to the second division in 2015 without any discussion. Also something that hardly or not at all exists in football anymore. In the past few weeks alone, there have been regular panic attacks in threatened clubs or the dismissal after in-depth analyzes of the season. At the SC they can claim to have done everything right.

The continuity in the coaching position now also has a gigantic appeal. Because it is far from clear that top performers will leave the club. Only if they have grown too big with their talent. Just like Schlotterbeck. A Christian Günter, on the other hand, who is still a footballer who hangs around near the national team, has never succumbed to a lure. Others like Vincenzo Grifo returned because they couldn't cope elsewhere. Freiburg also let such transfers cost something. Six, seven, eight million euros - a powerful sum for the club, ridiculous in international comparison.

Now it comes to the showdown: cult club against capitalism giants. For both clubs it is about the first big title. Freiburg have been second division champions four times and have won the Südbaden Cup twice, Leipzig can look back on a regional league championship and two triumphs in the Saxony Cup. The CV of Streich is more remarkable. He has already won the cup three times and won the championship once. In each case with the U19, however. This authentic guy with the distinctive dialect in Berlin also experienced a dé·jà vu with this story. With Christian Günter, Nicolas Höfler and Jonathan Schmid, there are three homegrown players in the final squad, all of whom have already won the junior cup - with a prank. 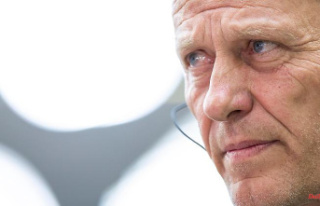