Friends should get something: British couple wins fable jackpot with 220 million euros

A British couple has fewer worries after winning a record jackpot. 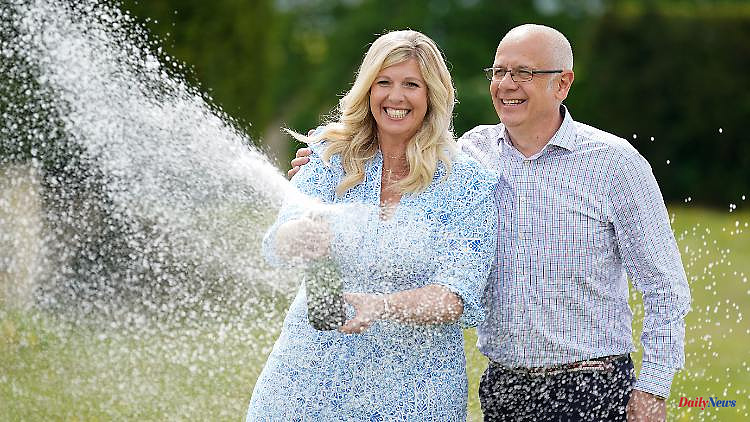 A British couple has fewer worries after winning a record jackpot. Like many Britons before, they have struggled with the rising cost of living. Now the parents of two children are worth around 220 million euros. But they don't want to keep their money for themselves.

A couple from Great Britain have won the country's biggest lottery jackpot and are now almost 220 million euros richer. Joe and Jess Thwaite, from Gloucester in western England, called the unprecedented £184,262,899 win "huge for us". The two chose their jackpot numbers at random, as they said at a press conference.

He didn't wake his wife, who was sleeping next to him at the time, but only surprised her with the news after she got up. "He said, 'I have a secret to tell you,'" Jess, 44, recalled her husband's words. "I said, 'Don't be stupid!'" adding that they both initially thought it was a joke and "obviously wrong".

The couple, like many other Brits, are struggling with the increasingly rising cost of living in the country. But keeping the money for yourself is out of the question for the two of them. They want to share their new fortune with friends and family. "While it's wonderful and exciting, it's also a huge relief for anyone who's been struggling with all their bills," said Jess, who runs a hair salon with her mother and sister. "We're just like any normal family. It's just a huge relief."

Also, the family, which includes two elementary-school-age children and a number of pets including horses, ponies, dogs and even geckos, is planning a rare family vacation -- and likely the purchase of a new car. "We never go on vacation," Jess explained. "Our children would die for driving in the sun." Destination: still unclear. One of the kids would rather go to Hawaii, the other to a Texas horse ranch. The jackpot represents a new record in the UK. It is the second largest in the history of "Euromillions", which is played in nine European countries.

1 Motive is still unclear: 21-year-old shoots at school... 2 Gnashing of teeth at the FDP: Traffic light suspends... 3 Fight against land speculation: Ampel wants to end... 4 "Even more dependent than with natural gas":... 5 Haas plans updates later: Mick Schumacher receives... 6 No relaunch of coalition: Jamaica talks in North collapsed 7 Evacuation at the Ice Hockey World Championships:... 8 What does he look like?: The Take That star is hardly... 9 Hit with "Conquest of Paradise": film composer... 10 Activists face the death penalty: Lukashenko bans... 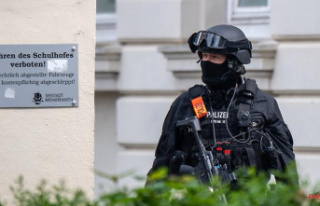