From the shadows to the stage, Saudi DJs headline

"A lot of female DJs have emerged" in recent years in Saudi Arabia, explains Leen Naïf, whose real name is, interviewed by AFP at the end of May, assuring that the public has become "more comfortable" with this presence. 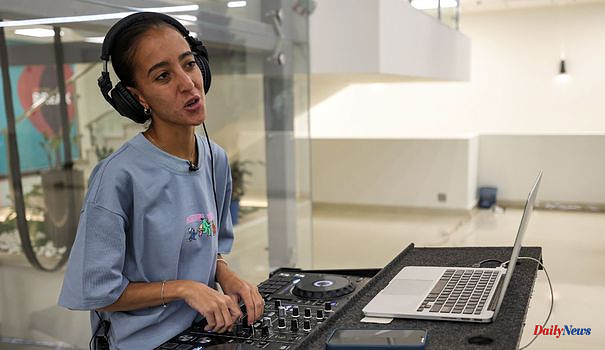 "A lot of female DJs have emerged" in recent years in Saudi Arabia, explains Leen Naïf, whose real name is, interviewed by AFP at the end of May, assuring that the public has become "more comfortable" with this presence. feminine.

This is not her first show for this 26-year-old Saudi woman and she has managed to make a name for herself on the music scene in her country and even in the region. She has participated in major events, such as the Formula 1 Grand Prix in Jeddah or the Universal Exhibition in Dubai.

An unexpected journey and an important step for her as for other female DJs who have been able to gradually enroll in this discipline, in a country that is nevertheless very conservative.

Among other things, they have taken advantage, over the past few years, of the reforms carried out in all directions by Crown Prince Mohammed ben Salman to open up the kingdom to entertainment and break its image as an austere Muslim country.

The organization of concerts and pop or electronic music festivals hosted by female DJs, in front of an audience that can now be mixed, is a change that "we did not expect", rejoices Mohammed Nassar, a well-known Saudi DJ. under the name of Vinyl Mode.

"We now see more female artists emerging," he told AFP. Before, "it was just a hobby they had to do in their bedroom. Now they can even have a career. So it's really great".

It was during her adolescence that Leen Naïf was introduced to electronic music by one of her uncles and she very quickly wondered if she could make a career out of it.

Her friends dreamed of becoming doctors or teachers, but Leen admits to not having the patience to study for a long time. "I was made to work, not to study," she explains.

She was lucky, unlike other female DJs, to be immediately encouraged in this direction by her parents and brothers and sisters.

But his role as DJ is not to everyone's taste and remarks have been made. Like at a concert a few years ago, when a man approached her saying she was "not allowed" to be behind the decks. "Why are you doing this?" he reproached him, remembers Leen Naïf. These complaints led to the removal of the girl from the scene.

But today such a situation would not be repeated, according to her. "Today I bet the same man if he saw me would be in the front row," she adds.

DJ Leen benefits from the support of the authorities who want to restore their image by giving a modern and feminized vision of their country, regularly criticized for its serious human rights violations, such as the relentless repression of dissident voices, and those of several feminist activists.

She was able to mix for the first time in front of an international audience under the colors of Saudi Arabia in 2020 during the Universal Exhibition in Dubai.

For other female DJs, the situation is different and some have encountered more opposition. Lujain Albishi, aka Biirdperson, started hitting the decks at the start of the pandemic. But her family disapproved of her when she started talking about making a career out of it.

In many Saudi families, "you have to be a doctor or an engineer, so for me it was difficult to get into music fully," she told AFP.

Lujain Albishi did not give up on his dream, performing at private parties. Then, last year, she was "very proud" to participate in the MDLBeast Soundstorm. This new festival, organized in the capital Ryad, attracted some 700,000 aficionados, with international headliners including the Frenchman David Guetta.

"My family came and saw me on stage. They were dancing, they were happy," recalls Lujain Albishi, convinced that women will continue in this environment.

"I don't really see a gender difference," she says. "My music is not intended rather for women or men, but for all those who love music". 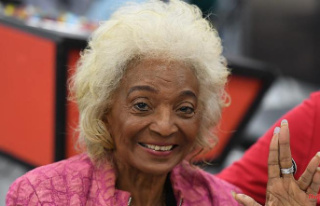