In May 2021 there was frustration at Eintracht Frankfurt. 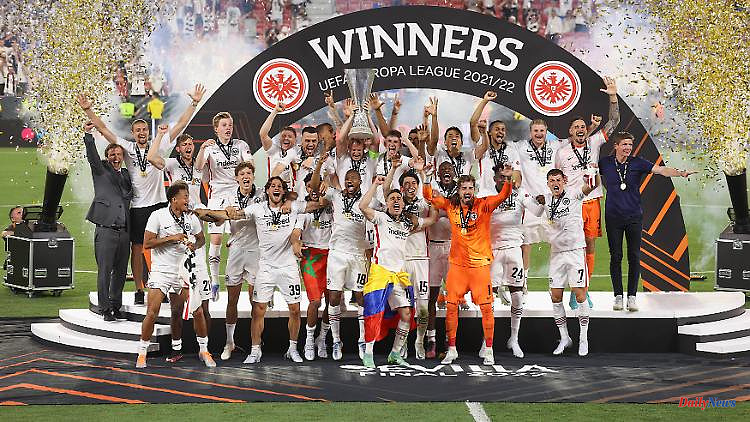 In May 2021 there was frustration at Eintracht Frankfurt. Participation in the Champions League for the first time was lost in the last few meters, and several important protagonists announced their departure. A year later, the club is the Europa League winner and moves directly into the premier class. The chronology of a crazy year:

April 13, 2021 - Adi Hütter's departure: Magical Europa League nights and the semi-finals in 2019, but Adi Hütter wants to take the next step and leave Hessen. The Austrian opts for a move to Borussia Mönchengladbach, who will transfer €7.5m to Eintracht. A good year later, Hütter will leave Borussia again.

April 14, 2021 - Sport Director Bobic moves to Hertha: Just one day after Hütter's departure, Sport Director Fredi Bobic also says goodbye. The former top scorer announces his move to Hertha BSC. 13 months later, Frankfurt is playing for a title in the final. Bobic and his Hertha have to prepare for the relegation in the training camp in Kienbaum.

May 26, 2021 - Signing Glasner: After difficult weeks, including a playful premier class qualification, there is a ray of hope in Hessen. Oliver Glasner comes from VfL Wolfsburg and is to follow compatriot Hütter. Glasner has to explain publicly why he is moving from a Champions League club to a Europa League club.

July 2, 2021 - Top striker Silva is moving to Leipzig: coach gone, sports director gone - and now top scorer André Silva, who scored 28 Bundesliga goals in the 2020/21 season. The Portuguese is drawn to RB Leipzig, and the Colombian Rafael Borré will be his successor in the summer.

August 27, 2021 - Kostic strike: Winger Filip Kostic is refusing to train to force a move to Lazio. "Of course, Filip's approach irritates us a lot," says Bobic's successor Markus Krösche. Eintracht remains tough and holds the Serbs, who then plays a strong season.

November 7, 2021 - Krösche and the relegation battle: On the day of the game at SpVgg. Greuther Fürth sits sports director Krösche in the Sport1 "double pass" and has to defend his coach Glasner against criticism. Krösche is repeatedly forced to explain whether Eintracht is prepared for the relegation battle.

January 20, 2022 - Knauff joins on loan: Reinforcement for the right side who will prove to be a hit. Eintracht has loaned top talent Ansgar Knauff from Borussia Dortmund for a year and a half. The winger scores in the important games against Barcelona and West Ham, among others.

March 17, 2022 - Last-minute madness against Betis: Penalties threaten in the round of 16 of the Europa League, but then the last-minute coup succeeds in front of their home crowd. Martin Hinteregger is celebrated as a goal scorer after a set piece, but the redeeming 1:1 to progress is an own goal. A day later, Frankfurt is drawn to Barcelona.

April 14, 2022 - 30,000 Frankfurters at the Camp Nou: After a 1-1 draw in the first leg, tens of thousands of Eintracht fans travel to Catalonia to experience the game at the Camp Nou. Around 30,000 make it to the legendary stadium and experience a historic evening including a semi-final entry at 3:2. Kostic, who still wanted to leave in the summer, proudly hoists the jersey in front of the white fan curve. Peter Fischer drinks canned beer with the fans at Placa de Catalunya.

May 5, 2022 - Reaching the final with a storm: The 2-1 win in the first leg and an early dismissal in the second leg inspire Eintracht in the semifinals against West Ham United. After two wins, they easily make it into the final. The fans storm the pitch and cheer even louder when the stadium announcer announces the opponent in the final: It's Glasgow Rangers - and not RB Leipzig.

May 18, 2022 - Coronation of Seville: Eintracht Frankfurt is Europa League winner. With a 5-4 penalty shoot-out against Glasgow Rangers, the Hessians were crowned the first German champions in this competition in 25 years. Over 100,000 fans from both clubs are in Seville making the day a football holiday.

May 19, 2022 - Reception at the Römer: 100,000 Eintracht fans are expected to attend the big title party at the Römer in Frankfurt this Thursday. The party should clearly exceed the celebrations after the DFB Cup victory in 2018.

August 10, 2022 - European Supercup: As the Europa League winner, there is another European bonus game for the Hessians. In the Supercup it's against the winner of the Champions League - Real Madrid or Liverpool FC. 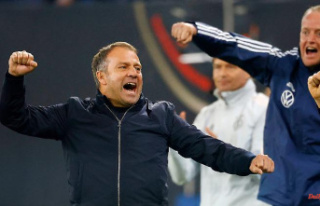