From waiter to Hollywood star: Steve Carell - a nonsense with a serious side

Steve Carell first worked at the post office and was a waiter before he became a successful actor - and in very different roles. 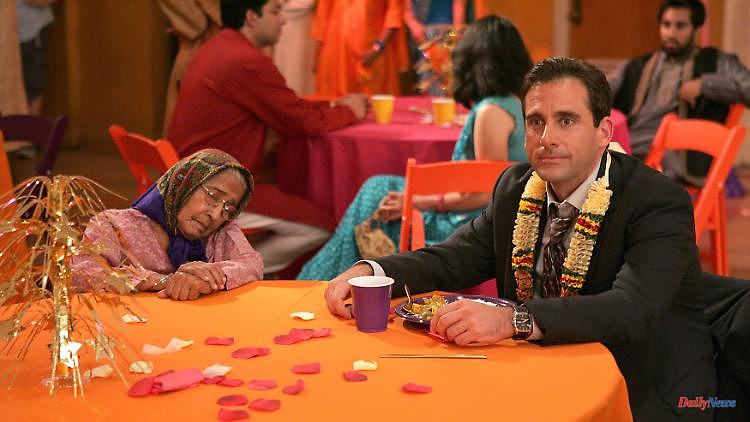 Steve Carell first worked at the post office and was a waiter before he became a successful actor - and in very different roles. After many rather comic characters, things can get serious in recent years. Now Carell is 60 - and of course continues to shoot: soon with Wes Anderson.

From waiter to theater actor, to comedian to all-round Hollywood star. That's a good way to describe Steve Carell's career path. The American celebrates his 60th birthday on August 16th. A look back shows how he developed from a witty improvisational artist to one of the most sought-after character actors of our time.

The youngest of five brothers, Steve John Carell grew up in Acton, Massachusetts. His mother had Polish ancestry, his father German and Italian. The name Carell used to be actually Caroselli - but the family changed it in the 1950s. Carell was raised Roman Catholic and went through a low-key school life. In his spare time he played ice hockey and lacrosse and the fife. In 1984 he received his degree in history.

Carell's first job was at the US Post Office. And he waited. One day he was allowed to serve musician Alice Cooper, as he revealed on Jimmy Fallon's "The Tonight Show". Fallon previously joked that Carell was a double of Cooper. "He's the nicest person in the world," Carell then revealed of the "Poison" hitmaker.

Steve Carell's acting career began at a children's theater, later he was cast in musicals and TV commercials. From 1991 he played several plays with the legendary improv group The Second City. In that ensemble, tonight's late night show host Stephen Colbert was Carell's understudy. They became good friends. They also appeared together on The Dana Carvey Show and The Daily Show. In 2019, they re-enacted their old sketches on Colbert's The Late Show.

In 2005, the actor signed a deal that would change his life overnight. He committed himself to a remake of the British series "The Office". Michael Scott starred as the eccentric boss of a medium-sized paper supply company for six years. But the success of the mockumentary was a long time coming.

The first season of The Office flopped. Nevertheless, the broadcaster NBC extended the contracts. Reason for this: Steve Carell's groundbreaking success with the comedy "Virgo (40), Male, sucht ...". He stars in the 2005 film alongside Paul Rudd, Seth Rogen and Catherine Keener. As the film's name suggests, its character, Andy Stitzer, is a 40-year-old male virgin whose friends try to get him a sex partner. This task turns out to be more difficult than expected. Carell received an MTV Movie Award in 2006 for his performance.

This boom also helped "The Office" to better ratings. In 2006, the American, who incidentally runs a general store in Massachusetts, received a Golden Globe and a Television Critics Association Award for his role as Michael Scott. Carell starred on the series from 2005 to 2011 and received six Emmy nominations during that time. Despite the massive success, he himself has hardly seen episodes of "The Office," as he explained in an interview with "Buzzfeed Celeb."

Steve Carell has not only played comedic roles in the course of his career. In "Beautiful Boy" (2018) he played the sympathetic father of a drug-addicted teenager (played by Timothée Chalamet). "The Big Short" (2015) shows him as a cynical investment entrepreneur Mark Baum. In the sports drama "Foxcatcher" (2014) Carell can be seen as millionaire and financier John E. du Pont. In 2018, he played Donald Rumsfeld in Vice, the biopic about Dick Cheney.

Explaining Carell's decision to play a role in a 2018 interview with Esquire: "I just hope I can find the humanity in the people I'm playing. If I can't find it, I wouldn't take the role ." In fact, in recent years, he's turned to more serious film genres rather than dwelling on his specialty of comedy.

He has also held another special task for more than ten years now. Carell dubbed the super villain Gru in the English versions of the "Despicable Me" films and their "Minions" offshoot. In 2010 he could never have imagined that the fascination of the audience with Gru and the yellow, hilarious Minions would be so great would. "When the movie came out, nobody expected it to be so successful and popular," he told Buzzfeed Celeb.

At 60, Steve Carell can now look back on an unparalleled career. He made the leap from comedy star to versatile character actor and even received an Oscar nomination. If you were shooting a biopic about Steve Carell, he would already know who should play the leading role: Ryan Gosling! Although his life is the "boringest story ever," he would cast Gosling in this hypothetical scenario. "Just because of my ego," Carell laughed. They stood in front of the camera together for the must-see comedy "Crazy, Stupid, Love" (2011).

Carell was last seen as a young Gru in Minions. His next project is a Wes Anderson film: "Asteroid City" with Tilda Swinton, Jeff Goldblum and Tom Hanks. It is not yet known when the romance will appear. As he emphasizes in many of his interviews, the family man will again spend a lot of time with his wife Nancy and his children, daughter Elisabeth Anne and son John, aged 21 and 18, during his breaks in filming. Maybe he's helping his youngest offspring with their college applications. 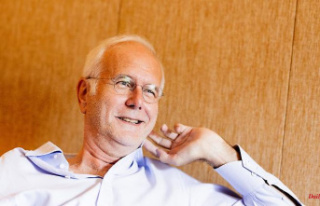